(Clearwisdom.net) The Divine Performing Arts 2009 world tour will start on December 19, 2008. DPA will put on shows in Philadelphia, Atlanta, and Fort Lauderdale that day. There will be shows in major cities in the U.S., follow by Asia, Europe and Australia.

DPA performed its Chinese New Year Spectacular in Philadelphia earlier in 2008. Bill Greenlee, member of city council, said that it was a great performance. KYW news in Philadelphia reported that children loved the show.

In Taiwan, twenty thousand tickets were sold in five days in early December. Chang Rui-Lan, Chief Secretary of the NTDTV International Culture Association, the sponsor of DPA's tour, said that its unique charm had driven the demand for tickets. DPA has toured North America, Europe, Australia, and Asia and performed 215 shows in over 60 cities.

Review of Performances in Japan

DPA landed in Japan on February 12, 2008, and began its tour in Asia. It had nine shows in Japan, nine in Korea, and twenty-two in Taiwan. 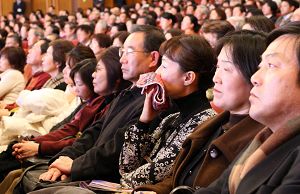 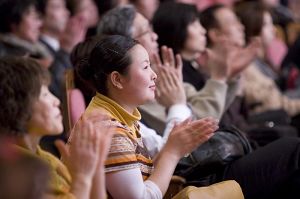 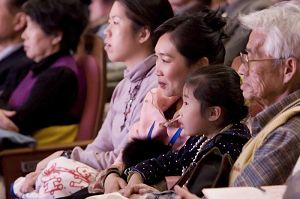 Back in 2007 when DPA performed in Japan, Mr. Matsukawa Makoto was not successful in getting a ticket. A year later in February 2008, Mr. Matsukawa came across the person who told him to buy a ticket to DPA's show last year, and this time he got tickets. Mr. Matsukawa was so moved by the show that he sat in the theater after the show was over and said, "This must be a part of predestination. This was my first time watching Chinese classical dance. I am very satisfied. The solo performances by the vocalists are especially enjoyable. The last song by tenor Hong Ming impressed me so much."

Feeling the Long History of China

Mr. Yokoyama Masato, member of the Yakohama city council, watched DPA's show in Tokyo. Mr. Yokoyama said, "I felt the long history of China. The stage was amazing. The Risen Lotus Flower was the most impressive to me. The three ladies held on to their belief and were tortured. This story that happened in China really shocked me." 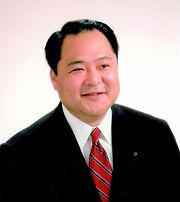 Manifesting Divine Beings Through the Performance

Mr. Kato Minami, Minister of Policy in Liandu City, Aichi, Japan, applauded the show, "It was a beautiful performance. Buddhas and celestial beings were manifested through the performance and they became very easy to embrace. Issues in history are hard to present on stage, but DPA did a great job. The dances were beautiful and different from modern dance. I felt that the artists expressed the purity to my heart." 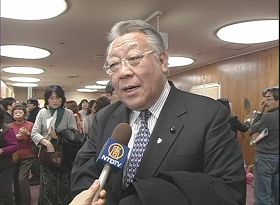 "The Loyalty of Yue Fei Made Me Cry"

Mr. Su Ling, editor-in-chief of the Japan Xinhua Times exclaimed, "It felt great. Several programs were so touching. I don't get emotional easily but my eyes were brimming with tears."

Mr. Su said with excitement that in The Loyalty of Yue Fei, Yue Fei's mother tattooed inspirational words on his back, and it showed her noble thoughts of patriotism, "The Chinese people love their country and fight for freedom and well-being of the nation. That kind of spirit was very moving and I could not help but cry at the sight of it."

Mr. Fukabori, director of a film-making company in Japan, said, "The male dancers were especially impressive. The chopstick dance brought out the majestic and masculine touch of Mongolian men, which is really impressive." 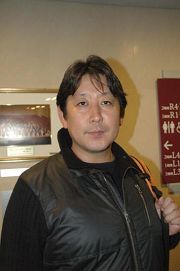 Mr. Fukabori was also amazed by the Erhu performance and solos from the sopranos, tenors and baritones. Talking about the background projection, he said, "This type of stage design is not often seen, but the effects were the best."

Ms. Li Meinan, President of the Tokyo Li Meinan Dance Research Institute, was impressed with show. She said, "The performance is very traditional, with some of the dances coming from people's daily lives. These traditional arts were perfectly presented on stage. Seeing the show was soul-cleansing." Ms. Li also said that after seeing The Risen Lotus Flower, she said that it portrayed well the concept of good and evil receiving its due reward and punishment.

Ms. Hanaoka Fumiyo, manager of Rapisu, a color and image consulting firm, commented on the colors used in the show, "The costumes combined contrasting colors and because of the relative intensities, the colors looked beautiful. The background and the costumes are in the same color group. The effects of the colors gave the feeling of traditional China -- elegant and stunning."

Ms. Hanaoka said the performance used the five colors from the yinyang five element theory, "For the person with highest status, DPA used gold color and the contrasting purple color. From there, yellow derives into cyan and purple derives into yellowish green, so on and so forth. That was very interesting."

"Immersed in a Divine Environment"

Professor Yamamoto talked about his experience at the show. He wasn't interested in dancing and did not pay attention to the advertisements for DPA. One night he dreamt of a figure who looked just like the person on the front of the DPA flyer. He said, "This felt like a hint of some sort, so I came. The show immersed me in a divine environment."

“Malaysia: Calling for an End to the Persecution on International Human Rights Day (Photo)”