The Divine Performing Arts (DPA) presented its second show in the capital city of Australia at the Canberra Theatre Center at noon on April 12, 2008. The audience frequently erupted into hearty applause, and at the shows conclusion, cheers resounded throughout the theater like a roll of thunder.

Huang Liming is a pharmacist, originally from China. She returned to see the show again after attending last year's Chinese Spectacular. She said during the intermission that the show was wonderful beyond words. It took her inside the stories and she felt as if she had traveled back to her childhood. She said it was an unforgettable experience. 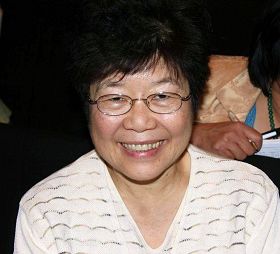 Ms. Huang said excitedly that all the programs left indelible marks in her mind, "Everything touched me profoundly. I was especially impressed by 'Drummers of the Tang Court' and 'Nymphs of the Sea'. The performers are a living embodiment of the beauty and grace of classical Chinese culture with quintessential Chinese characteristics. Its joy supreme! The Erhu score ("Redemptive Suffering") accompanied by piano took my breath away. Every program was cream of the crop!"

Helen, an artist, paid lavish compliments to the show, "The expression of Chinese customs in 'Water Sleeves', where the choreography and the dancers themselves were absolutely perfect! I was deeply moved by the performance. I saw so many things that inspired me in the show. I understood all of the legends being played out on stage and I knew what they were trying to say. I love the Spectacular! It's phenomenal! The costumes were refined and the backdrop was magnificent! I learned a lot about Chinese culture by watching the Divine Performing Arts." 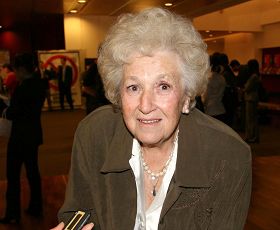 Artist Helen said that every aspect of the show, including the costumes, the choreography and the dancers, was pure perfection

"'The Power of Awareness' was the most heartrending because of the little girl and the concept of Truth, Compassion, and Tolerance. I know Falun Gong is persecuted in China. My heart aches for them and they are truly courageous. I think they are magnificent human beings. All the programs were realistic."

"The DPA is highly innovative and communicates a broad spectrum of ideas with amazing depth, which leaves a long-lasting impression on the audience. As a Westerner who enjoys lots of freedom, I oppose all forms of persecution over matters of faith and belief."

Restaurant manager Chen Fan brought his son to the Spectacular. He said, "He and I enjoyed everything. The whole time, we were completely immersed in the lustrous loveliness of it all. Aesthetically speaking, the colors, the backdrop, the songs, the dances, and the orchestra were flawless. You could tell that the performers received systematic training." 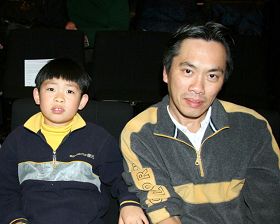 Mr. Chen continued, "The backdrop, and the hosts' dialog contributed to the overall dynamic and also helped us to better understand the scenes. The ethnic dances were of a great variety and included the Hans, the Manchurians, the Mongolians, the Tibetans and the Dais. What struck me was how all of the performers moved in such perfect synchronization that it was like one person dancing. DPA is true to its reputation. I feel so blessed that I was able to see this because it's not possible in China. The Spectacular should really make an effort to go to China so our fellow countrymen can also enjoy this truly divine gift."