(Minghui.org) Around last year’s Human Rights Day on December 10, 2022, Falun Gong practitioners in 38 countries submitted a new list of perpetrators to their governments, urging sanctions against these individuals for their active role in the persecution of Falun Gong. Practitioners have requested that their governments bar these individuals from entry and freeze their overseas assets. The countries receiving the new list of perpetrators consist of the United States, Canada, the United Kingdom, Australia, New Zealand, 22 European Union nations, and 11 additional countries from Asia, Europe, and the Americas.

Among the perpetrators listed was Yang Hongmei, vice president of the Changli County Court, Hebei Province. 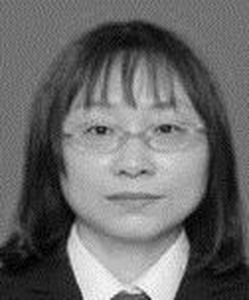 1997: clerk and judge of the Changli County Court in Qinhuangdao City, Hebei Province

2008: head of the juvenile court in Changli County

May 2020: head of the criminal trial court of Changli County

Yang Hongmei has been actively involved in the persecution of Falun Gong since 2001, sentencing more than 30 practitioners. Two practitioners sentenced by Yang, Mr. Pan Yingshun and Mr. Wei Qishan, died while serving time in prison.

The following are some of Yang's key cases of sentencing Falun Gong practitioners.

Mr. Pan Yingshun’s family received a call in July 2021 from the prison and was told that he had been sent to an intensive care unit. His three children rushed to the hospital, but were blocked outside by the doctor, who cited pandemic-related regulations. After repeated pleas, they were allowed to take a quick look at Mr. Pan, who was unconscious.

Mr. Pan’s children asked the prison guard watching him what had happened. The guard responded that an inmate poured boiling water on him on July 6. He was moved to the prison hospital five days later and transferred to a regular hospital on July 19.

Mr. Pan’s children asked to see the surveillance camera footage to verify the guard’s account, but their request was denied. Mr. Pan passed away on July 30. He was 70 years old.

Mr. Pan and his wife, Ms. Zhai Suping, of Qinhuangdao City, Shandong Province, were arrested at their family-owned pharmacy on January 19, 2018, after the police claimed to have caught them on surveillance camera putting up stickers with information about the persecution of Falun Gong. The police drove Mr. Pan to a place where a self-adhesive sticker was posted and took photos of him with the sticker, which contained information about how the head of the local Domestic Security Office persecuted Falun Gong.

Mr. Pan was sentenced to four years and six months in Jidong Prison, and Ms. Zhai to four years and nine months in Shijiazhuang Women’s Prison on January 30, 2019 by the Changli County Court. Both of the prisons are in nearby Hebei Province. It’s not clear whether the couple’s children have informed Ms. Zhai, who is still serving time, of Mr. Pan’s death.

Mr. Wei Qishan was tortured to death in the Qinhuangdao City Detention Center in Hebei Province on the evening of November 23, 2019. Before his death, he had been sentenced to four years in prison, and his wife, Ms. Yu Shurong, was sentenced to three and a half years in prison.

Around 9:20 p.m. on November 23, Mr. Wei’s two sons received calls from the Qinhuangdao City Detention Center and were told that their father was dying in the Qinhuangdao City People’s Hospital. As both sons live some distance from their hometown, they called their aunt and asked her to go to the hospital to check on their father. Ten minutes later, the police called Mr. Wei’s sons again and informed them that Mr. Wei had just passed away.

Mr. Wei’s sister-in-law rushed to the hospital and saw his body, which was still on a stretcher but not in the emergency room. She noted that Mr. Wei’s eyes were half-open. His right arm was hanging down and his right sleeve was wet. She rolled his sleeve halfway up and saw that his right arm was black and purple.

Mr. Li Yanchun and his wife, Ms. Pei Yuxian, were arrested on November 25, 2018, after being reported for handing out calendars containing information about Falun Gong. They were handcuffed and shackled while being interrogated. The officers later took the couple to their home and ransacked the place. When Mr. Li resisted, officers slapped him in the face, causing his mouth to bleed. They forced him to kneel with his hands cuffed behind his back.

After 20 hours of detention, Mr. Li was released on bail due to high blood pressure. Ms. Pei was taken to the Qinhuangdao City Detention Center.

Ms. Wen Yulan appeared in the Changli County Court on August 16, 2018. Her hearing only lasted 40 minutes. The judge didn’t allow her family to hire a lawyer to enter a not guilty plea for her, threatening to give her a heavy term if they did. Her family weren’t allowed to attend the hearing either. The judge announced that Ms. Wen was sentenced to 3.5 years on September 6, 2018.

Another practitioner, Ms. Zhang Sulan, was tried by the court on the same day. She was later sentenced to 3 years.

Case 5: Mr. Zuo Hongtao and Four Others Given Heavy Terms

Mr. Gao Xingtai, 66, Ms. Li Guibin, 76, and Ms. Shang Xiaojun (who has died as a result of the persecution) were studying Falun Gong’s teachings together on April 27, 2018, when the police broke in and arrested them. Due to Mr. Gao and Ms. Li’s high blood pressure, they were refused admission by the detention center and released on bail.

The police arrested Mr. Gao again on March 21, 2019 and took him to Ms. Li’s home, where the judge held a hearing for both of them. By then, Ms. Li was already bedridden and unable to talk. Yet the judge still sentenced her to four years with a 10,000-yuan fine and Mr. Gao to seven years with a 20,000-yuan fine on July 16.

Ms. Peng Xiuli was arrested on November 3, 2018 for talking to people about Falun Gong. She appeared in the Changli County Court on July 17, 2019 and was sentenced to four years on August 27, 2019.

Ms. Kang Hongying, nearly 70, was arrested on August 6, 2018 for distributing Falun Gong materials. She appeared in the Changli County Court on January 17, 2019 and was later sentenced to seven months and fined 3,000 yuan.

Ms. Yang Fengying and Ms. Zhang Ying were arrested on December 9, 2017 while talking to people about Falun Gong at a farmers market. Their arrests were approved on January 16, 2018. Ms. Yang was later sentenced to 3 years and Ms. Zhang to 3.5 years.

Ms. Pang Xiaohong was arrested on April 27, 2017. When she appeared in court on March 19, 2018, the judge didn’t allow her lawyer to enter a not guilty plea for her. Ms. Pang refused to accept the court-appointed lawyer, who was instructed to enter a guilty plea. Her self defense was also interrupted by the judge. She was sentenced to four years on May 7.

Ms. Yang Jinmei was also arrested on April 27, 2017 for talking to people about Falun Gong. She also stood trial without legal representation and was sentenced to five years.