(Minghui.org) Newark held a celebration of the 67th anniversary of its founding on September 17, 2022. Falun Gong practitioners from Newark and nearby areas participated in the event and were well received. 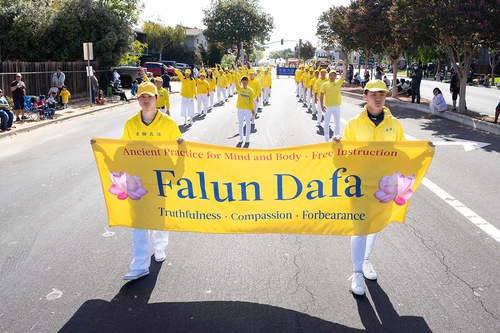 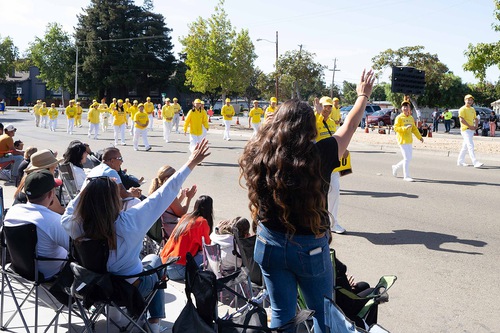 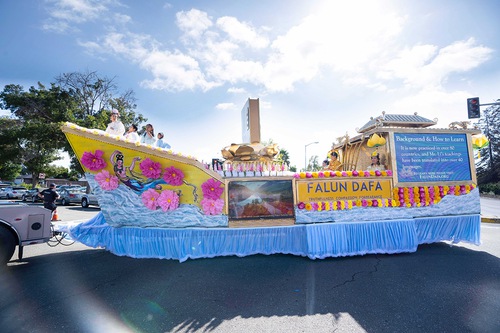 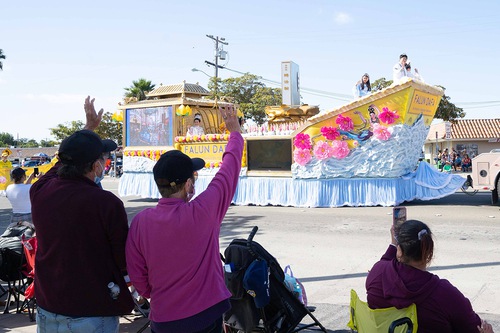 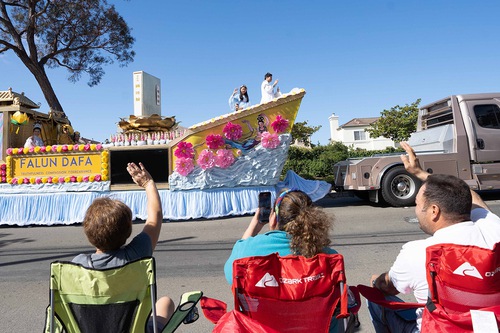 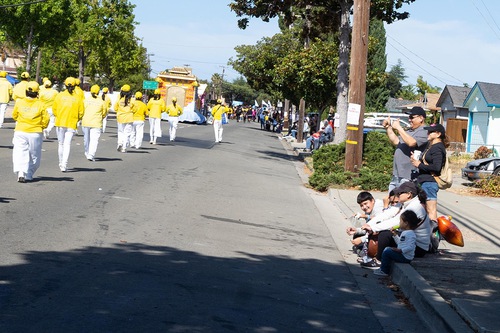 Thumbs up to the practitioners. 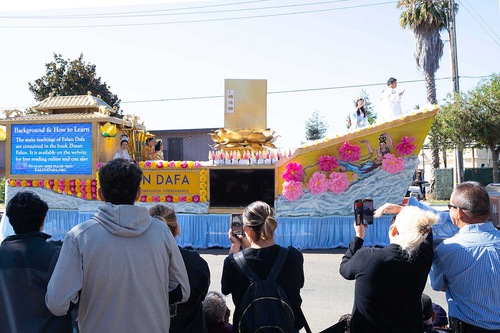 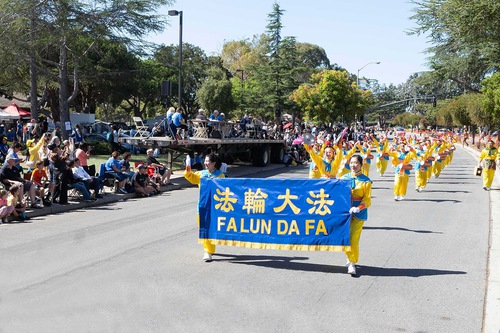 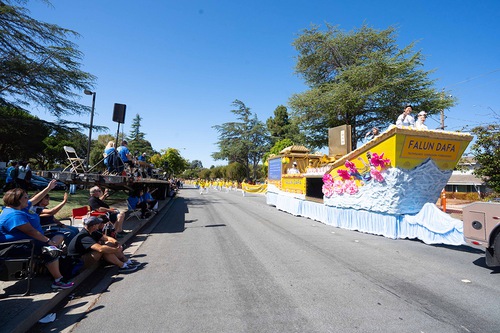 The parade was two miles long and the streets were crowded with spectators. Eighty-two teams participated in the parade. The Falun Gong procession had floats, an exercise demonstration team and a waist drum team, and was one of the largest groups in the parade. 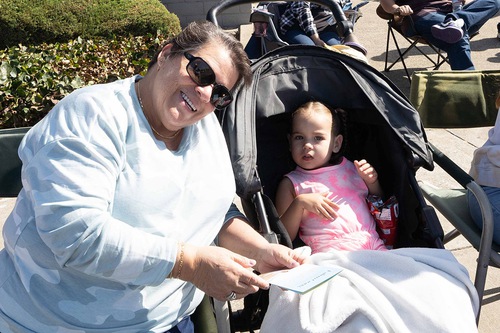 Diena and her child watch the parade

Diena, a Newark resident, sat on the roadside to watch the parade with her child. When Falun Gong practitioners passed by, she applauded happily: “The Falun Gong team brings beauty to Newark. I am moved. I like the principles of Falun Gong: Truthfulness-Compassion-Forbearance. We need it,” she said.

Cecilia said that she really enjoyed the Falun Gong procession. “The Falun Gong team is amazing. They are the best team in today’s parade. I like it very much,” Cecilia said. 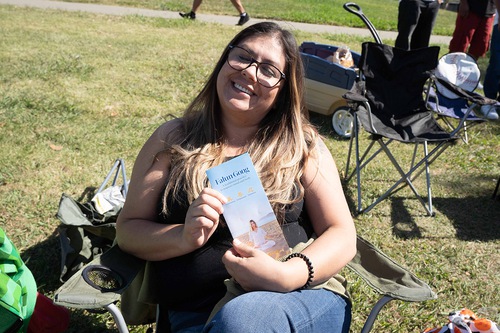 Vanessa was watching the parade and was happy to hear that Falun Gong can help people relieve anxiety and stress.

“I like this team,” she said. “I like Falun Gong’s principle of Truthfulness-Compassion-Forbearance. I really want to learn Falun Gong. This is exactly what I need.” 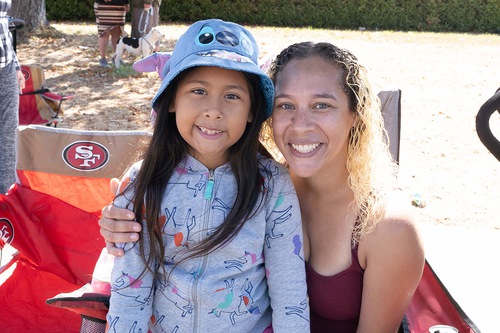 Jessica and her daughter enjoyed the Falun Gong procession.

Jessica took her daughter to the celebration in Newark. She liked the Falun Gong team, “This team is amazing. They look well-trained.”

When she heard that the principles of Falun Gong are Truthfulness-Compassion-Forbearance, she said, “These principles are so beautiful. You are awesome. Falun Gong practitioners look peaceful, and their exercises are comforting to watch.”

The parade moderator introduced Falun Gong when the procession passed by the viewing platform. 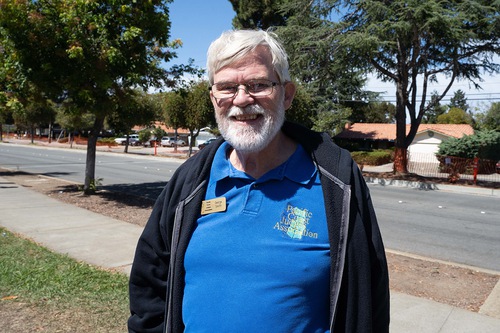 Parade chief judge George Smith is also a composer, and he is invited to be a judge at various parades every year. “I like the Falun Gong team, they are very good. It is the first time I’ve seen such a float, and I like it very much. The peace and harmony that Falun Gong represents is so wonderful,” he said. 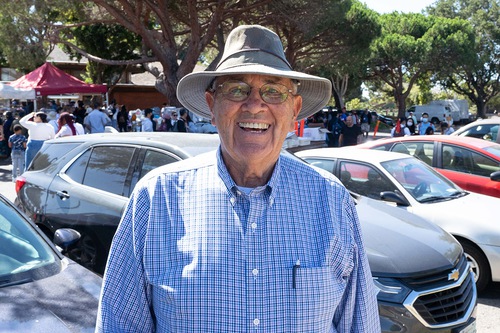 A parade judge, George Carrasco, said that the Falun Gong practitioners’ team was spectacular and the waist drum team was well-trained. He was happy to see the large procession. 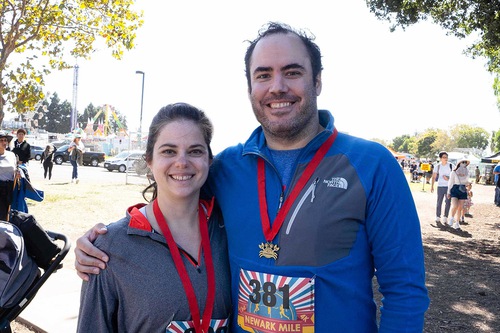 “I like this float. It’s so beautiful,” said Fred, who was hearing about Falun Gong for the first time. He looked at the Falun Gong flyer and said, “Falun Gong’s principles of Truthfulness-Compassion-Forbearance are great, and are exactly what we strive to achieve. Can I keep this flyer? I’ll make further inquiries.”

Falun Gong (also known as Falun Dafa) was first introduced to the public by Mr. Li Hongzhi in Changchun, China, in 1992. The spiritual discipline is now practiced in over 100 countries worldwide. Millions of people who have embraced the teachings—which are based on the principles of Truthfulness, Compassion, and Forbearance—and learned the five exercises have experienced improved health and well-being.