(Minghui.org) On September 14, 2022, Falun Gong practitioners in France held a signature drive in La Défense, a suburb of Paris. They demonstrated the Falun Gong exercises and talked to people about the ongoing persecution of the practice in China.

Located in the west of the city, La Défense is an important business district in the greater Paris region. It has the largest office complex in Europe and is the second largest financial center in Europe after London. When people came out of the office buildings for lunch, they saw Falun Gong banners and display boards. Practitioners played an audio recording introducing people to the practice and educating them about the persecution.

Many office workers and tourists took leaflets and signed petitions calling for an end to the persecution. 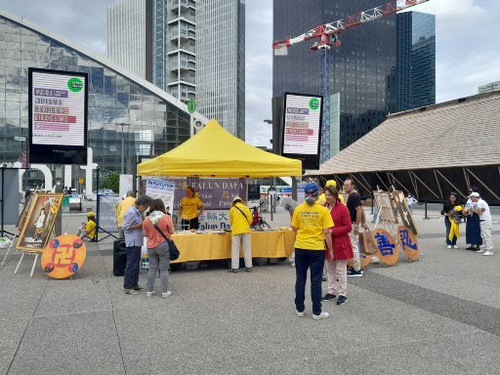 Falun Gong practitioners in France held a signature drive event in La Défense, a suburb of Paris, and demonstrated the Falun Gong exercises on September 14, 2022. 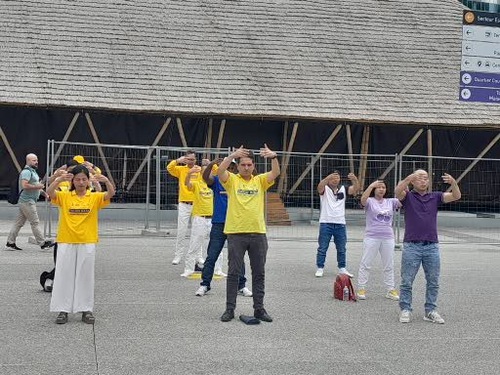 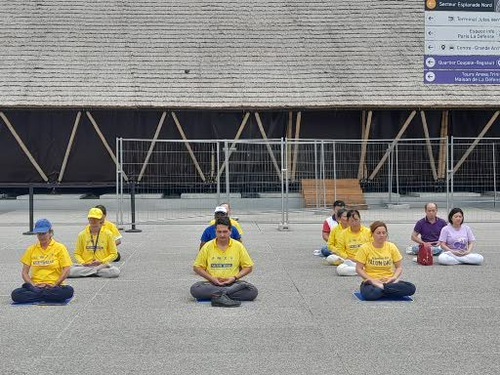 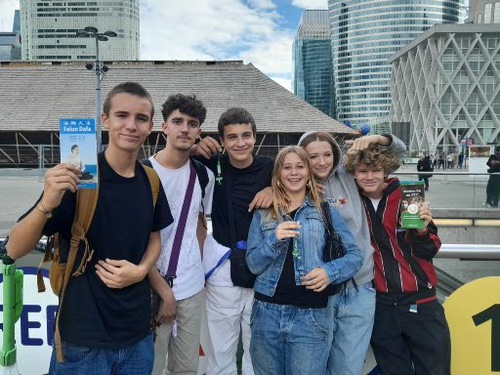 A group of high school students signed a petition to help end the persecution in China. 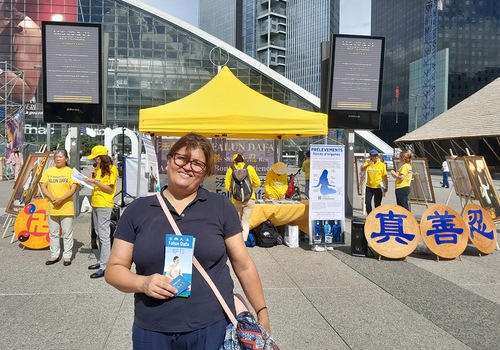