(Minghui.org) Falun Gong practitioners held a rally in front of the State Library in downtown Melbourne, Australia on September 3, 2022, to celebrate 400 million Chinese people withdrawing from the Chinese Communist Party (CCP) and its two affiliated youth organizations, the Youth League and the Young Pioneers.

Bernie Finn, Victorian Legislative Council MP and a member of the Democratic Labour Party, spoke at the rally. He praised the 400 million Chinese as brave and courageous. He commented that communism brings tyranny, death, torture, and evil at all times, and Australians need to support those who are oppressed, and those who live under the yoke of communism. 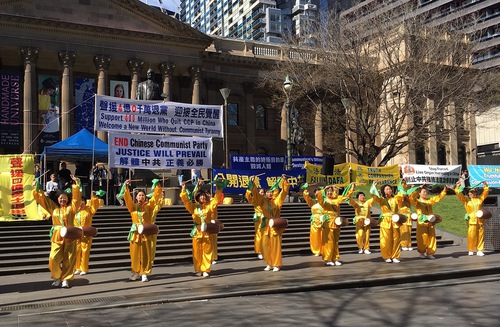 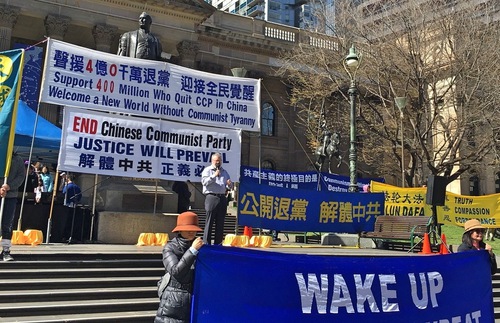 Falun Gong practitioners in Melbourne, Australia, held a rally in front of the State Library in downtown Melbourne to celebrate 400 million Chinese withdrawing from the CCP organizations on September 3, 2022. 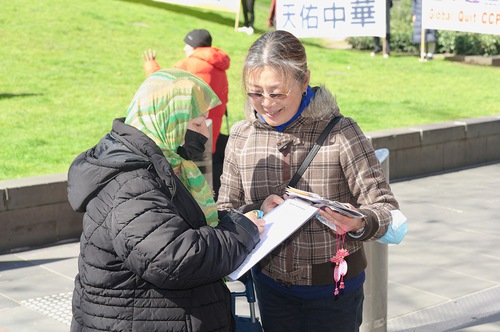 Victorian Legislative Council Member: Chinese Should Not Live in Fear 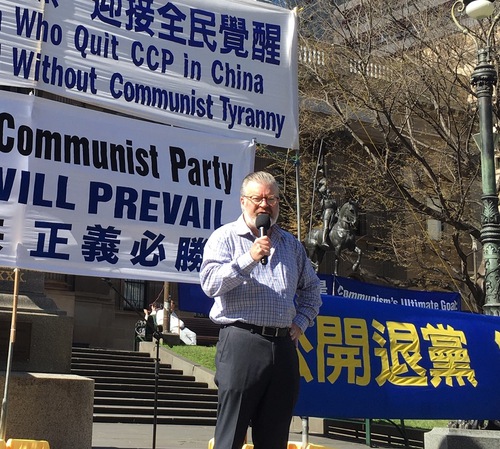 Mr. Finn said that Chinese people should be able to enjoy freedom, and that they “should not live in fear and worry about what the CCP will do to them next.” He said Australia needs to put more pressure on the international community to help bring down the CCP.

“I assure you that I will do my best to support you in your resistance to the CCP, and for every ordinary person in China to have the same freedom and rights as Australians,” he said.

President of VAC VIC: Important to Expose the Evil Deeds of the CCP 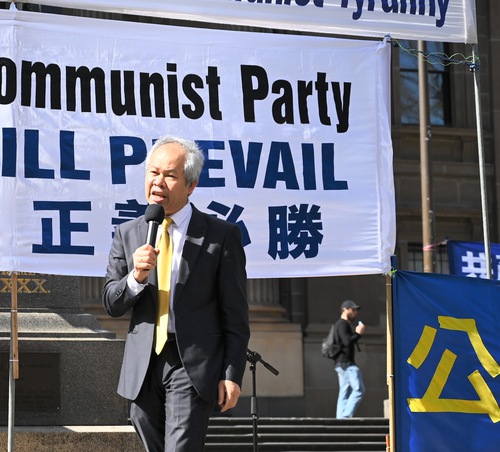 Mr. Bon Nguyen, president of the Victorian Chapter of the Vietnamese Community in Australia, hopes that people will see the true face of the CCP.

Mr. Bon Nguyen, president of the Victorian Chapter of the Vietnamese Community in Australia (VCA VIC), spoke at the rally. He said that the CCP is completely different from the Chinese people, and the CCP is not only “our enemy” but also “the enemy of Chinese people.”

He said many Falun Gong believers have been arrested and had their organs harvested. He wanted the public to recognize the true nature of the CCP, and that the purpose of organ harvesting is to make profits, based on trampling the lives of innocent people. 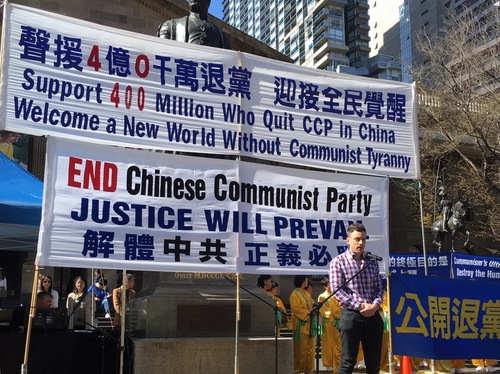 Morgan Jonas, owner of MCJ Report, an independent private media, said that an authoritarian and bully government like the CCP harms every country in the world, and Western countries need to resist the temptation of interests and say “no” to the CCP regime. 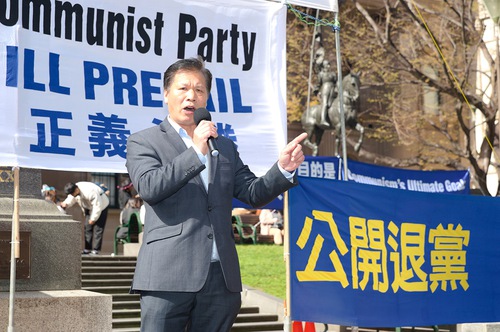 Ruan Jie, president of Melbourne’s Tiananmen Times, addressed the rally and said that the nature of the Chinese Communist Party is against humanity and “only when the CCP perishes and the CCP regime perishes can human society have peace and tranquility.” 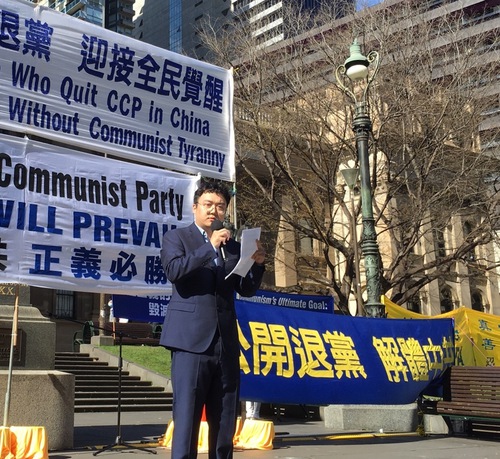 Mr. Hu Zhongnan, deputy secretary of the Melbourne Democracy Alliance, said that quitting the CCP marks a person’s separation from dark authoritarianism, and a complete farewell to the immoral cultural brainwashing of the CCP. He believes that everyone needs to take the initiative from their heart to make a choice and to get rid of the CCP. Hu added that all members of the Melbourne Democratic Movement Alliance have quit the CCP and its affiliated organizations. 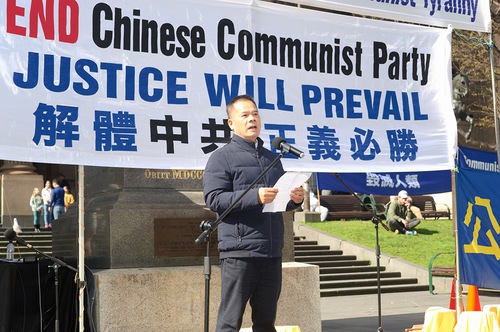 A democracy advocate spoke at the rally and said that Falun Dafa has made extraordinary contributions to the stability of Chinese society and the improvement of morality.

“Crimes Committed by Jian Biao in the Persecution of Falun Gong”

“Belated News: Small Business Owner Falls to His Death After Police Push Him out of a Window”