(Minghui.org) A Chengdu City, Sichuan Province resident was sentenced to seven years on June 28, 2022, by the Xindu District Court for practicing Falun Gong.

Ms. Li Yun, in her 50s, was arrested on April 25, 2021, as she returned home after work. Another five practitioners were arrested weeks later on May 12 and sentenced together with Ms. Li. Among them, Ms. Zhang Xunjun was sentenced to ten years, and Ms. Liu Guohua and Mr. Huang Huaizhou were given five and three years, respectively. Ms. Xie Shiying and Ms. Zhou Yuxiu’s verdicts are unknown.

Prior to her latest sentencing, Ms. Li has been repeatedly targeted since 1999 for upholding her faith.

Ms. Li’s next arrest was in November 2000. The 3,000 yuan cash she had was confiscated by the police. She was tortured during the seven days at a detention center and then taken to a brainwashing center. She held a hunger strike to protest the persecution and was force-fed. Her home was also ransacked and the valuables were taken away.

Ms. Li was arrested again in 2001 and given one year at Sichuan Province Women’s Forced Labor Camp. When her term expired, the police held her at a detention center and then a brainwashing center for three months.

Not long after she was released, Ms. Li was arrested one more time on July 22, 2002, and later given another labor camp term.

Ms. Li was once forced to stand outdoors during the freezing winter every day for a month. Her feet were frostbitten. They became so swollen that she couldn’t fit into her shoes. 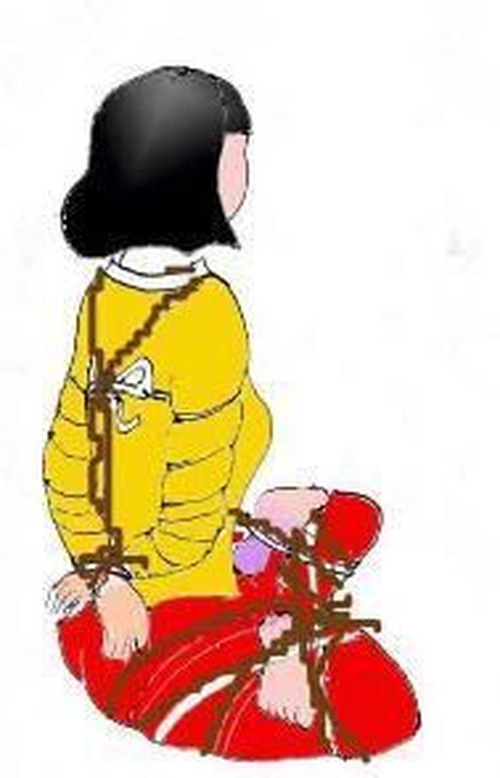 Torture illustration: tied up in a double-lotus position

Ms. Li was arrested again on July 27, 2005, and held at the Xindu District Detention Center.

Six Sichuan Residents Sentenced to Prison for Their Faith

“Stubborn Husband: No Words Can Express My Gratitude to Master Li for Saving Me”