Home > Persecution > Accounts of Persecution
Beijing Woman Faces Trial for Talking to People about Her Faith
Aug. 22, 2022 | By a Minghui correspondent in Beijing, China

(Minghui.org) A 66-year-old Beijing resident is facing trial for her faith in Falun Gong, a spiritual discipline that has been persecuted by the Chinese communist regime since 1999. 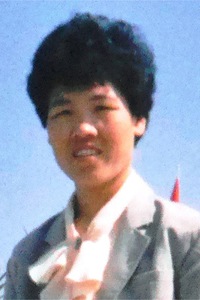 Ms. Zhang Fang was arrested at home on March 9, 2022. The police claimed that someone had reported her for talking to people about Falun Gong on a bus. After checking surveillance video, the police saw someone at the bus station that looked like Ms. Zhang and thus decided to arrest her.

Ms. Zhang was first held at the Beijing Detention Center and forced to sleep on the concrete floor for over two months. Only after her arrest was approved on June 2, did the guards allow her to sleep on the bed.

Since the onset of the persecution in 1999, both Ms. Zhang and her husband, Mr. Chen Fengzhang, a veteran and former employee of Air China Cargo Office, have been repeatedly persecuted for upholding their faith.

On December 12, 2001, the authorities at the Air China Cargo Office worked with the police and local 610 Office to arrest Mr. Chen and detain him at a brainwashing center.

During that time, Ms. Zhang was forced to live away from home to hide from the police. The police located her and deceived her into believing that her son was sick. When she came back to check on her son, they arrested her and took her to the brainwashing center.

At the brainwashing center, sixteen people took turns watching her. They didn’t allow her to sleep and constantly ordered her to renounce Falun Gong. The 610 Office personnel also took her two sisters from their hometown to Beijing and tried to have them persuade her to give in. When Ms. Zhang remained firm, the brainwashing center personnel added unknown drugs into her food. Her tongue became stiff and she kept vomiting. As her condition was serious, the guards had to take her to the hospital for resuscitation.

Ms. Zhang was arrested again at home on April 19, 2002 and taken back to the Chaoyang District Brainwashing Center, where she was held for 15 days. She was later sentenced to three years at the Beijing Women’s Prison, where she was tortured for not renouncing Falun Gong.

Tortured in the Forced Labor Camp

Ms. Zhang was forced to live away from home to hide from the police after being released. She was arrested on April 30, 2008 when she returned home to visit her family. She was later given 2.5 years of forced labor and taken to the Hubei Province Women’s Forced Labor Camp on July 9, 2008.

The Hubei Province Women’s Forced Labor Camp is notorious for torturing Falun Gong practitioners detained there. For those who didn’t renounce Falun Gong, the guards constantly beat them, pricked them with needles and stabbed their vagina with a toothbrush.

Both Ms. Zhang and her husband were arrested on October 15, 2017 for distributing informational materials about Falun Gong. They were detained at the Shunyi District Detention Center for 30 days. As Ms. Zhang refused to sign the statement to renounce Falun Gong, the guards shackled her, forced her to wear a straitjacket and tied her to a wooden board. The inmates in her cell were ordered to sit on small stools for long hours in order to incite hatred against her.

The couple were arrested at home again on March 4, 2020 and interrogated at the police station. After a local detention facility refused to accept them, they were sent back home at around 2 a.m.

From then on, the couple always saw one or two people outside their apartment to monitor them. The police or security personnel in the neighborhood also came every day to confirm that they were at home.