(Minghui.org) A conference was held at the Brussels Press Club on June 29 regarding forced organ harvesting by the Chinese Communist Party (CCP). Hosted by Gary Cartwright, editor of EU Today, this event, held next to the European Parliament, invited panelists that included elected officials and human rights experts. 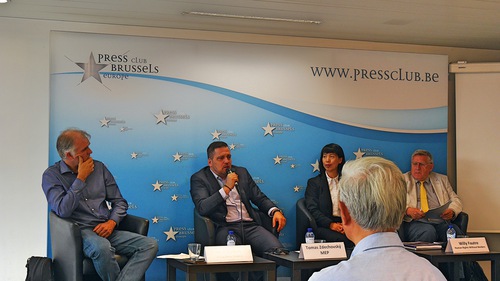 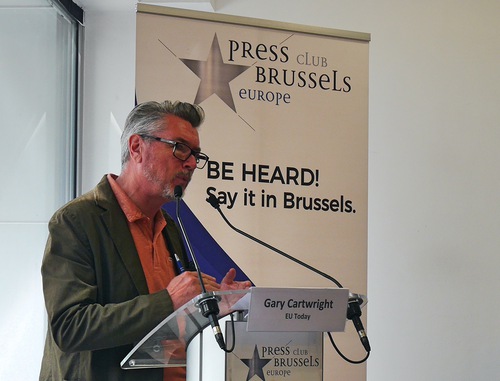 Panelists at the conference discussed how the CCP mobilized its state apparatus to suppress Falun Gong. “It is vital that we talk about Communist China’s completely deplorable behavior,” remarked Tomáš Zdechovský, prominent Czech Member of the European Parliament (MEP), “It is undeniable that China has targeted minorities, including Falun Gong.” 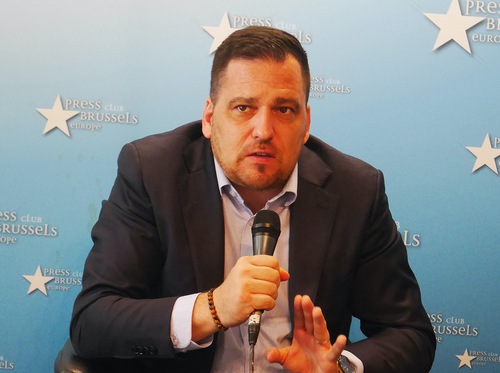 “It is undeniable that organ harvesting is state-sponsored,” Mr. Zdechovský added. When visiting Taiwan, he personally met with Falun Gong practitioners and learned from them about the forced organ harvesting. He said he was shocked to see the photos of organ harvesting victims during his visit.

Zdechovský stated that it is absolutely clear that China targets Falun Gong practitioners, Tibetans and Christians for organ harvesting. That is why he thanked the organizer and participants of the conference, and urged concrete action from the European Parliament on this matter. 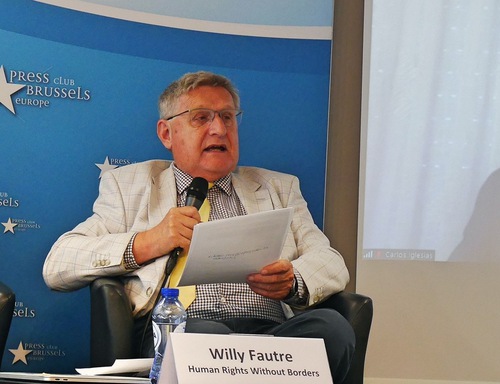 Willy Fautré, Director and Co-Founder of Human Rights Without Frontiers

Willy Fautré, Director and Co-Founder of Human Rights Without Frontiers (HRWF), mentioned many case studies that have been included in his agency’s annual report. He said in an interview that HRWF has been following the persecution of Falun Gong for 20 years. In every annual report, there is a chapter dedicated to Falun Gong. Furthermore, persecution cases are also included in the agency’s monthly briefings.

Over the past 20 plus years, the CCP had produced defamatory propaganda against Falun Gong, when in reality, Falun Gong practitioners hold high moral principles. This, in turn, underscores that the CCP is a corrupt regime that targets its own people.

Fautré’s agency has collected over 2,200 persecution cases of Falun Gong, but the real numbers are likely to be much higher. He said he would continue speaking out for Falun Gong practitioners so that more people will know what is happening in China.

Carlos Iglesias, a Spanish lawyer who heads the European legal team of the NGO Doctors Against Forced Organ Harvesting, joined the conference through a video call. He said the CCP is akin to “serial killers on a massive scale.”

The forced organ harvesting is “a crime against humanity – a true genocide,” he explained. In addition to making a major profit, the CCP has probably considered organ harvesting as part of the genocide plan to eradicate Falun Gong and other minority groups.

Although killing people and extracting their organs on a massive scale has been happening in China for the last 20 years, the international community has not done enough to prevent or punish these crimes. That is why Mr. Iglesias is calling on more people to help end the tragedy.

Zhang Yanhua, a Falun Gong practitioner, shared her experience of being arrested and imprisoned in China. In addition to being subjected to freezing temperatures, being handcuffed and hung up by her handcuffs, she was also brutally beaten while deprived of sleep and toilet access. Sometimes she was tortured so badly that she lost consciousness.

Despite being tortured, Ms. Zhang was forced to go through a medical examination, including having her blood drawn, to determine her fitness as an organ donor for a paying customer. Fortunately, she was not selected in the end.

Nico Bijnens, coordinator of the Falun Dafa Association in Belgium, played an audio clip from the World Organization to Investigate the Persecution of Falun Gong (WOIPFG). The audio recording was a conversation between an undercover investigator and a transplant surgeon in China. The surgeon confirmed the existence of organ harvesting and said that young Falun Gong practitioners’ healthy lifestyle makes them targets for the organ harvesting industry.

Host Cartwright said he agreed that what the CCP is doing is genocide.

“When I Found My Hidden Attachments, the Excruciating Pain in My Back Disappeared”