(Minghui.org) The Tian Guo Marching Band paraded through the streets in Ansan, a city with the largest ethnic Chinese population in South Korea, on the morning of June 19, 2022. Many spectators praised the band and said the music was uplifting and beautiful. 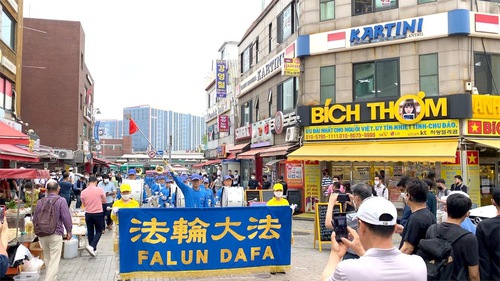 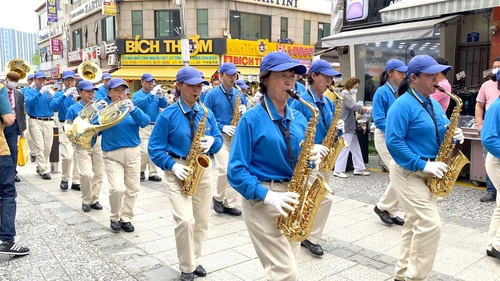 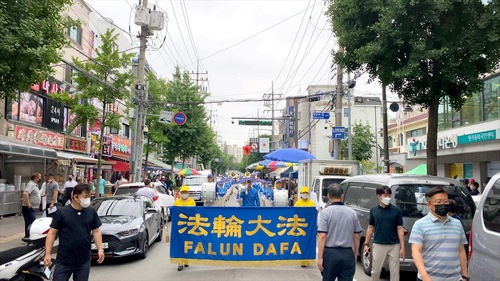 Drawn by the resonant music, many people came out of stores and took photos and videos of the parade. Some followed the parade procession. Many ethnic Chinese said they were moved by the band’s performances and they gave the band thumbs-up.

One person exclaimed, “Their music is wonderful! It makes me feel great!”

“Such a large band! Falun Dafa is great,” another spectator said.

A Chinese man said, “I didn’t know that so many people in South Korea practice Falun Dafa!”

Practitioners distributed introductory flyers about Falun Dafa and paper lotus flowers along the parade route, and told people about the Chinese Communist Party’s (CCP) persecution. Many local residents said they were interested in learning more.

Members of the band held a group exercise session at the Ansan Subway Station after the parade.

“Austria: Series of Events Held to Call Attention to the Persecution of Falun Dafa”