(Minghui.org) May 13 is World Falun Dafa Day, and this year is the 30th anniversary of Falun Dafa’s public introduction. Over ten cities and towns on Long Island, New York, proclaimed May 13 as Falun Dafa Day. 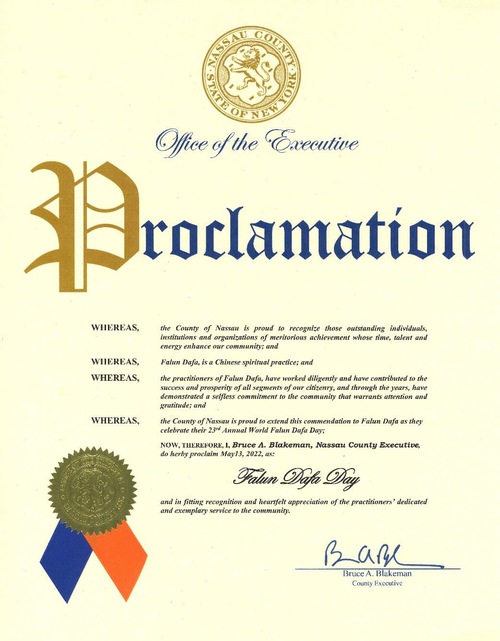 The proclamation reads, “Falun Dafa is a Chinese spiritual practice; and the practitioners of Faun Dafa, have worked diligently and have contributed to the success and prosperity of all segments of our citizenry and through the years, have demonstrated a selfless commitment to the community that warrants attention and gratitude; and the County of Nassau is proud to extend this commendation to Falun Dafa as they celebrate their 23rd Annual World Falun Dafa Day.” 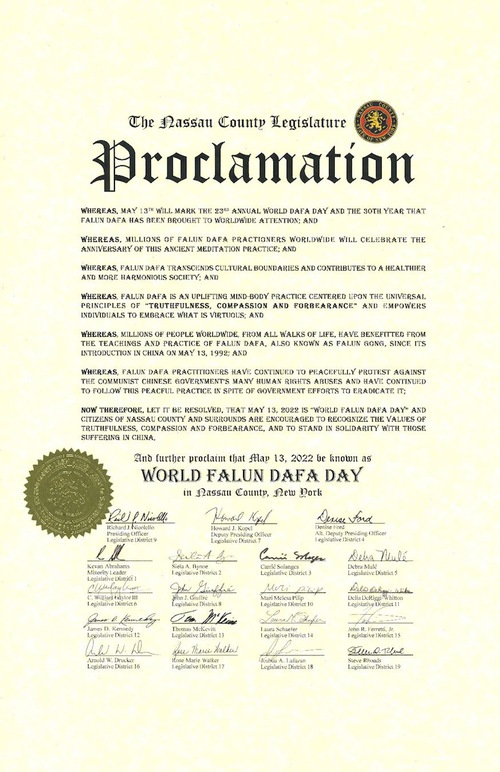 The proclamation reads, “Falun Dafa transcends cultural boundaries and contributes to a healthier and more harmonious society; and

“Falun Dafa is an uplifting mind-body practice centered upon the universal principles of “Truthfulness, Compassion and Forbearance” and empowers individuals to embrace what is virtuous; and

“Millions of people worldwide from all walks of life, have benefited from the teachings and practice of Falun Dafa, also known as Falun Gong, since its introduction in China on May 13, 1992; and

“Falun Dafa practitioners have continued to peacefully protest against the communist Chinese Government’s many human rights abuses and have continued to follow this peaceful practice in spite of government efforts to eradicate it.” 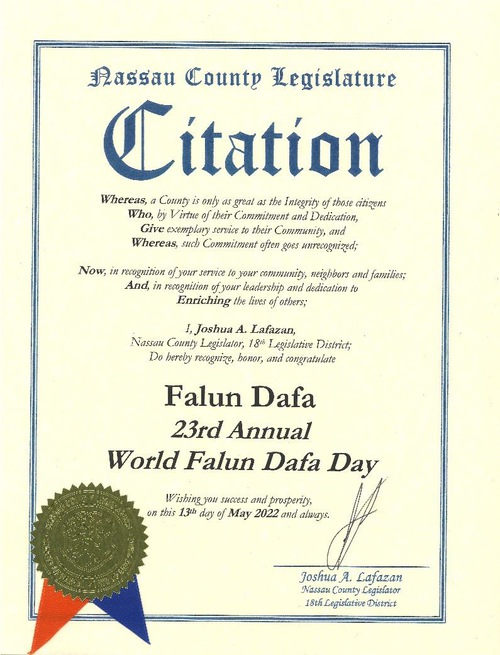 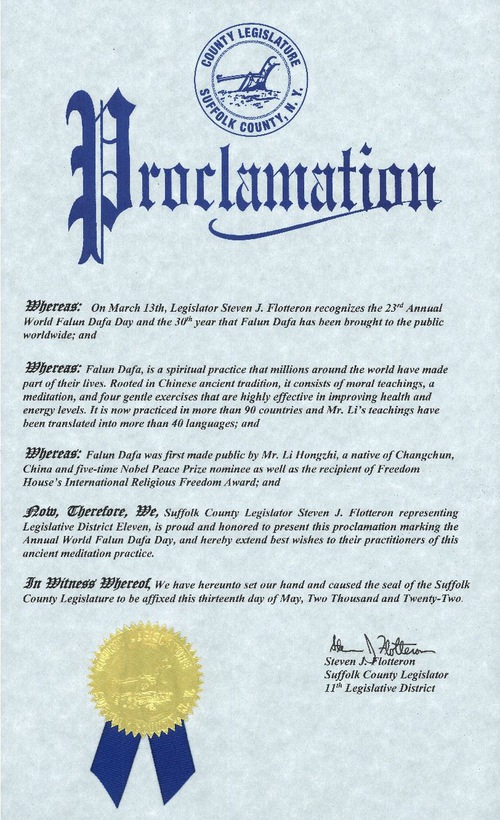 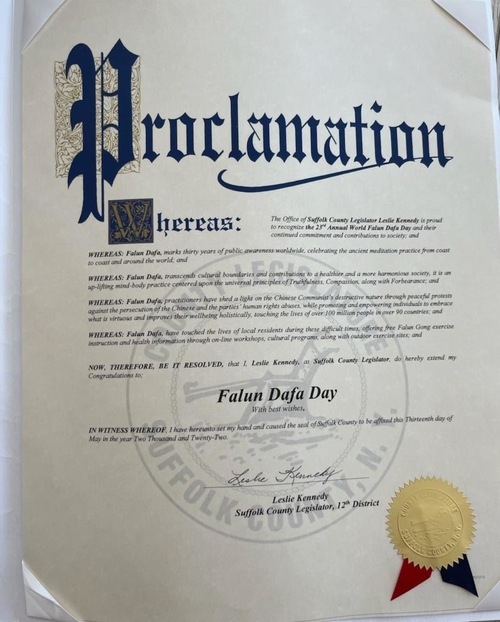 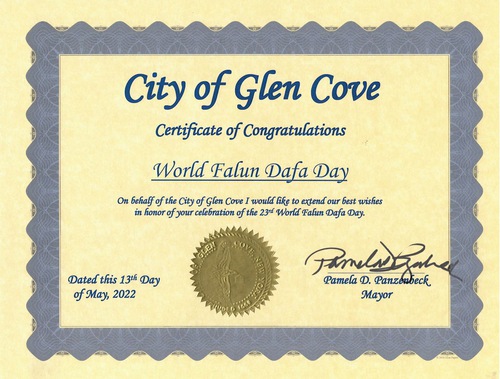 Certificate of Congratulations from Mayor Pamela D. Panzenbeck of the City of Glen Cove 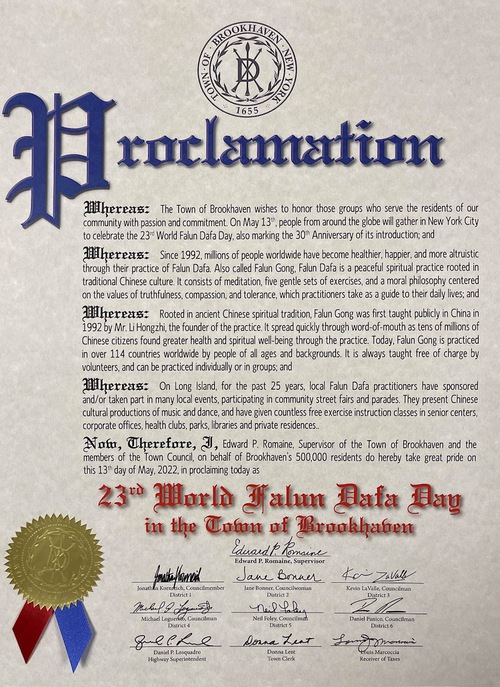 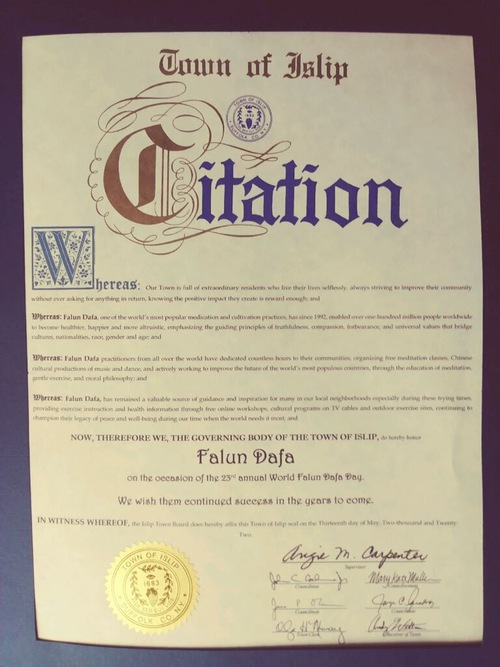 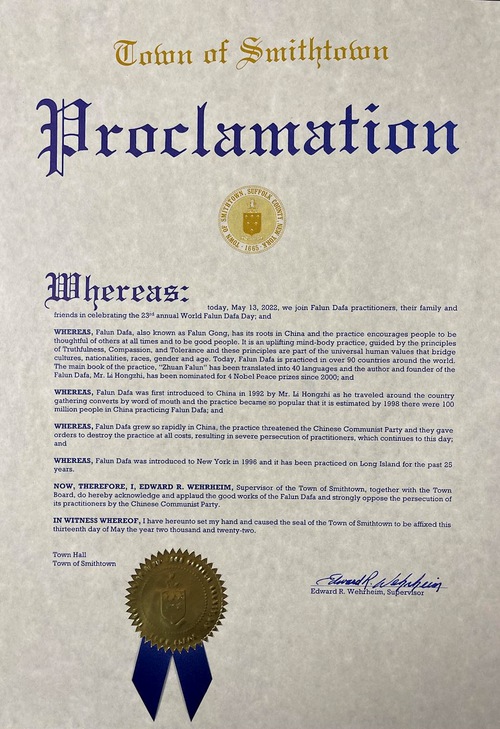 Proclamation from Supervisor Edward R. Wehrheim of the Town of Smithtown 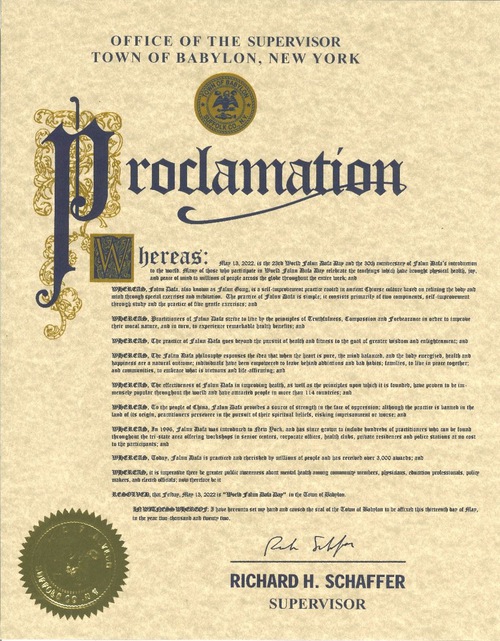 Proclamation from Supervisor Richard H. Schaffer of the Town of Babylon 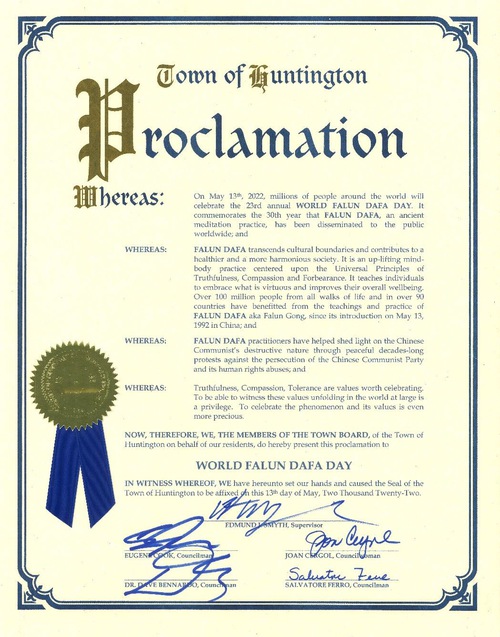