(Minghui.org) The City of Blacktown in Western Sydney once again invited Falun Dafa practitioners to participate in its annual Streets Alive and Parade Day on May 28, 2022. Practitioners have participated in the annual event for over two decades, and local residents and the hosts always enjoy their performances. The Falun Dafa entry has been awarded first place many times. A city councilor praised practitioners for “bringing mankind a peaceful message.”

Through the annual event, the city showcases its multiculturalism and rich history. As part of the day’s activities, besides participating in the parade, practitioners demonstrated the Falun Dafa exercises. The peaceful music and graceful movements drew many spectators. After learning about Falun Dafa’s teachings, Truthfulness-Compassion-Tolerance, some said that the practice brought people with different cultural backgrounds together, and the principles show the world the values it needs. 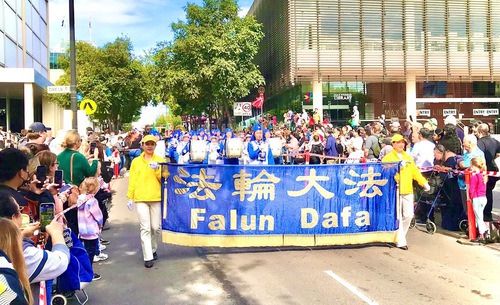 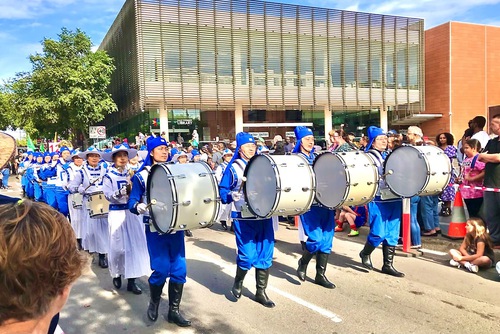 Practitioners were once again invited to participate in the Streets Alive and Parade Day on May 28, 2022, in the City of Blacktown in western Sydney. 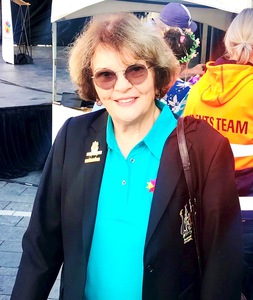 Kathie Collins, a Blacktown city councilor member and a recipient of Australia’s Medal of Order.

Kathie Collins, Blacktown City Councilor and recipient of the Medal of Order of Australia (OAM), praised the practitioners for “bringing mankind a peaceful message.” She said that she was pleased to see practitioners participating in the events, “We welcome Falun Dafa to stay in Blacktown,” she said.

Ms. Collins said that she liked and remembered Falun Dafa’s principles of Truthfulness, Compassion, and Tolerance. She believed that the principles benefit society and that if people lacked compassion they would fail, “If we lack compassion, then we have lost our conscience.” 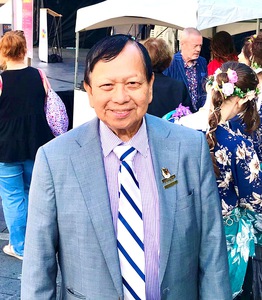 City councilor Jess Diaz said that the practitioners’ parade group was one of the best ones he’s seen and that he was glad to see them participate every year. “Indeed it is one of the best groups I have seen. I know that they worked hard for this. Their performances are truly magnificent. Thank you for coming to Blacktown,” he said. When asked about the principles of Truthfulness, Compassion, and Tolerance, he said, “We all believe in these principles.” 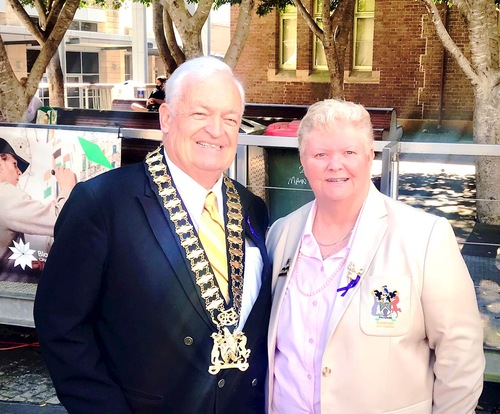 Tony Bleasdale (left) is the mayor of Blacktown and a recipient of OAM.

Tony Bleasdale, mayor of Blacktown and recipient of OAM, praised practitioners for adding their contribution to the community. He said that their entry in the parade was marvelous and, “Having a variety of groups in the city to join the parade is our goal.” 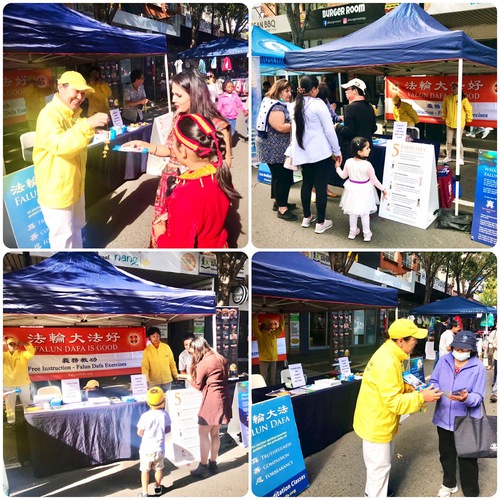 Blacktown residents stopped to chat with practitioners and learn more about Falun Dafa. 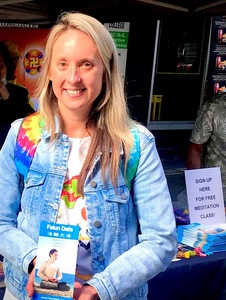 Kylie Ceti praised practitioners for promoting the principles of Truthfulness, Compassion, and Tolerance.

Kylie Ceti said that practitioners’ entry in the parade caught people’s attention, “My sons definitely enjoyed it.” She also said that Truthfulness, Compassion, and Forbearance are good values for a society to uphold. After a practitioner told her about the Chinese regime’s 23-year-long persecution of Falun Dafa in China, she said that some people don’t want the public to be aware of it. “I am glad that practitioners continue to tell people the facts and wake more people up. They spread the values of Truthfulness, Compassion, Forbearance to society.”

She believed that everyone has the right to freedom of speech and that no one should be punished for it, “Practitioners didn’t do anything wrong.” 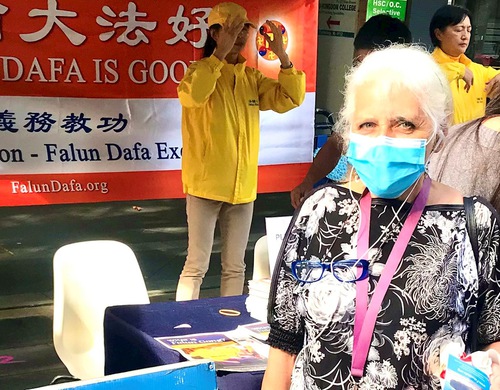 Doris Vella said that Falun Dafa’s principles are what the world needs.

After talking to the practitioners, Doris Vella praised the practitioners for bringing people with different cultural backgrounds together, and showing them what the world really needs. “We need Truth—it is what we believe in. Compassion is being kind to others, and heals everything,” she said.

When she heard that the persecution is still happening in China after 23 years, she said, “It’s terrible, The Chinese Communist Party will never win because it’s persecuting good people.” She encouraged practitioners to continue their efforts in exposing the persecution and having more people to support their effort. “God sees everything,” she said.