(Minghui.org) Today's news from China includes incidents of persecution that took place in 3 cities or counties in 3 provinces, where at least 5 practitioners were recently persecuted for their belief. 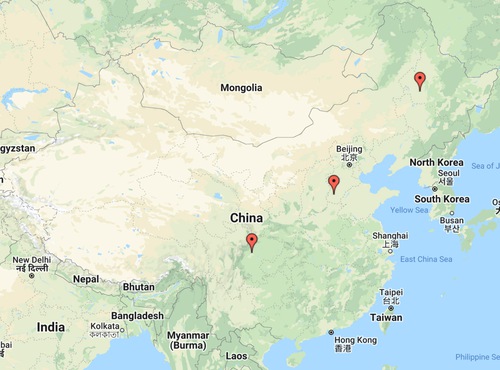 Several practitioners, including Ms. Wang Xiuling, were arrested by officers from the Huizhan District Police Department on the afternoon of April 20, 2022. The police first phoned them to get their actual addresses by falsely claiming that the practitioners had had close contact with COVID positive people, and then went and arrested them. The practitioners were all released on bail pending trial after being taken to the police department.

Two officers from the Tianyuan Town Police Station in the Jingyang District and staff members from the local residential committee went to Ms. Yong Daichang’s home on April 18, 2022. They threatened her husband, saying that Ms. Yong would be put on the CCP’s wanted list if she didn’t turn herself in and go through the bail process.

The same people returned on April 21, 2022. They searched and photographed Ms. Yong’s home.

Mr. Yan Xiuhong was arrested on October 29, 2020. He was tried in the Guangzong County Court on August 20, 2021, and sentenced to four and a half years in prison. He is now in the No.1 Ward, No.2 Prison of the Jidong Branch of Jidong Prison in Tangshan City. Mr. Yan’s sister received a call from Mr. Yan recently but family members are still not allowed to visit him in prison.