(Minghui.org) On August 15, 2006, I received a phone call from my son-in-law who lived in Paris. He sounded choked up and on the verge of tears. I was very nervous and asked him what was wrong.

He cried and said, “Lisa (my daughter) needs chemotherapy. A relative of mine is flying to Paris from China on August 20 and needs to bring Lisa two wigs.” A thunderbolt shot through my body, making my legs go limp. My husband, who was next to me, grabbed me before I collapsed. He shouted into the phone, “Hurry up and do the Falun Dafa exercises!”

After putting down the phone, I still felt terrible. My husband and I lived in China at the time and were both subjected to the Chinese Communist Party’s persecution of Falun Dafa. As a matter of fact, we were not even living in our home in northern China but were renting a place in a southern city to avoid being arrested. It was just impossible for us to fly to Paris to see our daughter in person.

My daughter was aware that my heart disease and stomach problems were miraculously cured after I started practicing Falun Dafa. Ten days before she left China to study in Paris, I was in a car accident. My upper body was hit, causing multiple fractures. My daughter was frightened and begged her father to persuade me to go to hospital, but I insisted on listening to Master’s teachings at home. A week later, I recovered. Seeing this, she said to me, “If I do practice anything in the future, it will be Falun Dafa.”

Thinking back on this, I thought, “Now is the time for my daughter to practice Dafa.” With this thought, a heavy weight was lifted off my shoulders.

The next morning, my husband and I went to buy two wigs: one long and one short. Since I only had Falun Dafa materials at home in northern China, I made plans to travel north and then return to the south to deliver everything to my son-in-law’s relative.

In those days, transportation in China was very difficult. I took three trains and arrived home 30 hours later without a problem. I packed the cassette tapes with Master’s teachings and music for the exercises and a portable cassette player into a travel bag that was already full. I didn’t know how all of these items were going to get through customs.

Suddenly, I heard a knock on the door. It was my neighbor who was also a Falun Dafa practitioner. Surprised, I asked her, “How did you know I was back?” She replied, “I just had a feeling.” She said in a whisper, “A fellow practitioner gave us an MP3 with Dafa content on it today. It’s the newest model. Do you want it?” I held her hand and couldn’t stop my tears. I told her, “Master arranged for you to help save my daughter.” She agreed and pressed her hands together to thank Master.

I scattered the tapes and cassette player among other things I prepared for my daughter. After my neighbor left, I wrote a 10-page letter to my daughter and son-in-law, telling them how to practice Falun Dafa, along with a few words of concern. In particular, I emphasized that only Falun Dafa could save her at this stage and that she must be firm in her belief. To get their attention, I underlined these sentences.

By the time I finished writing the letter, it was dawn. I quickly washed my face and headed out to the train station. There was no direct ticket to the south, so I bought two short-haul tickets and walked the remainder. On August 19, 2006, I rushed to my son-in-law’s relative’s house to pass on these items for my daughter.

Around September 4, 2006, my son-in-law took my daughter to the hospital for a checkup. Even though the tumor had metastasized to her lungs before then, this time, all the tests were normal. Her doctor could not believe the results and asked my daughter in astonishment, “How did you get better?” My daughter told the doctor, “I got better by practicing Falun Dafa!”

Two days later, on September 6, my daughter called me, her voice was bright and happy. “Mom, I’m fine. All indicators are normal! How’s Dad?” I quickly handed the phone to her father so they could talk.

Later, my daughter told me that she had received the MP3 and the letter and that she had joined a Falun Dafa exercise site the following day. She vomited some black stuff before reaching the exercise site and had diarrhea when she arrived home. She was able to eat that same night. The vomiting and diarrhea lasted several days, but her symptoms lessened by the day. On the fourth day, the pain disappeared.

My daughter has been healthy ever since, and her first child, a girl, was born on November 19, 2007, even though three previous pregnancies ended prematurely. She went on to have one more girl and two boys. All four children are very healthy and bright and all attend Minghui school. The company my daughter and son-in-law run is doing well and has created many jobs for the local government.

My son-in-law’s father, mother, and relatives are all very supportive of Falun Dafa. My daughter, her husband, and their children are a very happy family. I would like to give special thanks to Master for giving my daughter a happy and fulfilling life! 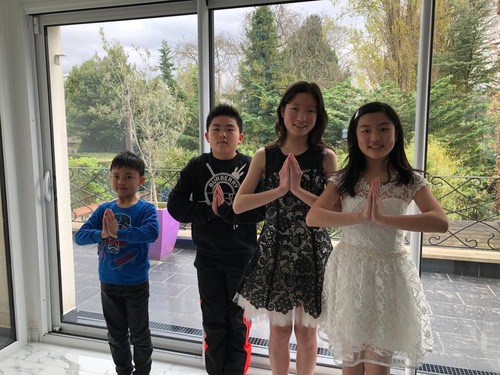 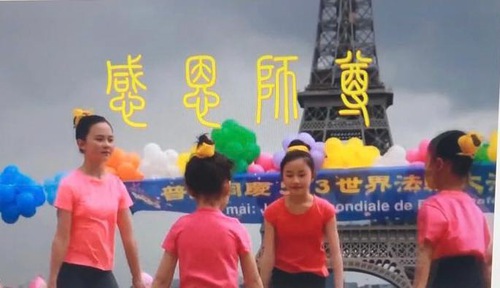