(Minghui.org) May 13 is World Falun Dafa Day and this year is the 30th anniversary of Falun Dafa’s introduction. Elected officials at the federal, provincial, and city level sent letters of greeting, videos, and proclamations to congratulate World Falun Dafa Day. A total of 120 letters, videos, and proclamations have been received so far. The following are letters and videos from 14 elected officials. 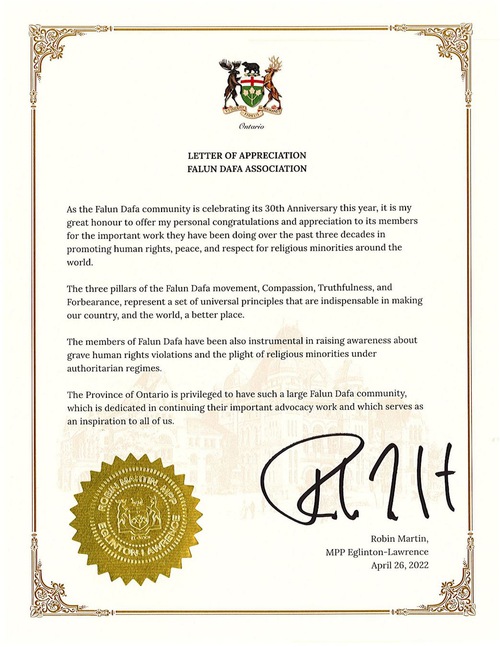 Letter from Robin Martin, Member of the Legislative Assembly of Ontario

In her letter Ms. Martin wrote, “As the Falun Dafa community is celebrating its 30 th Anniversary this year, it is my great honour to offer my personal congratulations and appreciation to its members for the important work they have been doing over the past three decades in promoting human rights, peace, and respect for religious minorities around the world.

“The three pillars of the Falun Dafa movement, Compassion, Truthfulness, and Forbearance, represent a set of universal principles that are indispensable in making our country, and the world, a better place.

“The members of Falun Dafa have been also instrumental in raising awareness about grave human rights violations and the plight of religious minorities under authoritarian regimes.

“The Province of Ontario is privileged to have such a large Falun Dafa community, which is dedicated in continuing their important advocacy work and which serves as an inspiration to all of us.” 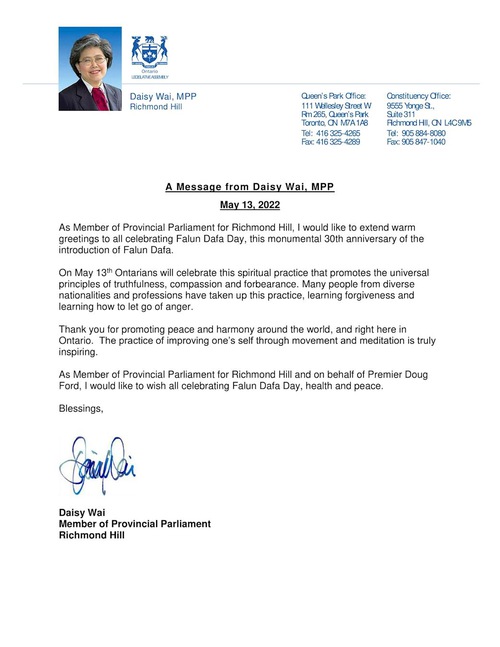 Letter from Daisy Wai, Member of the Provincial Parliament (MPP) of Ontario 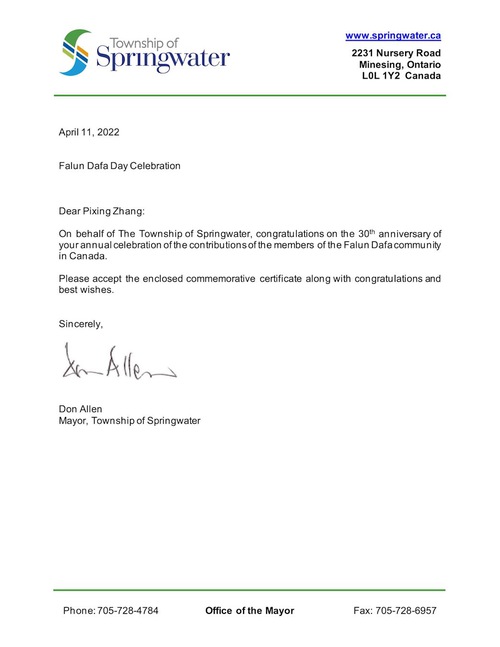 Letter from Mayor Don Allen of the Township of Springwater 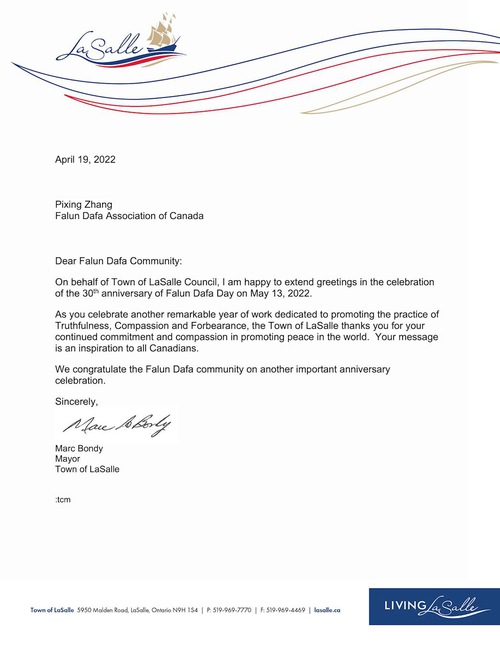 Letter from Mayor Marc Bondy of the Town of LaSalle 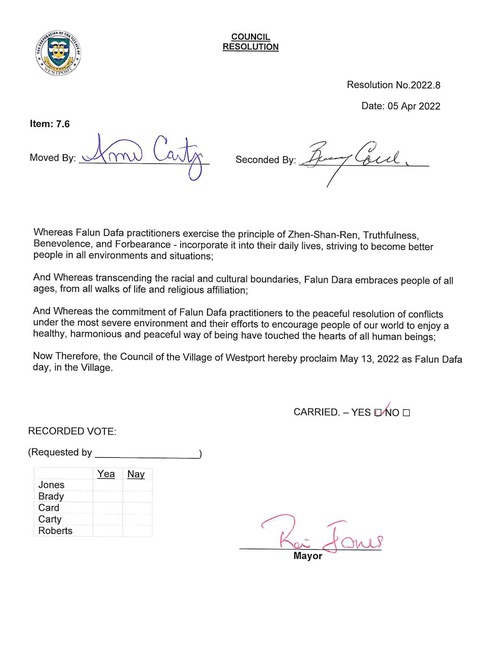 Resolution from Mayor Robin Jones of the Village of Westport 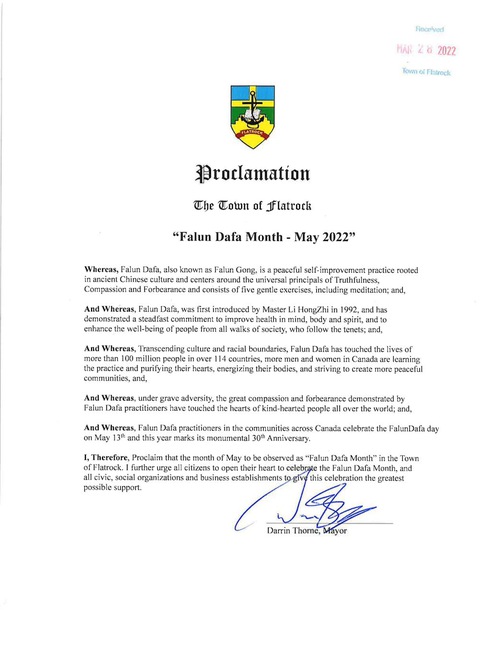 Proclamation from Mayor Darrin Thome of the Town of Flatrock 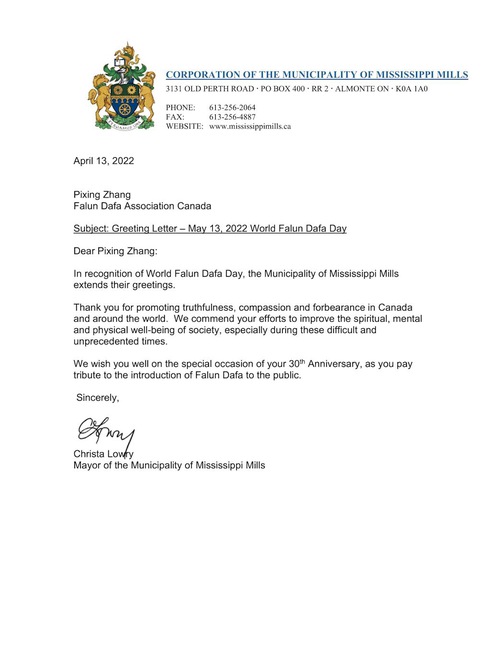 Letter from Mayor Christa Lowry of the Municipality of Mississippi Mills 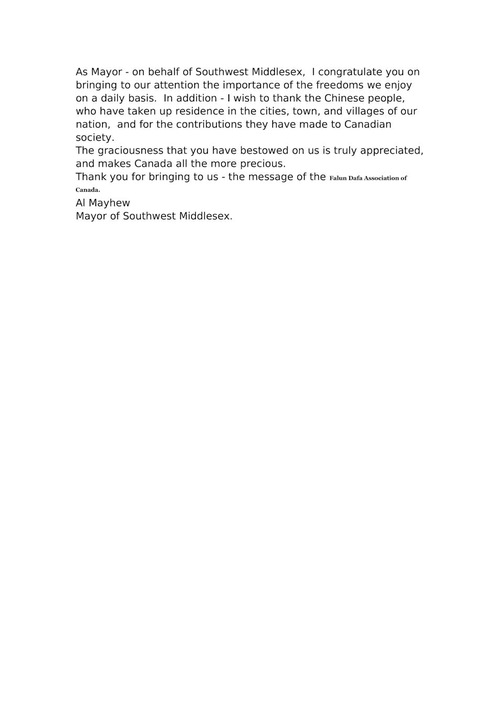 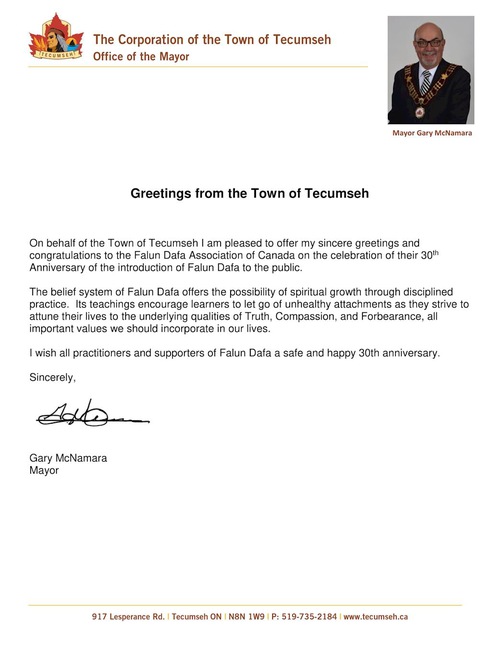 Letter from Mayor Gary McNamara of the Town of Tecumseh 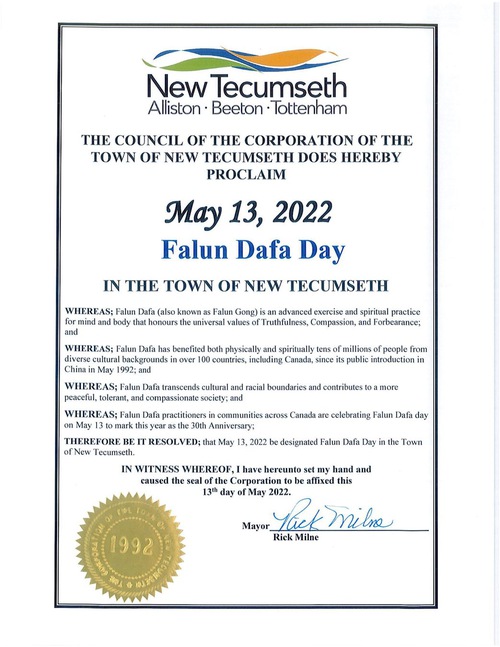 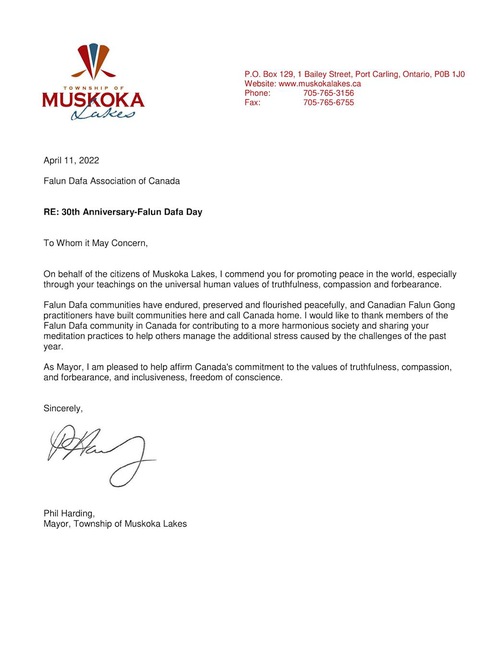 Letter from Mayor Phil Harding of the Township of Muskoka Lakes 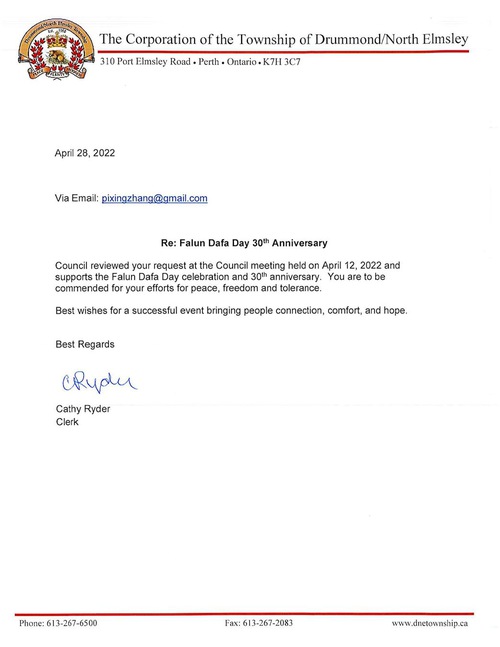