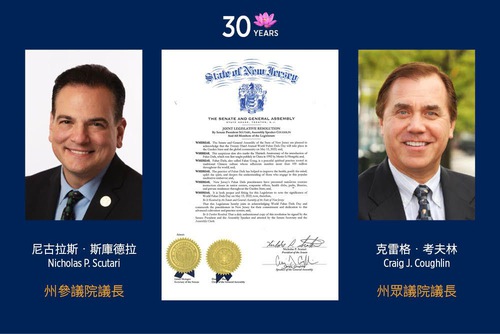 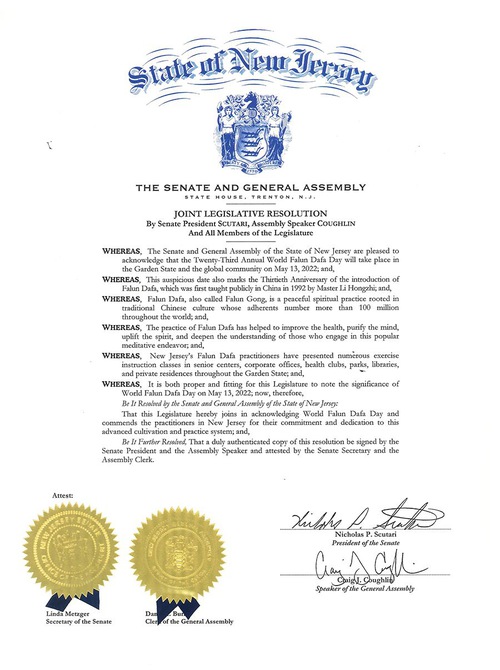 The resolution reads, “The Senate and General Assembly of the State of New Jersey are pleased to acknowledge that the Twenty-Third Annual World Falun Dafa Day will take place in the Garden State and the global community on May 13, 2022.

“This auspicious date also marks the Thirtieth Anniversary of the introduction of Falun Dafa, which was first taught publicly in China in 1992 by Master Li Hongzhi.

“The practice of Falun Dafa has helped to improve the health, purify the mind, uplift the spirit, and deepen the understanding of those who engage in this popular meditative endeavor.

“It is both proper and fitting for this Legislature to note the significance of World Falun Dafa Day on May 13, 2022.

“Now, therefore, Be it Resolved by the Senate and General Assembly of the State of New Jersey: that this Legislature hereby joins in acknowledging World Falun Dafa Day and commends the practitioners in New Jersey for their commitment and dedication to this advanced cultivation and practice system.”