(Minghui.org) May 13 is World Falun Dafa Day, this year the 30th anniversary of Falun Dafa’s introduction to the world. Elected officials at provincial and city levels sent greeting letters, videos, and proclamations to congratulate World Falun Dafa Day. A total of 101 letters, videos, and proclamations were received so far. The followings are letters and videos from 12 elected officials. 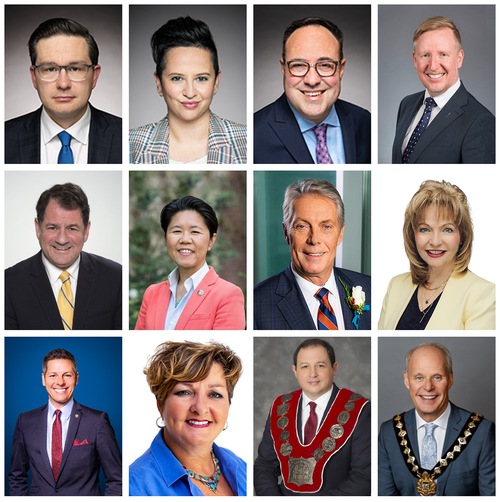 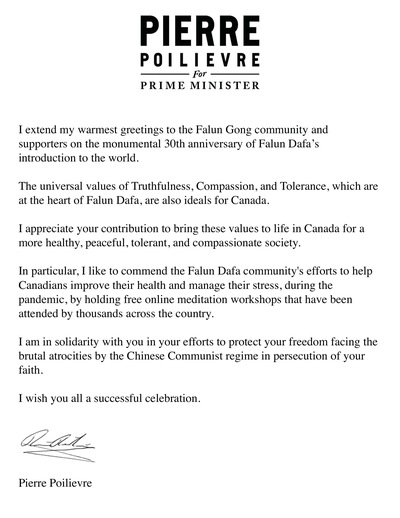 Mr. Poilievre stated in his letter, “The universal values of Truthfulness, Compassion, and Tolerance, which are the heart of Falun Dafa, are also ideals for Canada.

“I appreciate your contribution to bring these values to life in Canada for a more healthy, peaceful, tolerant, and compassionate society.

“In particular, I’d like to commend the Falun Dafa community’s efforts to help Canadians improve their health and manage their stress, during the pandemic, by holding free online meditation workshops that have been attended by thousands across the country.

“I am in solidarity with you in your efforts to protect your freedom facing the brutal atrocities by the Chinese communist regime in persecution of your faith.” 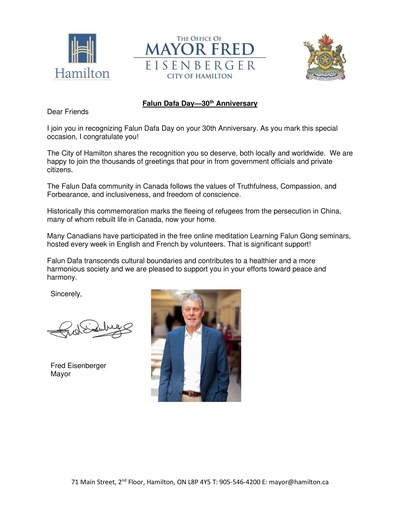 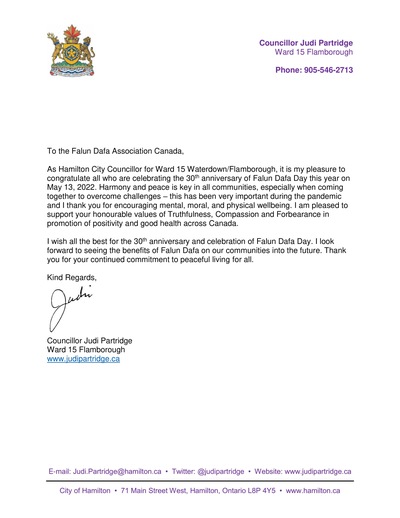 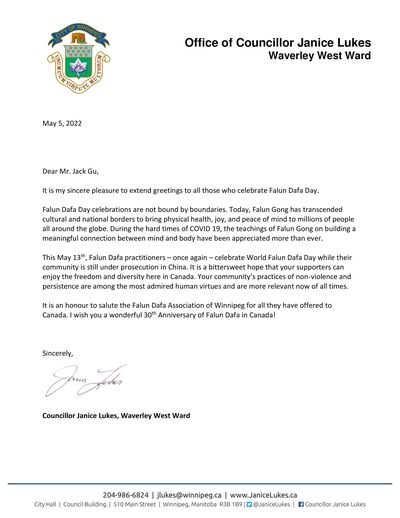 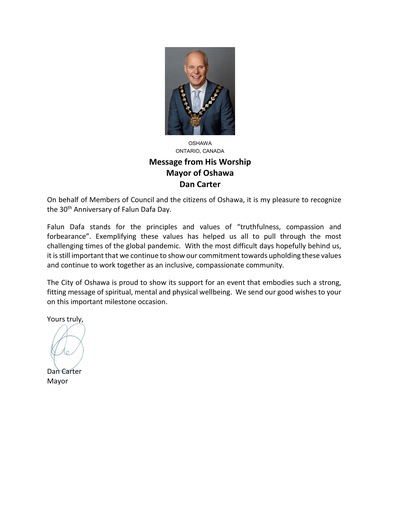