(Minghui.org) The miraculous effect and the broad and profound principles of Falun Dafa continue to attract people of all ages into the practice, including young people to centenarians. Despite the Chinese communist regime’s 23 years of persecution against Falun Gong, it has not stopped people from seeking out the meaning of life.

With May 13 this year marking the 30th anniversary of Falun Dafa's introduction to the public, the new practitioners from various provinces in China send in their greetings to wish Master Li Hongzhi, the founder of Falun Dafa, a happy birthday.

A centenarian from Heilongjiang Province said, “I'm a new practitioner who started practicing in 2013 at the age of 93. I'm now 102 years old. I'm healthy and our five generations live together harmoniously. I'm the most fortunate person in the world to be able to obtain this universe’s Fa while it is spread in the world and to be saved by Master. I'm glad that I didn't live my life in vain. No language in this world can express my gratitude to Master!”

A young practitioner from Chongqing wrote, “Through studying the Fa, I understood that to be able to obtain the Fa is a blessing that cannot be expressed in words. In the past two years, I have encountered many xinxing tests and now understood a lot of things.”

A 90-year-old man from Zhaoyuan City, Shandong Province, said he used to not understand why his daughter-in-law continued to practice despite the persecution. “I now truly understand that Falun Dafa is really good. I started practicing a year ago and will never leave Dafa again.”

The well-wisher's hail from the following regions: 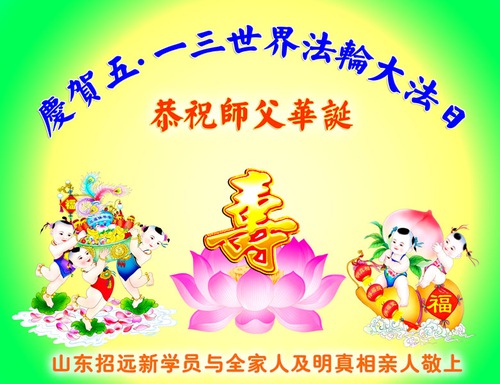 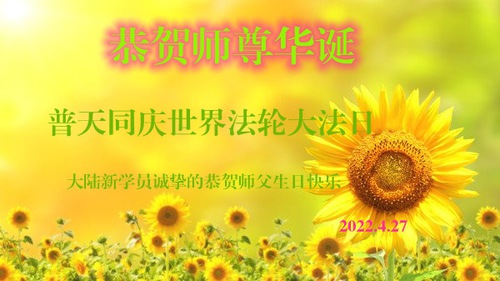 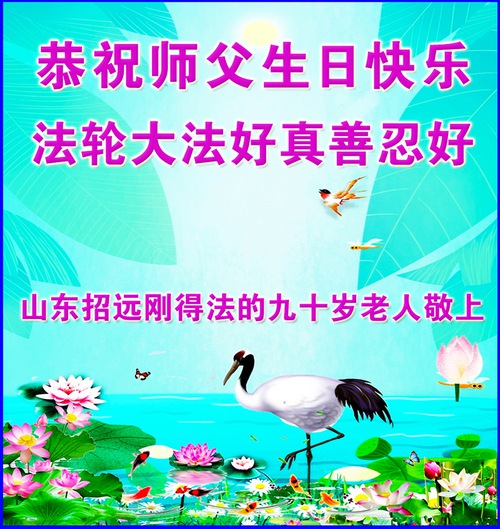 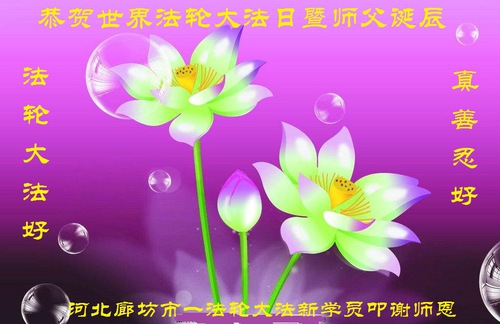 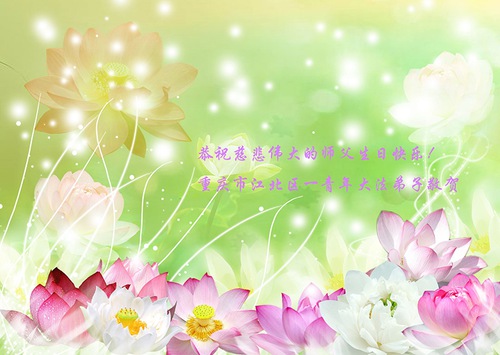 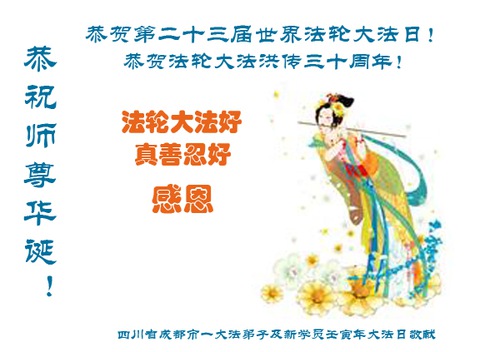 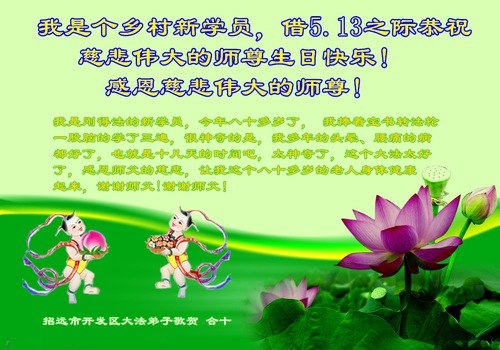 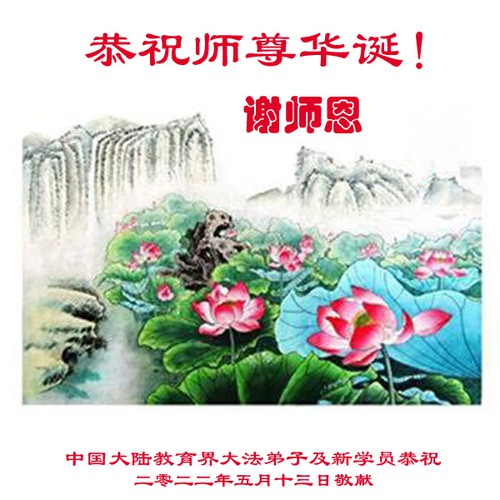 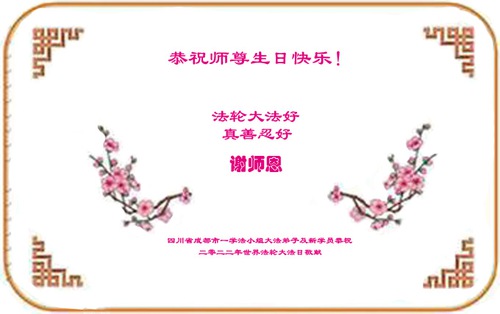 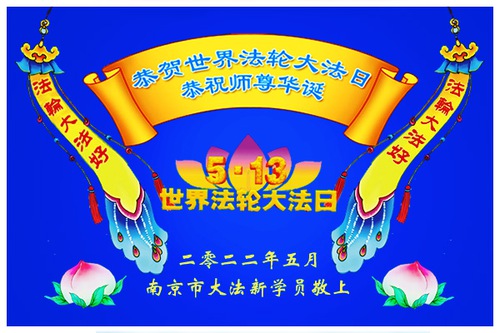 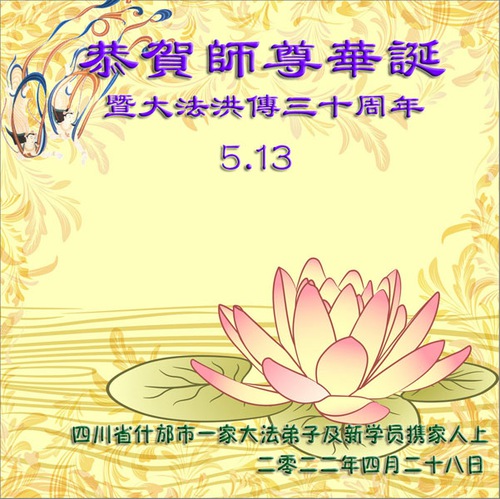 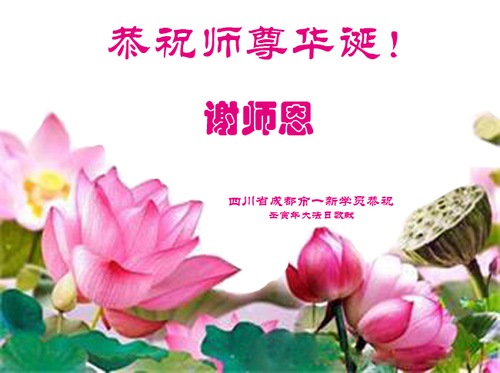 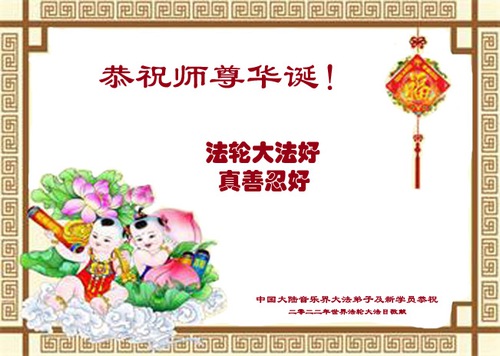 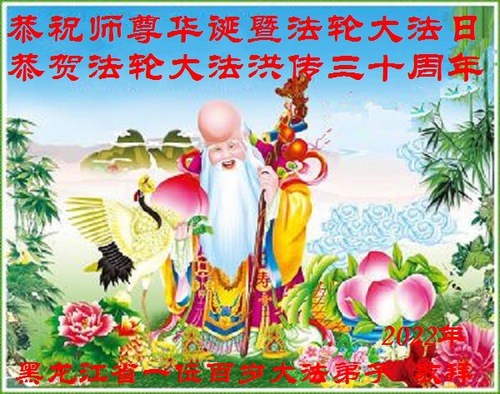 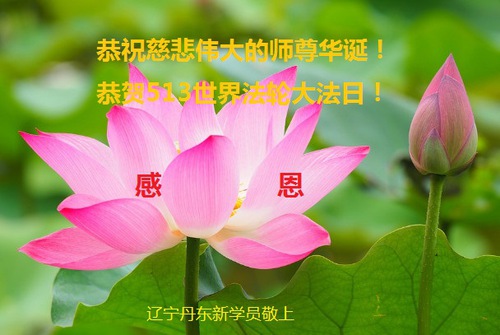 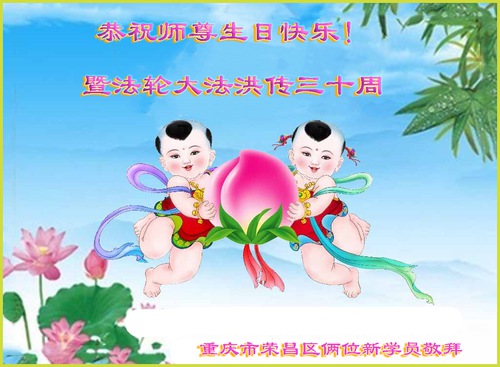 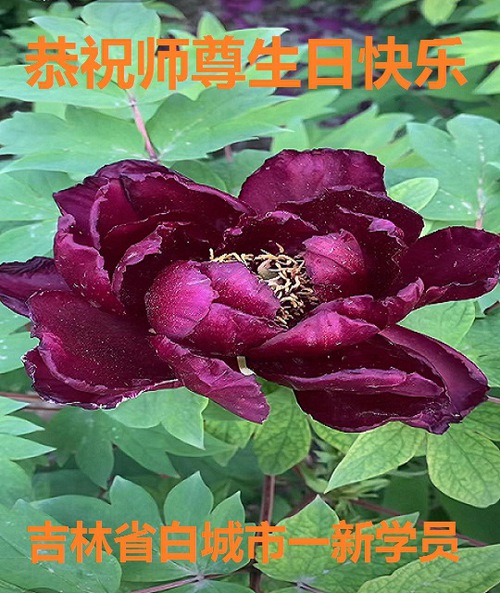 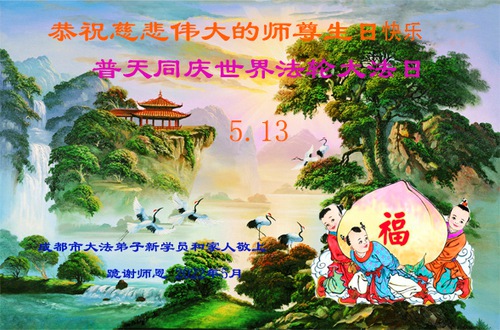 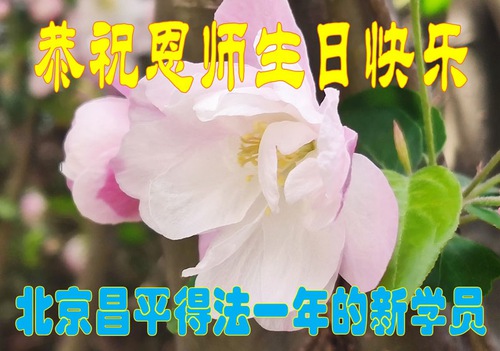 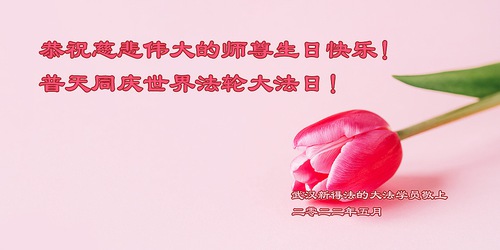 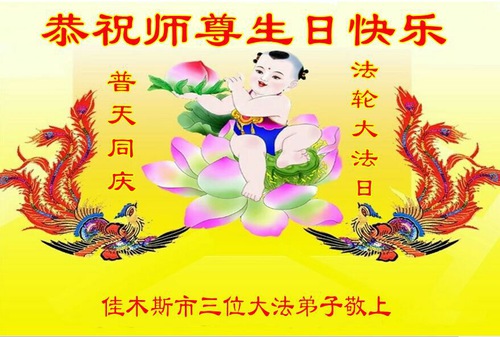 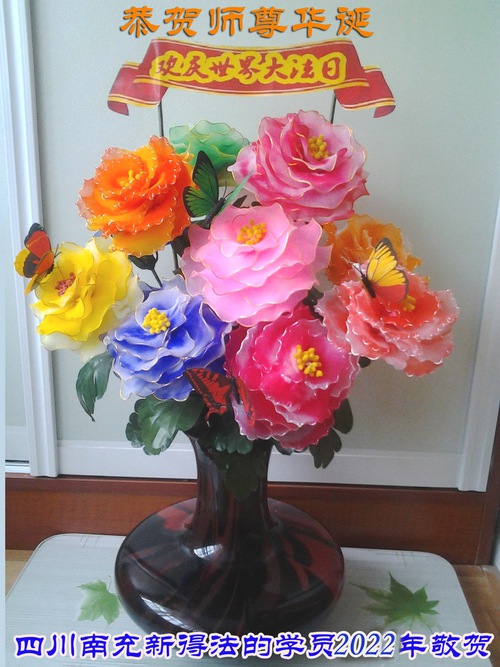 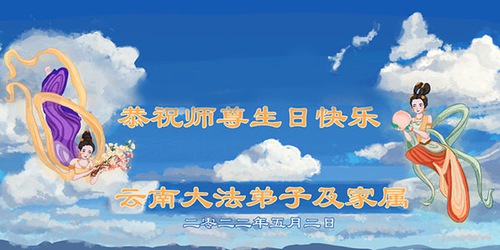 “Snow and Cold Wind Can't Crush or Destroy Us”