(Minghui.org) Falun Dafa practitioners in Indonesia held a peaceful protest and candlelight vigil across from the Chinese Embassy in Mega Kuningan on April 23 to mark the 23rd anniversary of the April 25 appeal. They called for an end to the Chinese Communist Party’s (CCP) persecution of the spiritual practice. 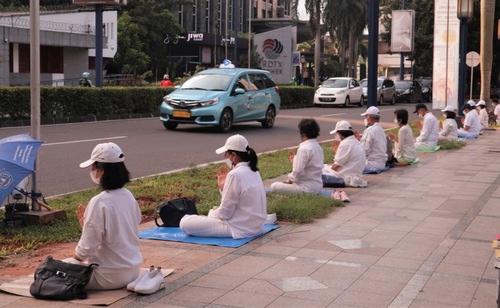 Practitioners peacefully protest near the Chinese Embassy in Indonesia on April 23rd. 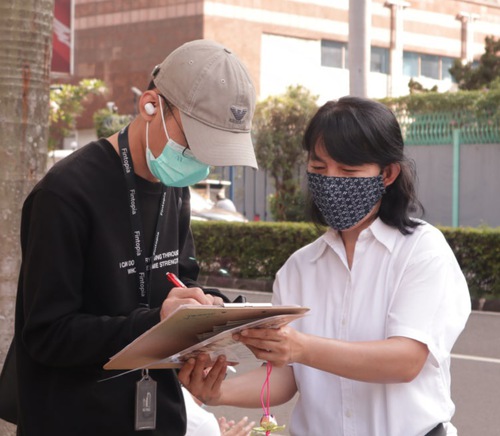 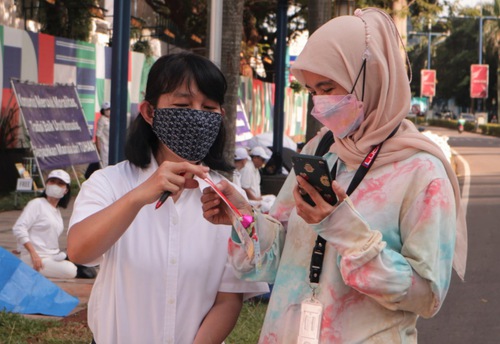 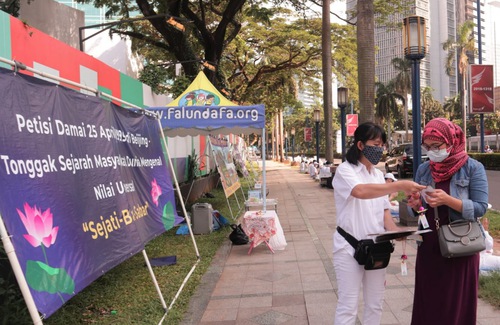 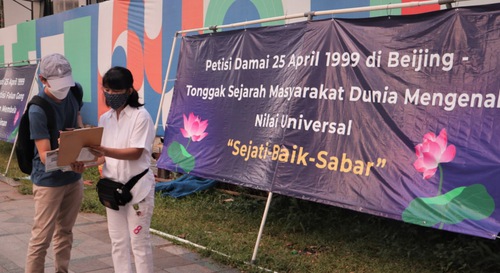 Practitioners clarify the truth and collect signatures on a petition to end the persecution. 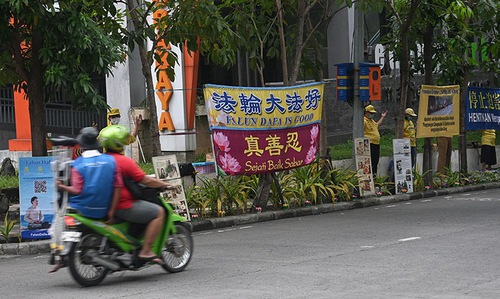 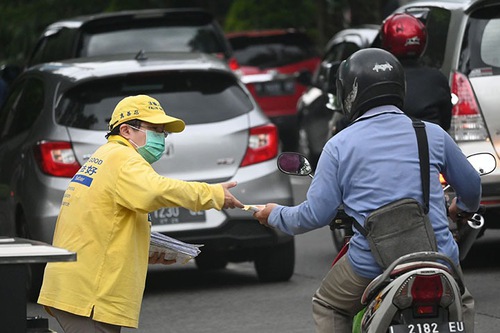 Practitioners did the exercises and handed out flyers near the Chinese General Consulate in Surabaya.

Many people in Jakarta and Surabaya who passed by the events expressed their support after seeing practitioners’ efforts to peacefully appeal to the CCP authorities to stop the persecution.

Many accepted the informational materials that exposed the CCP’s persecution and signed a petition calling for an end to the CCP’s crimes against humanity.

Delivering a Protest Letter to the Chinese Embassy in Malaysia

Local practitioners held a rally in front of the Chinese Embassy in Malaysia on April 24 to mark the 23rd anniversary of the April 25 appeal.

Representative practitioners delivered the protest letter to the Chinese Embassy. 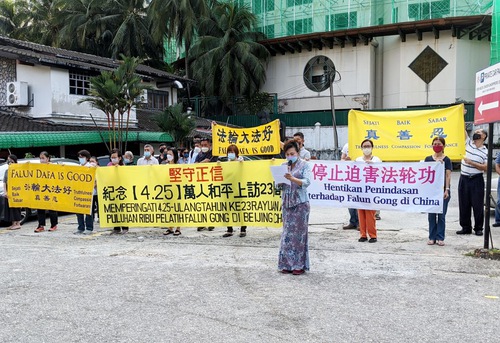 Rally in front of the Chinese Embassy in Malaysia on April 24. A spokesperson read a statement in both Chinese and Malay. 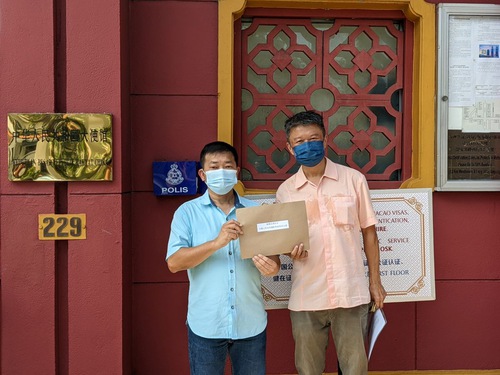 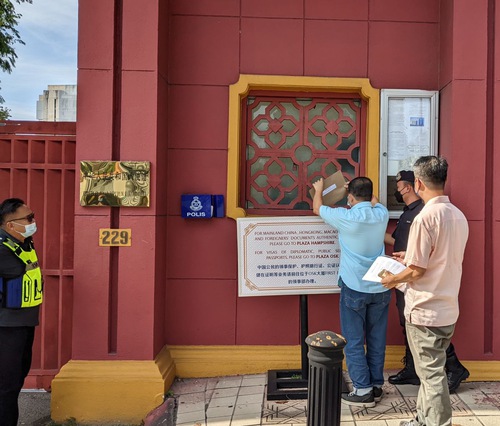 Representative practitioners deliver the protest letter to the Chinese Embassy.

The following day, April 25, some 10,000 Falun Dafa practitioners spontaneously gathered at the Central Appeals office in Beijing, as they had been instructed by Tianjin officials. The gathering was peaceful and orderly. Several Falun Dafa representatives were called in to meet with Chinese Premier Zhu Rongji and members of his staff. That evening, practitioners' concerns were answered. The arrested practitioners in Tianjin were released and everyone went home.

Chinese version of the report from Malaysia

“Peru and Finland: Events Held to Commemorate the April 25 Appeal and Call for an End of the Persecution”