Home > News & Events > April 25 Events
Rallies in Japan and Candlelight Vigil in Australia Commemorate the April 25 Appeal
May 1, 2022 | By a Minghui correspondent

(Minghui.org) Falun Dafa practitioners in Japan held rallies in front of the Chinese Consulates in Nagoya and on Kyushu, Japan, on April 23 and 24 to mark the 23rd anniversary of the April 25 appeal. They peacefully protested the Chinese Communist Party’s (CCP) persecution. 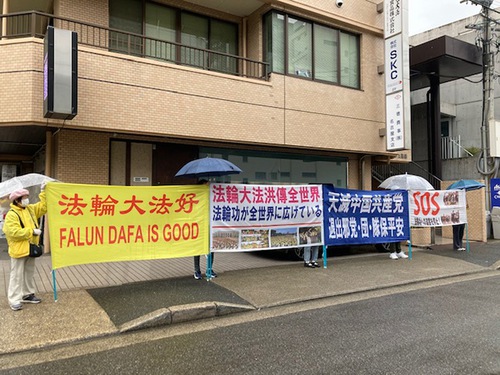 Practitioners held a rally in front of the Chinese Consulate in Nagoya on April 24.

Mr. Xu, who participated in the event, works in Japan. He said, “I come to the Chinese Consulate today to commemorate the peaceful petition by 10,000 Falun Gong practitioners in Beijing on April 25, 23 years ago. I listened to some eyewitness accounts by practitioners who participated in the petition in Beijing. The positive impact on Chinese society of such an important day will surely be remembered in history.”

Mr. Tien, a Falun Dafa practitioner from Vietnam who works in Japan, said, “Today is the first time I’ve attended an event in front of the Chinese Consulate in Nagoya to commemorate the April 25 appeal. I ask the CCP to immediately end the persecution and stop the organ harvesting from Falun Dafa practitioners.” 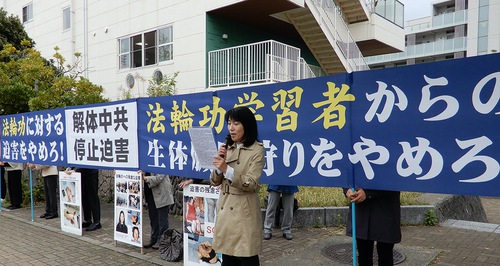 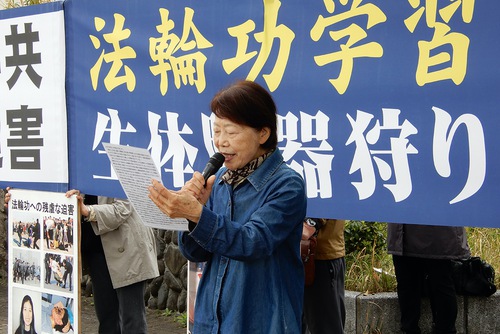 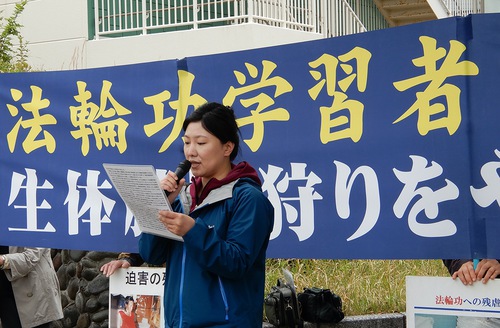 On April 23, to mark the 23rd anniversary of April 25, Falun Dafa practitioners from the Kumamoto area of Japan gathered in front of the Chinese Consulate in Fukuoka in the morning and displayed banners and boards in the afternoon in front of the Chinese Consulate in Nagasaki. Representative practitioners read open letters in both Chinese and Japanese to condemn the CCP’s persecution and called on Japan to help stop the CCP’s bad deeds and safeguard human rights and peace.

For more than 20 years, Mr. Lin has organized activities to commemorate the April 25 appeal in the Kumamoto area. He said, “Like the April 25 appeal 23 years ago, Falun Dafa practitioners still adhere to peace, rationality, kindness, and harmony. Facing all injustices, we uphold justice and kindness. Clarifying the truth and safeguarding human rights are the right of every citizen and should be protected by law and supported by the government.

“Jiang Zemin, the former head of the CCP who initiated the persecution of Falun Gong, and his gang have been sued for crimes against humanity and genocide in more than 30 countries around the world.

“The effort to collect signatures to support the Chinese people’s litigation against Jiang Zemin is entering its eighth year. We hope that people in the international community will stand on the side of justice and put pressure on the Chinese regime to end the CCP’s persecution,” he said.

On the evening of April 26, 2022, practitioners in Canberra, Australia held a candlelight vigil in front of the Chinese Embassy to solemnly remember those practitioners who died as a result of being persecuted. They commemorated the 23rd anniversary of the April 25 appeal and called for an immediate end to the persecution. 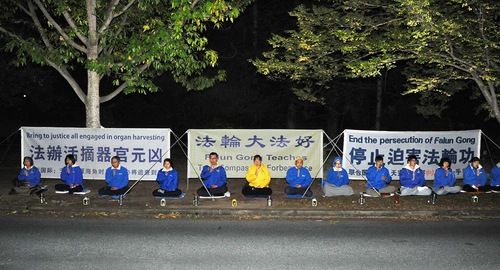 Candlelight vigil in front of the Chinese Embassy in Canberra, Australia, on April 26

The following day, April 25, some 10,000 Falun Dafa practitioners spontaneously gathered at the Central Appeals office in Beijing, as they had been instructed by Tianjin officials. The gathering was peaceful and orderly. Several Falun Dafa representatives were called in to meet with Chinese Premier Zhu Rongji and members of his staff. That evening, the practitioners' concerns were answered. The arrested practitioners in Tianjin were released and everyone went home.

Chinese version of the report from Australia

“India: Introducing Falun Dafa to Students and Staff at a School in Nagpur”