(Minghui.org) Galle is a city on the Southwest coast of Sri Lanka, and the capital of the Galle District. Falun Gong practitioners participated in a 6-day book fair held at the city center’s Samanala Ground from March 22 to 27, 2022. They had a booth at the exhibition introducing the mind-body practice to local residents, and they also provided information about the ongoing persecution of the practice in China. 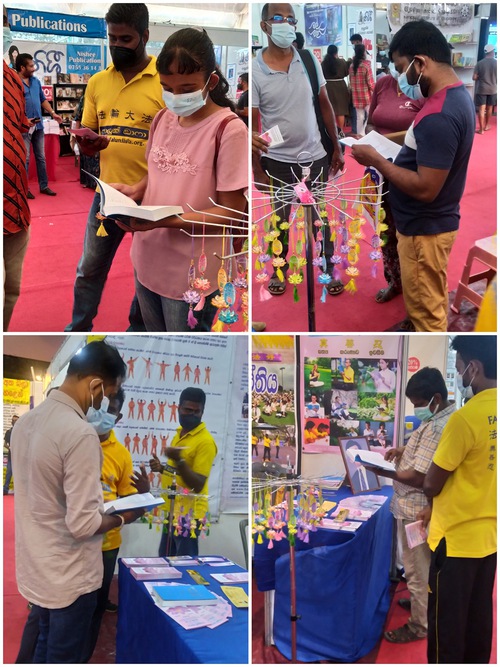 A large television screen continuously played a video of the founder of the practice, Mr. Li Hongzhi, demonstrating the Falun Gong exercise movements. The main book of the teachings, Zhuan Falun, was displayed on a bookshelf. There were also posters showing the exercise movements performed by practitioners around the world.

Many book fair visitors from southern Sri Lanka were introduced to Falun Gong (also called Falun Dafa) and many bought the books of the teachings. A number of people said that they would introduce the practice to others. 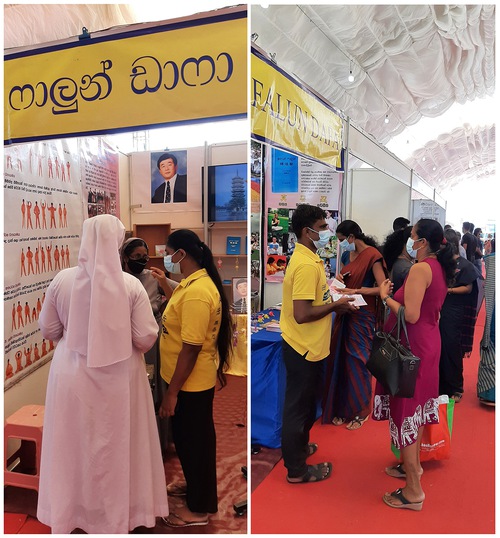 Practitioners chatted with attendees throughout the 6-day book exhibition, introducing the practice to many people. 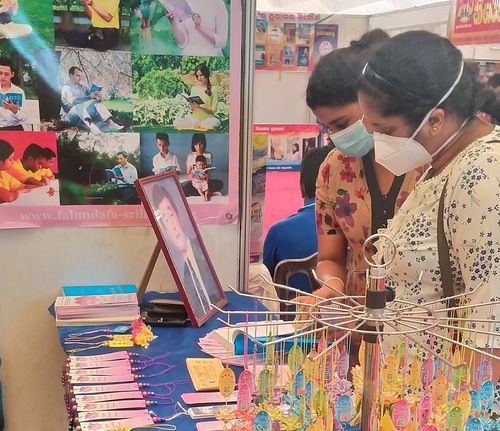 Many attendees showed keen interest in Falun Gong and asked practitioners many questions.

A teacher said that she plans to invite practitioners to her school to introduce the practice and teach the exercises to her students.

A person who works in a library invited practitioners to her workplace in the southern district to teach her coworkers Falun Gong.

Many people were also attracted to the small lotus flowers with the message “Falun Dafa is good, Truthfulness, Compassion, Forbearance is good,” which were displayed in the booth. Practitioners told people how amazing the practice is, and gave each one a lotus flower as a gift. 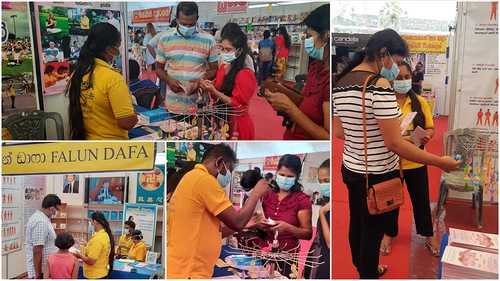 People were delighted to received the lotus flowers with messages about Falun Gong: “Falun Dafa is good, and Truthfulness-Compassion-Forbearance is good.”

Practitioners who attended the exhibition were happy about the opportunity to introduce Falun Gong at the event. Before closing down at the end of the exhibition, they held a one-day introductory class for those who’d bought Zhuan Falun, further introducing the practice and teaching the exercise movements.

“Australia: Dignitaries at Melbourne Rally Commend the 390 Million People Who Have Quit the CCP”

“What I Saw in a Dream: Saving People Is Urgent”