Home > News & Events > Rallies & Protests
Australia: Dignitaries at Melbourne Rally Commend the 390 Million People Who Have Quit the CCP
April 3, 2022 | By a Minghui correspondent in Melbourne

(Minghui.org) A rally celebrating and supporting the 390 million people who have withdrawn from communist organizations was held in front of the State Library Victoria in downtown Melbourne on March 26, 2022.

Politicians, community leaders, and a crowd of concerned people listened as speakers expressed their support for those who expose the Chinese Communist Party’s (CCP) atrocities and called for collective efforts to resist the Party. 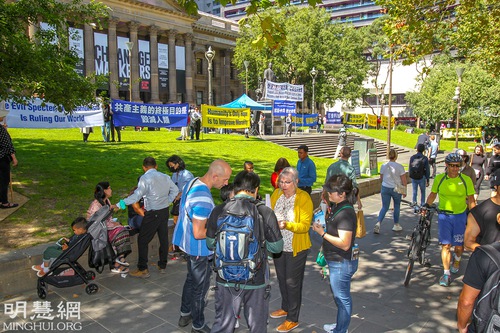 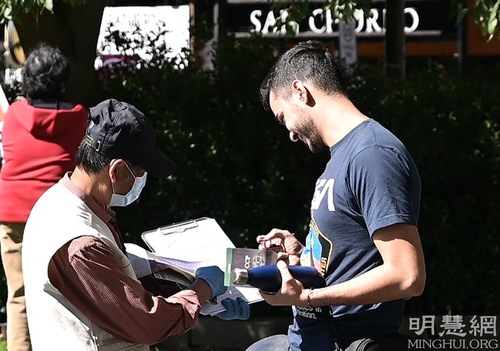 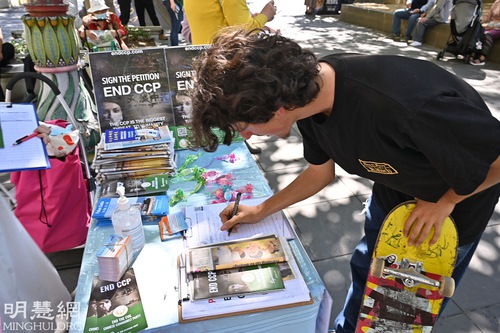 People at the rally sign a petition calling for an end to the CCP’s persecution. 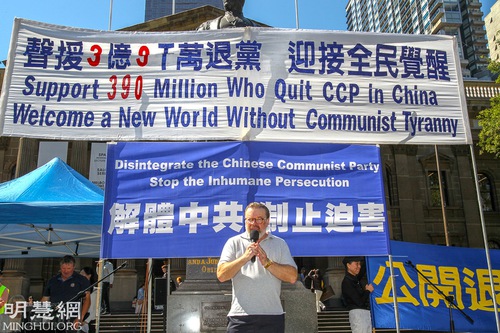 MP Bernie Finn, Member for the Western Metro Region, Opposition Whip in the Legislative Council, was one of the speakers. He stressed that the CCP was an enemy of freedom, an enemy of Australia, and an enemy of all freedom-loving people. He said that the CCP was attempting to control Australia and the whole world like it does its own people. MP Finn urged everyone to make the distinction between the people of China and the CCP. He pointed out that exposing the CCP didn’t mean opposing the people of China as they, more than the people in any other country, were the ones who were suffering under the feet of the CCP. He praised the people at the rally for their bravery and expressed his sympathy and support for those in China. 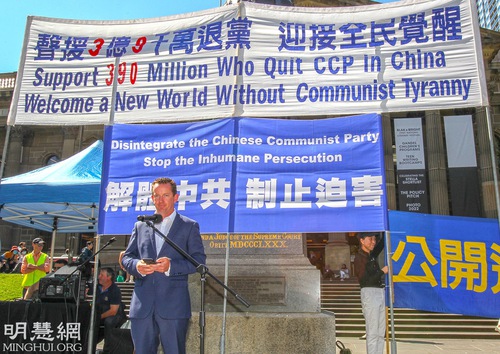 Councilor Paul Barker of Surf Coast Shire Council, Liberal Democrat candidate for Corangamite, said that freedom of speech and freedom of belief were rights people are born with but that the authorities have taken them away, and that if our fight for freedom failed, it would be extremely difficult for the next generation to regain these basic rights. He stressed the importance of telling right from wrong. “If more people could follow the principles of Truthfulness-Compassion-Forbearance, our world would be better!” 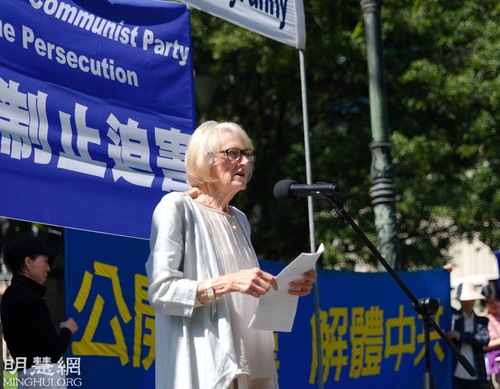 Jan Becker, who won a Silver Medal at the 1964 Tokyo Olympic Games, condemned the CCP for its persecution of innocent people who follow Truthfulness-Compassion-Forbearance. She said that she has benefited from Falun Gong over the past 23 years. She and another Olympic athlete, Martin Ruebins, crossed Europe and Australia during the Human Rights Torch Relay to call attention to the CCP’s human rights violations. 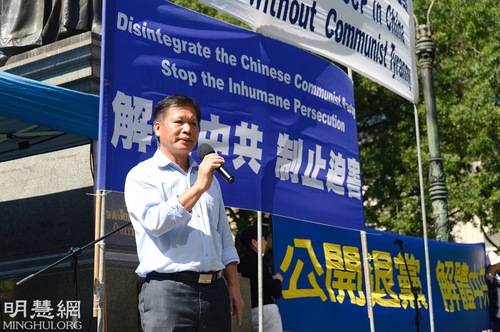 Mr. Jie Ruan, Chief Editor of Tian An Men Times, said that the CCP isn’t China or the Chinese people. He said the CCP has destroyed traditional Chinese culture and morality and infiltrated the world, including Australia. Mr. Ruan praised Falun Gong as a refreshing positive force to safeguard the morality and traditions in China, despite the CCP’s brutal persecution. “We must know that the CCP regime is against the nation and its traditional culture and that it’s the largest criminal gang against China!”

Ruan called for all Chinese to oppose the CCP’s crimes against humanity and its persecution of political dissidents and religious people—and to support Falun Gong’s fight for religious freedom. 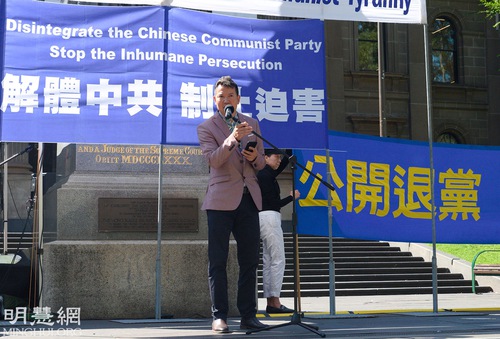 Alim Osman, President of the Uyghur Association of Victoria

Alim Osman, President of the Uyghur Association of Victoria, recounted the CCP’s numerous political movements that caused a total of over 80 million deaths. “We must stand up,” he said, “to call out what the CCP is: a brutal regime, an evil force driven by its goal of autocracy and genocide.” 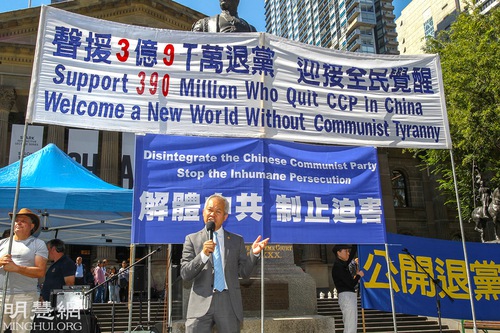 Bon Nguyen, President of the Vietnamese community in Victoria

Mr. Bon Nguyen, President of the Vietnamese community in Victoria, called for Australians to realize that the people of China are not the CCP. “The Chinese people are friendly and nice people, but the CCP is the enemy of the Chinese people.” He said the CCP has extended its atrocities overseas, especially harming Hong Kong. He called for people to treasure their freedom in Australia. 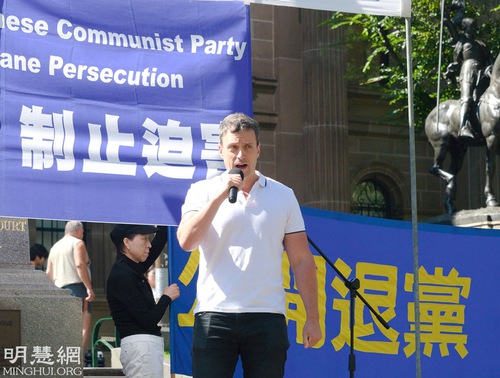 Morgan Jonas, President of Reignite Australia, said that he was certain the crime of harvesting organs from living people was still going on in China, because the investigation by the China Tribunal found evidence beyond a doubt that it was happening to Falun Gong practitioners as well as to Uyghurs and other minority groups. He called for everyone to condemn the CCP’s atrocities against humanity.