The Chinese Embassy in Ireland is located on a main road that leads to the southern part of Dublin. Many cars passed by and honked their horns to show their support for ending the persecution in China. 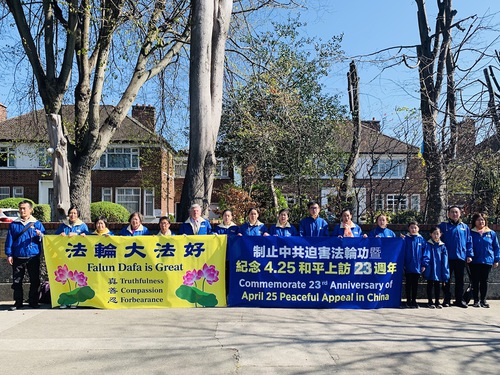 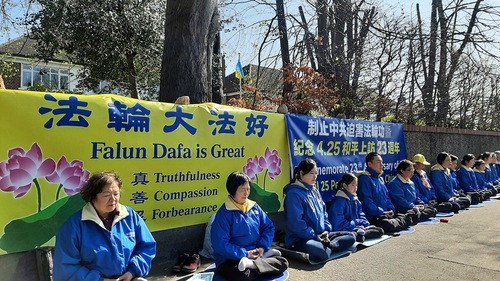 Falun Dafa practitioners in Ireland commemorated the April 25 peaceful appeal in front of the Chinese Embassy on April 20.

The practitioners’ activity attracted the attention of the Irish Medical Times. It posted a tweet on social media promoting Falun Dafa and exposing the crimes of the Chinese Communist Party (CCP). 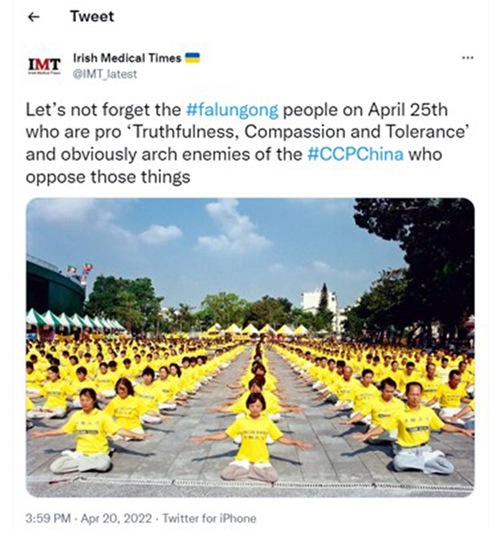 A tweet by the Irish Medical Times promoted Falun Dafa and exposed the CCP’s crimes.

The Irish leading medical magazine with about 13,000 medical professional followers wrote, “Let’s not forget the day April 25. A group of people adhering to Truthfulness-Compassion-Forbearance is treated like an enemy by the CCP.”

The editor of the magazine replied in an email to a Falun Dafa practitioner, “Though the April 25 peaceful appeal is not considered an event in the medical field, but human rights should be considered in every field. Good luck!”