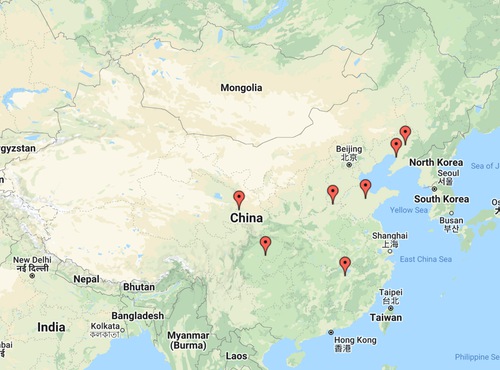 Ms. Chen Gahong, 50, of Potou Village, Nanyuan Township, was arrested at the end of 2021. Afterwards, her family and friends did not hear anything about her. They recently learned that she is incarcerated in the Lanzhou Women’s Prison. They believe she has been sentenced.

2. [Liaoning Province] Practitioners Tortured in the No. 2 Women’s Prison

Ms. Wang Xueling of Dandong City and Ms. Zhang Jingchun are incarcerated in the Fourth Ward, Liaoning Province No. 2 Women’s Prison. Guards removed their clothing and shoes. Barefoot and wearing only their underwear, the practitioners were made to stand on the concrete floor. The guards opened the windows and exposed them to freezing winter temperatures. As a result, their feet became frostbitten, and the skin on their legs turned black.

Guards forced practitioners who refused to be transformed (refused to renounce Falun Gong) to stand from 6:00 a.m. to 10:00 p.m., and sometimes until 2:00 a.m. on Sunday. They deprived the practitioners of visits with their family and the right to phone them. Inmates have to buy their own daily necessities. The guards capped the money that practitioners could spend to 50 to 100 yuan per month, and did not allow them to contact anyone or others to give them anything.

Mr. Luo Wenbin was arrested again when he was distributing Falun Gong flyers.

Mr. Luo, in his 40s, a college graduate, is a former outstanding teacher at the Luojia Town No. 1 Middle School. He was repeatedly sentenced and incarcerated for a total of twelve and a half years in prison. He survived torture in prison, but suffered a mental disorder.

His last prison term was a year. He finished it in September 2021 and was released from the Nanchang County Detention Center. He is now being held by the police again.

Mr. Wang Chaojie, 35, a high school teacher, was arrested and released on bail. He was suspended from his job.

Ms. Tang Suqing of Yingshan County was harassed at home by three officers from the Sui’an Police Station on April 2, 2022, for mailing letters which explained what Falun Gong is to the police department, the procuratorate, and the court. The officers ordered her to sign documents. After she refused, they threatened to give her two weeks of administrative punishment.

Mr. Chen Hengzhong has been placed under surveillance by Chen Wenying, the Xianchen Village Chinese Communist Party (CCP) secretary. Mr. Chen was monitored by villagers Zhou Xuehao and Zhou’s wife Xu Xiaoling. He repeatedly tried to persuade the couple to stop, but they did not listen.