(Minghui.org) Mr. He Binggang became incapacitated after being arrested for practicing Falun Gong, a spiritual discipline that has been persecuted by the Chinese communist regime since 1999. Despite his condition, the police still submitted his case to the Procuratorate, and are seeking a prison term against him. 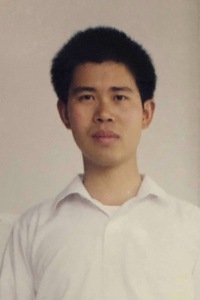 Mr. He, a 46-year-old former software engineer in Shanghai, has been suffering from declining health since his latest arrest on October 9, 2021. His neck issue and partial paralysis, which resulted from torture during a previous detention, worsened. He has now completely lost the ability to walk, and has become bedridden. He has trouble falling asleep at night and suffers from constant dizziness, headache, and incontinence.

The police broke into Mr. He’s home on October 9 when he opened the door for a delivery worker. His computer and cellphone were confiscated. He was taken to the Changning District Detention Center.

The police denied Mr. He’s lawyer from visiting him, with the excuse that his case endangered national security. Not until March 10, 2022, about one month after the police submitted his case to the Changning District Procuratorate on February 15, was his lawyer finally allowed to talk to him on the phone at the detention center, without seeing him in person.

Another practitioner, Ms. Zhang Yibo, was arrested on the same day. Although Ms. Zhang locked the door from the inside, the police forcibly opened it and broke in. Her computer, tablet, and cellphone were confiscated.