Home > Persecution > Accounts of Persecution
Single Father Sentenced to Four Years in Prison, Wife Died Seven Years Ago, Both Persecuted for Their Faith in Falun Gong
March 1, 2022 | By a Minghui correspondent in Chongqing, China

(Minghui.org) A 52-year-old Chongqing resident was recently sentenced to four years for practicing Falun Gong, a spiritual discipline that has been persecuted by the Chinese communist regime since 1999.

Mr. Chen Mingxi has served two prior terms in forced labor camps, one beginning in September 2000 and the other in April 2011, for a total of three years. The torture he endured during the first term left him disabled.

Mr. Chen's wife, Ms. Wang Xiaoxia, who also practiced Falun Gong, died on October 22, 2015. She had lost consciousness three days before, unable to attend a scheduled court hearing for distributing informational materials about Falun Gong. With her mother gone and her father persecuted, their teenager daughter struggles to fend for herself. 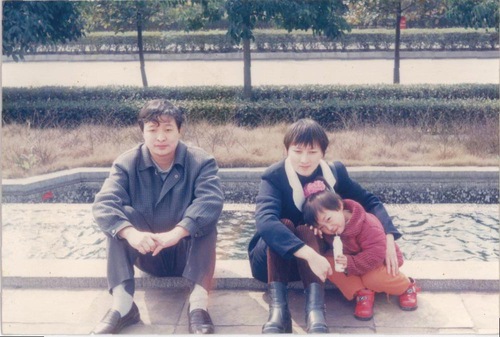 When Mr. Chen was about to leave home at 8 a.m. on June 8, 2021, a dozen officers surrounded him and broke in. They confiscated his Falun Gong books, a printer, a computer and over 10,000 yuan in cash, filling four big bags and a suitcase.

Mr. Chen was taken to the Shuanglong Police Station and interrogated. The police took him to three different facilities for physical examination. As all places found he had dangerously high blood pressure, the police released him on bail in the evening. On the next morning, the police ordered him to come to the police station to sign a notice of a six-month house arrest.

Prosecutor Liu Jie read the indictment and Mr. Chen then truthfully stated that no law has ever criminalized Falun Gong in China. His lawyer also added that he didn’t cause any harm to anyone by practicing Falun Gong.

When Mr. Chen was about to read his final defense statement, the presiding judge, Sun Hongtao, stopped him and adjourned the hearing. He said to Mr. Chen, “Why do you have to be so stubborn? If you didn’t have a minor to care for, we would have arrested you much earlier.”

Two months later, on February 18, the judge announced that Mr. Chen was sentenced to four years in prison with a 13,000 yuan fine.