(Minghui.org) Despite the harsh winter weather, Falun Dafa practitioners in Helsinki, Finland held truth-clarification activities outside the Kamppi Centre on January 29, 2022. They handed out informational materials about Falun Dafa and told people how the CCP (Chinese Communist Party) persecutes the spiritual practice in China, including harvesting practitioners’ organs while they are still alive. They also collected signatures on a petition to end this egregious human rights violation. As part of the event, they held a candlelight vigil to commemorate practitioners who were persecuted to death.

They told people that although it’s Chinese New Year, many practitioners are unable to reunite with their family members in China due to the ongoing persecution. 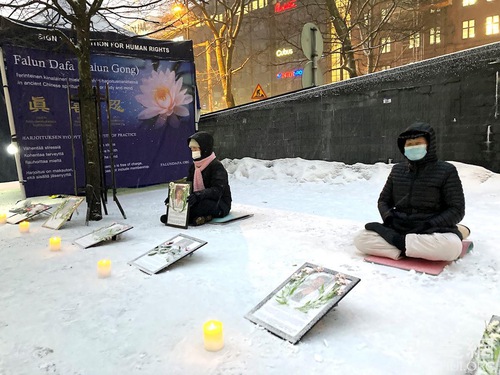 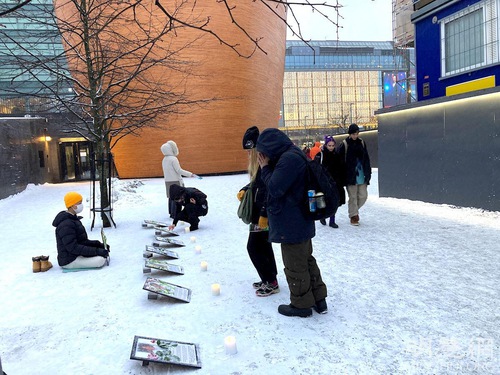 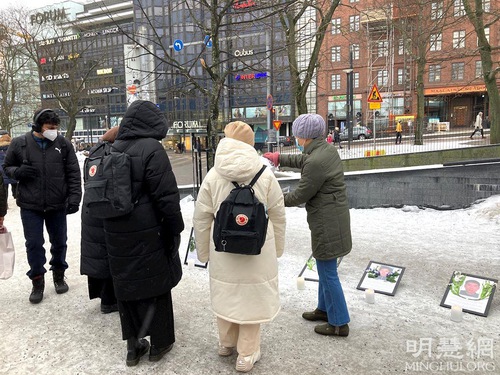 Many local residents stopped to talk with practitioners and learn about the persecution of Falun Dafa in China.

“If we do not stand up and speak for ourselves, we will no longer have freedom,” said Mr. SD after talking with a practitioner. He signed the petition to condemn the CCP and explained that he saw the Truthfulness-Compassion-Forbearance International Art Exhibition last year. The art exhibition left a deep impression on him. Mr. SD said, “The reason evil still exists is because we aren’t doing anything to suppress it. If we continue to remain silent, we will even lose our ability to resist. If we don’t stand up for ourselves and speak out for what we believe in, we will lose freedom forever.” 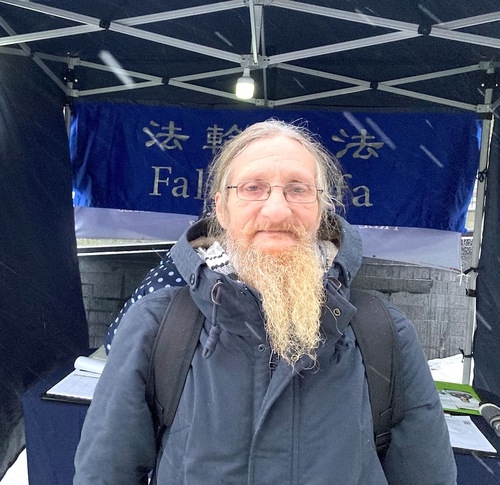 Local resident, Lisa, signed the petition and said, “The leaders of the CCP do not know the true meaning of human rights. Human beings all have basic rights. I’ve heard about Falun Dafa and how the CCP persecutes it. This persecution is neither beneficial to people nor to China. As the saying goes, ‘What goes around, comes around.’ The bad things that perpetrators do will one day come right back to them. Justice will always be on the side of the victims. We cannot let profits and gain take over our morals.” 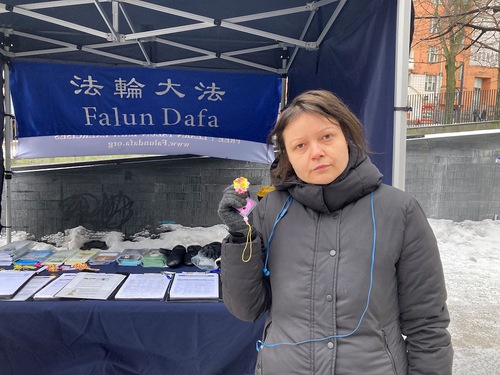 Lisa signed the petition after she learned how the CCP persecutes Falun Dafa. 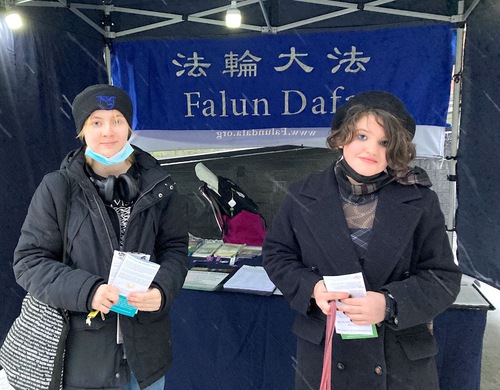 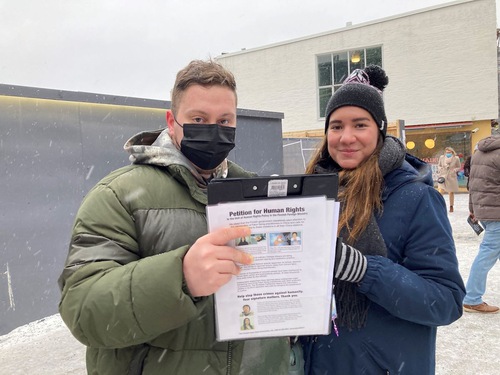 A Chinese young man whose flight back to China was delayed met Falun Dafa practitioners at the Kamppi Centre. A practitioner asked if he had quit the CCP and its youth organizations.

“Do I need to quit if I was once in the Young Pioneers?” he asked.

“Of course,” said the practitioner, “it may seem that you’re no longer a member of the Young Pioneers since you are over the age limit. However, when you swore to ‘struggle for communism all your life,’ and that you’d ‘give your life to the Party and never betray it,’ you have already taken a part in its evil deeds. Do you want to be burdened and be the scapegoat of the Party’s crimes?”

The young man immediately said, “Please help me quit the Party.” The practitioner pointed out that it was not a bad thing that his flight was canceled, suggesting that perhaps it had been arranged for him to stay safe by quitting the CCP organization. The young man smiled and agreed.

Minghui.org has confirmed the deaths of thousands of practitioners as a result of the persecution over the past 22 years, though due to the difficulty in getting informaiton out of China, the actual number is believed to be much higher. Many more have been imprisoned and tortured for their faith.

“Master Protects and Safeguards My Cultivation”