Practitioners from Sweden, Denmark, Finland, Norway, and the United Kingdom participated in the conference. Fifteen practitioners gave speeches on stage and talked about how they placed others first and improved their character while participating in various projects and in their daily lives. Among them were practitioners who have been practicing for 27 years or only two years. 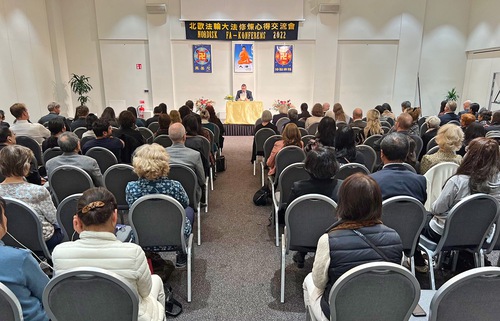 Practitioners held a conference in Gothenburg, Sweden, on November 6, 2022 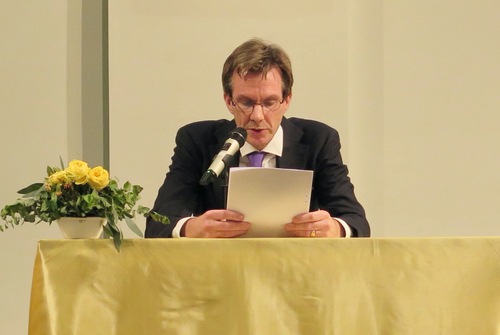 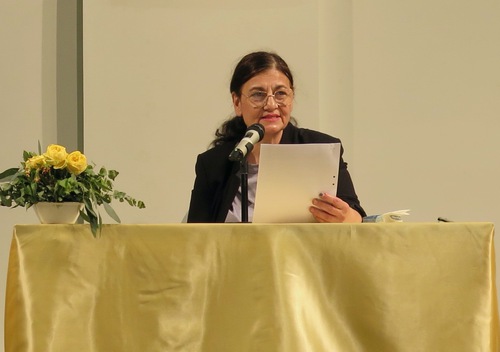 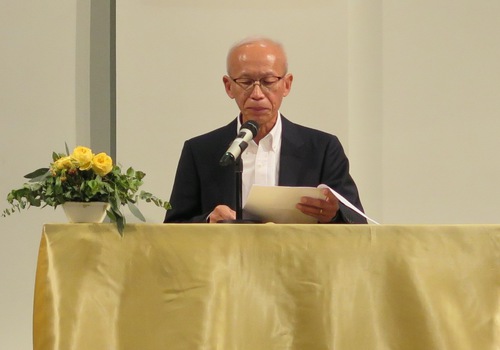 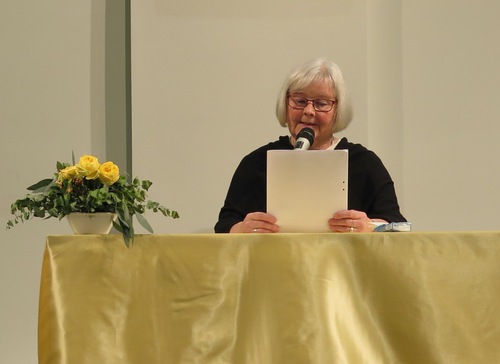 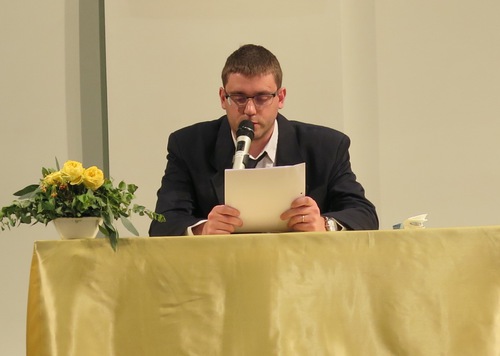 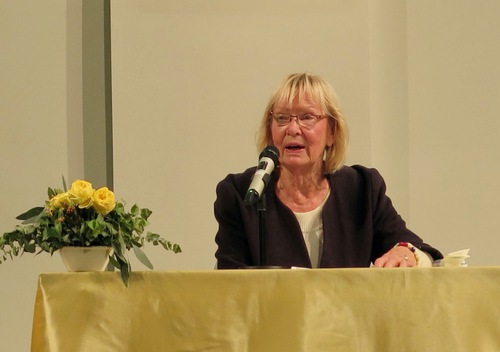 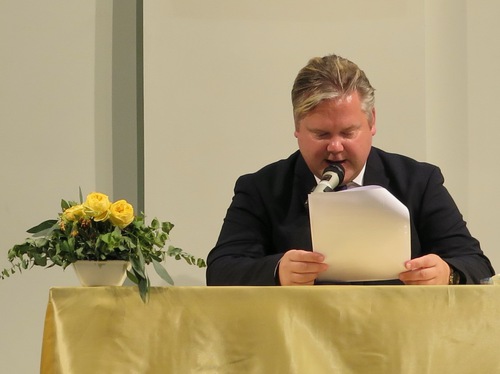 Practitioners talk about their cultivation experiences.

Mr. Choo, a Swedish practitioner, worked in a large company before he retired, and had colleagues or visitors from China. In his speech, he said that he wanted to tell them about Falun Dafa and the Chinese Communist Party’s (CCP) persecution. But he felt it was difficult because most Chinese were brainwashed by the CCP’s slander and propaganda against Falun Dafa. Mr. Choo and the other practitioners who worked for the company discussed the situation and decided to start by changing their coworkers’ misunderstandings.

He and the other practitioners proactively approached their coworkers, interacted with them in line with good professional ethics and social norms at work, and helped them when they encountered difficulties. Gradually, their Chinese colleagues learned about Falun Dafa, became comfortable with practitioners, and were willing to approach them. They also wanted to know more about Falun Dafa and took the initiative to look up the persecution information. When Shen Yun performed in Sweden, some of them went to Stockholm to watch the performances.

He said that Chinese colleagues who learned about Falun Dafa changed their opinion. One said, “I used to have negative views about Falun Dafa, but after getting to know you, I have completely changed.” Another one said that he watched a video analysis of the CCP-staged Tiananmen self-immolation incident on the Internet. Yet another one said, “It’s touching that Swedes can understand and practice Falun Dafa.”

Being Responsible While Working for the Epoch Times

Sissel from Norway has practiced Falun Dafa for many years. She was recently asked to help proofread articles for the Norwegian Epoch Times. In the beginning, she felt the workload was demanding, time-consuming, and too difficult.

She particularly disliked offending people, but sometimes had to return substandard articles to translators. “I was upset when this happened because I don’t like to offend people. I want to be liked and I don’t like to do things that make people unhappy,” she said.

Sissel tried to change her notion and get rid of this human attachment. She enlightened that sentient beings should be placed in a more important position. “From the perspective of saving people, although we are not professionals, we still have to do our best to do a good job. I must focus on the reading for the effect of the articles, and not be concerned if I will offend people. These articles are meant to awaken people. Readers will gain trust and confidence in the Epoch Times by reading them.”

Identifying Attachments While Participating in the Art Exhibition

Janett from Sweden began practicing Falun Dafa two years ago. She said she was touched by the Art of Zhen Shan Ren (Truthfulness, Compassion, Forbearance) Exhibition in the early days after she started practicing. She was drawn by the information reflected in the paintings, so she had the wish to join the art exhibition group.

Over a year later she joined the art exhibition project. Janett was thrilled that her wish came true. But she was uneasy because she was afraid that she didn’t know enough about the artwork to inform visitors and that she would be embarrassed if she didn’t do it well.

At first, she hid behind the scenes and dared not go out to guide the visitors, until a fellow practitioner pushed her in front which forced her to make a breakthrough. She discovered that those obstacles actually came from within herself.

Janett also started changing her mindset. She abandoned the thought that getting up early to do the exercises would affect her work due to lack of sleep. She made up her mind to strengthen her will and remove the obstacles she set for herself.

Participants Compare in Studying and Cultivation to Move Forward Diligently

The cultivation experiences shared by other practitioners gave the participants the opportunity to compare in how they read the Fa and how they cultivated themselves. Everyone said they hope to seize the limited time to practice diligently.

Ravichandra Kollu has been practicing for two and a half years. In 2018, after reading Zhuan Falun, the main book of Falun Gong, he began practicing. Kollu said that listening to the other practitioners’ speeches during the conference inspired him. He also talked about his recent laxness in cultivation and attending the conference motivated him to improve.

Emily from Finland said, “The conference is a good opportunity for everyone to improve their cultivation.”

Robert from Norway said he was inspired by a practitioner who said he got along with unreasonable colleagues, from being patient with human attachments to being completely unmoved and finally creating a peaceful working environment.

“I encountered a similar situation in my work,” he said. “Facing a picky supervisor, I realized that I had to look within. I noted that I had a lot of attachments. Because I was concerned about my reputation, I always wanted to be impeccable. I was anxious about delivering a perfect job. When I got rid of these obsessions, I can still do my best to get work done well. With my supervisor changing to being less picky, our relationship becomes peaceful.”

Robert plans to work hard on his cultivation in the future, “I’ll establish good habits, set a schedule, get up early to practice the exercises, and make every day more efficient. I’ll get rid of my attachment to comfort and inertia.”

“Podcast (Cultivation): “[European Fa Conference] How I Crawled Out of My Shell””

“My Husband Is Proud to Have a Falun Dafa Practitioner Wife”