(Minghui.org) After the elections are held in France this year, officials at all levels of government departments, including the Prime Minister, were changed. The French Falun Dafa Association sent a letter to the new officials, calling on them to pay attention to the Chinese Communist Party’s (CCP) persecution of Falun Gong (also called Falun Dafa) practitioners, which has been going on for 23 years.

According to the French Falun Dafa Association, since July 2022 it has received responses from different departments of the French government and local government officials. In their replies, some officials expressed their gratitude to the Falun Dafa Association for providing them with the information. Some of the officials expressed their support for the practitioners’ peaceful protest of the persecution. 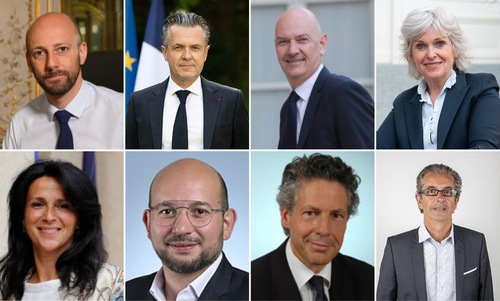 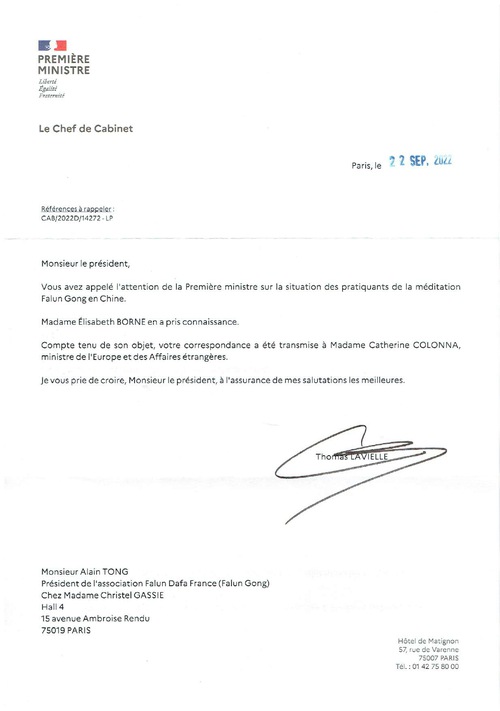 Letter from the Office of French Prime Minister, Elisabeth Borne

“Given the subject, we have forwarded your letter to Mrs Catherine Colonna, Minister of European and Foreign Affairs.” 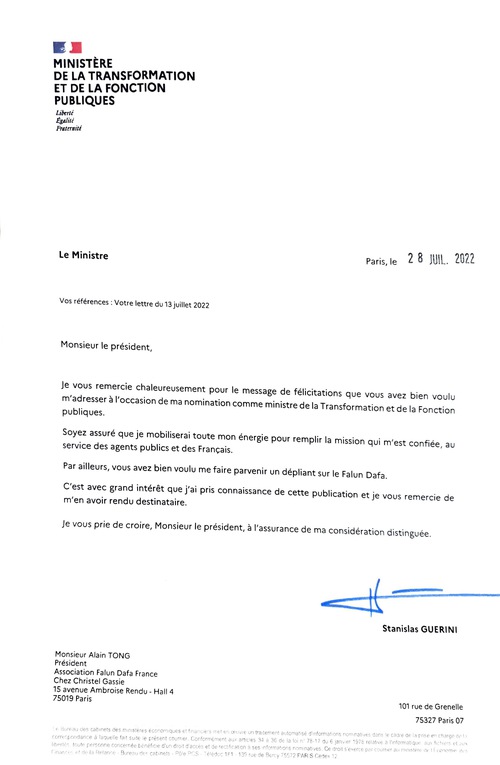 Letter from Stanislas Guerini, Minister of Public Transformation and Service

Stanislas Guerini, Minister of Public Transformation and Service, wrote, “Rest assured, I will do my best to accomplish the task entrusted to me and the mission entrusted to me. In addition, I have read this information (which you sent) with great interest and thank you for providing it to me.” 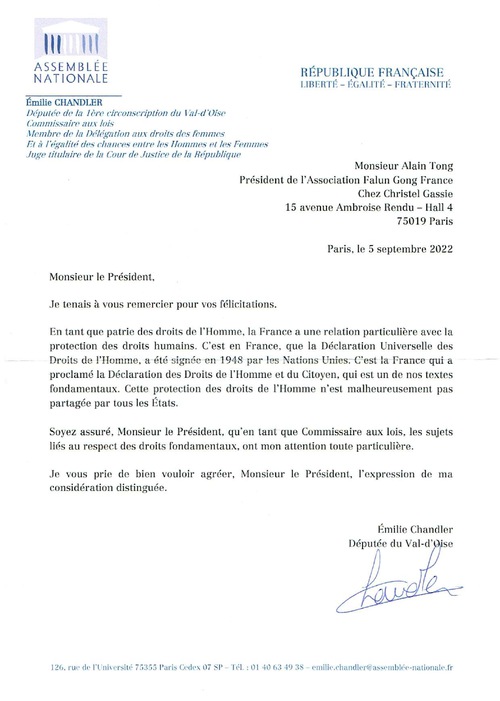 Letter from Émilie Chandler, Member of the National Assembly

“As a Law Commissioner, I am particularly concerned with issues related to respect for fundamental rights.” 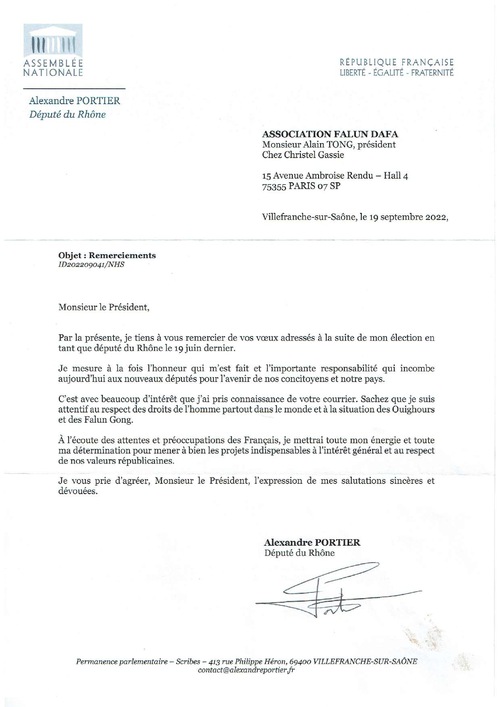 Letter from Alexandre Portier, Member of the National Assembly

In response, Alexandre Portier, Member of the National Assembly, wrote, “I read your letter with great concentration. I want you to know that I am very concerned about the situation of human rights in the world and the situation of the Uyghurs, and Falun Gong practitioners.

“I will devote all my energies to working for the universal good and respecting the values of the Republic.” 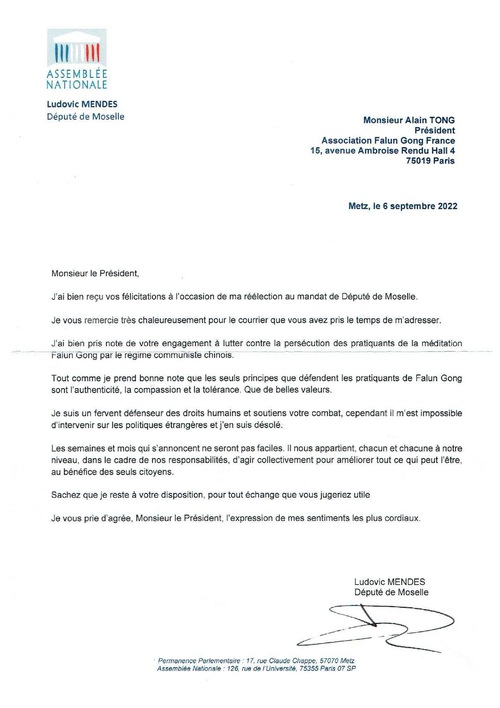 Letter from Ludovic Mendes, Member of the National Assembly

Ludovic Mendes, Member of the National Assembly, stated in response, “I noticed that you have been fighting against the CCP regime’s suppression and persecution of Falun Gong practitioners. The only principles that Falun Gong practitioners adhere to are Truthfulness-Compassion-Forbearance. What a beautiful value this is. I am a passionate defender of human rights and I support your struggles...” 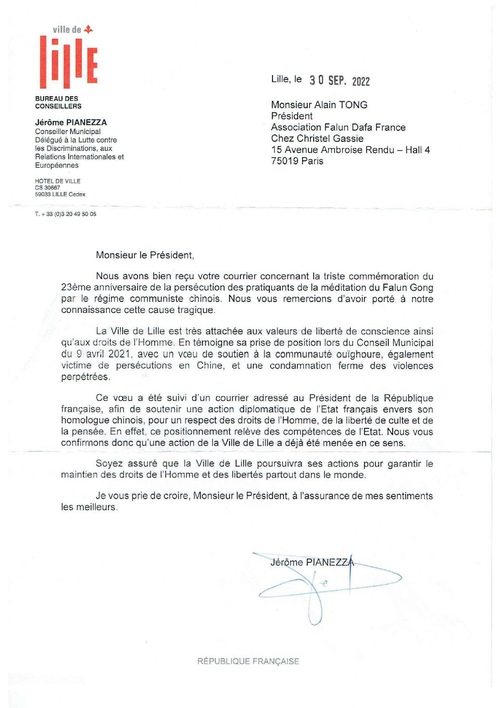 Jérôme Pianezza, City Councillor of Lille, stated, “Thank you for drawing our attention to the tragic fact that Falun Gong practitioners have been persecuted by the CCP authorities for 23 years. The city of Lille takes the value of rational freedom and human rights very seriously. Therefore, we have sent a letter to the President of the French Republic expressing our support for France's efforts to respect human rights, the right to freedom of culture and belief in its diplomatic actions to China.” 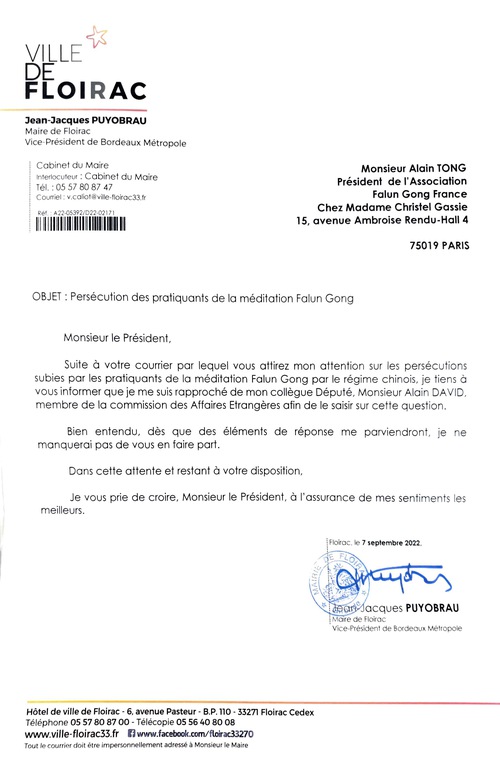 Jean-Jacques Puyobrau, Vice-President of Bordeaux Metropolitan, wrote: “I have spoken to my colleagues about this. I have also spoken to Mr. Alain David, member of the Foreign Affairs Committee. I'll be sure to let you know his response as soon as I get an answer.”

Background: What Is Falun Dafa and Why Is the CCP Persecuting it?

Under Jiang’s personal direction, the CCP established the 610 Office, an extralegal security organization with the power to override the police and judicial systems, and whose sole function is to carry out the persecution of Falun Gong.