(Minghui.org) New Year’s Eve is a joyous celebration—an opportunity for families to gather and welcome the new year. In China, however, a large number of Falun Dafa practitioners are still detained for their belief in Truthfulness-Compassion-Forbearance and cannot reunite with their families.

Practitioners came to the Chinese embassy in Tokyo to peacefully protest on New Year’s Eve, December 31, 2021. They demanded that the Chinese Communist Party (CCP) immediately stop its persecution of Falun Dafa and release all detained practitioners. 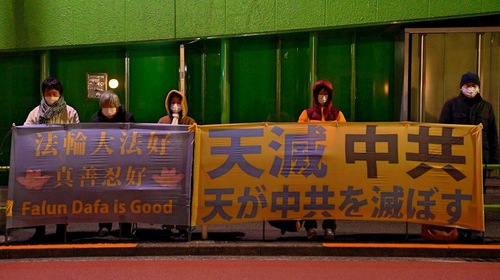 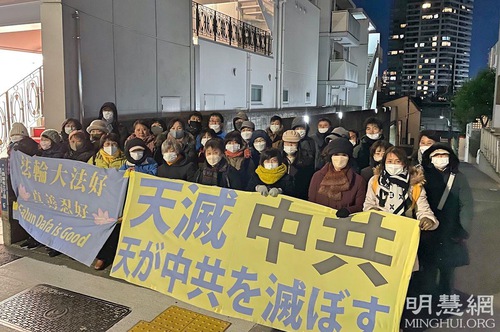 On New Year's Eve, December 31, 2021, practitioners peacefully protested in front of the Chinese embassy, demanding an end to the persecution. 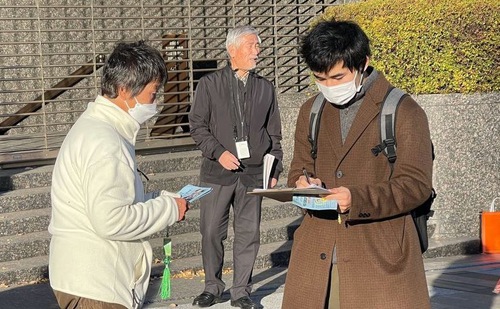 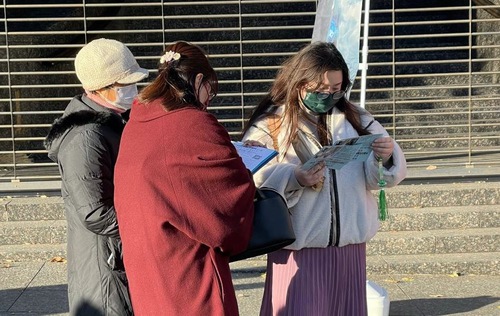 Every year on New Year’s Eve, local practitioners have come to the Chinese Embassy to call for an end to the persecution since the CCP began to persecute Falun Dafa on July 20, 1999. 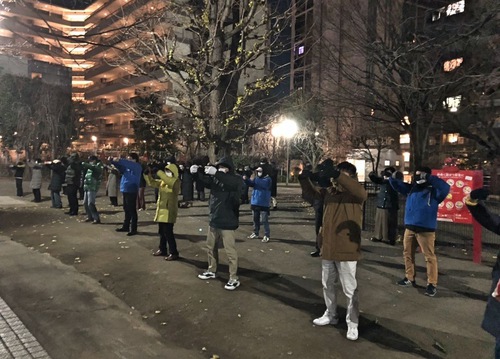 Practitioners do the exercises in the park

Kindhearted Japanese people brought them hot drinks. Practitioners thanked them for their kindness and realized that more people now know the facts about the persecution.