(Minghui.org) The book fair in Mersin city, which could not be held for two years due to the pandemic, was held November 20-28, 2021. Local practitioners participated and introduced Falun Dafa to people and told them about the persecution in China. They were warmly welcomed and many people learned the exercises during the event. 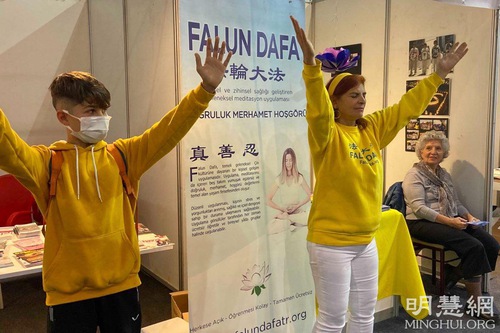 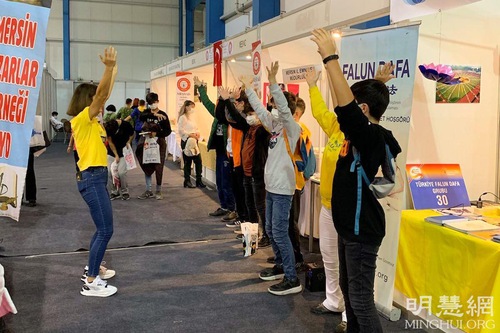 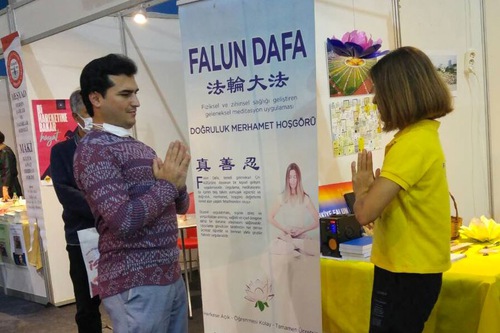 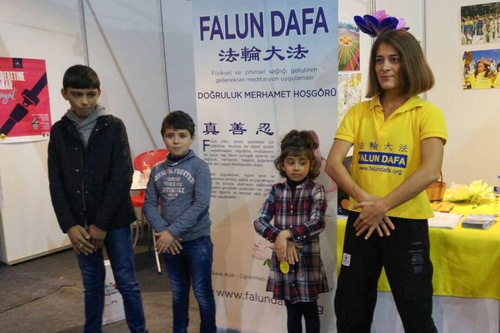 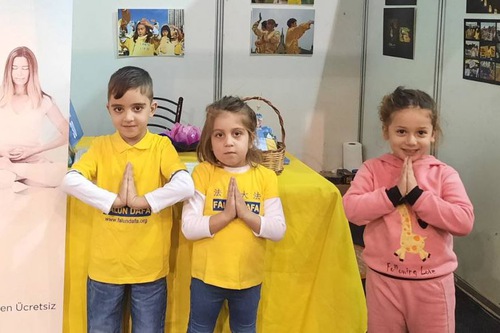 Little practitioners who participated in the book fair 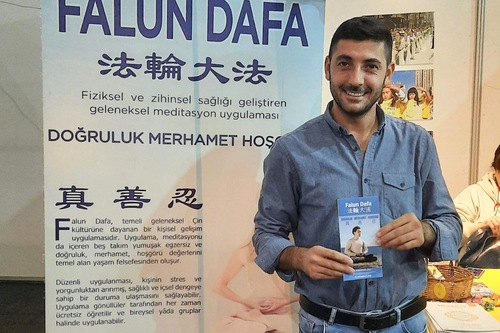 The mayor of Mersin City and the heads of three districts visited the Falun Dafa booth. District head Toroslar recorded a video of a practitioner doing the exercises and condemned the persecution. He said that he would publish the video on his social media account.

The fair coordinators stopped by the Falun Dafa booth and learned the facts about Falun Dafa. They condemned the Chinese Communist Party’s (CCP) persecution. They said that they planned to learn exercises. They also invited practitioners to participate in the book fair to be held in Istanbul in March.

Mehmet Bey, a teacher, was very interested in Falun Dafa. He said, “The world is in darkness because Truthfulness-Compassion-Forbearance is being persecuted. I feel very sad that Falun Dafa is persecuted. I will do my best to help in this matter.” He came back to the booth the next day and learned the exercises.

Mete Şahin is the owner of a shipping company. He and his mother Hüsniye came to the booth and talked to practitioners about Falun Dafa. They were very upset when they heard how the CCP persecutes Falun Dafa. Hüsniye said, “This is a massacre. This persecution should stop. Everyone should have the right to freedom of belief.”