(Minghui.org) After Beijing sentenced 11 local Falun Gong practitioners in mid-January, three weeks before the upcoming Winter Olympics, the U.S. State Department and other government officials, as well as human rights lawyers in Canada, condemned the Chinese Communist Party (CCP) for the wrongful convictions, and called on it to stop persecuting Falun Gong and release detained practitioners.

Ms. Xu Na, a painting artist, was sentenced to 8 years on January 14. Her husband died at age 42 on February 6, 2008, 11 days after being arrested for his faith in Falun Gong. His death came six months before the 2008 Summer Olympics. 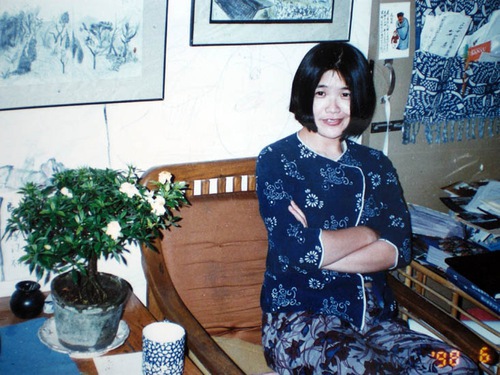 The English edition of the Epoch Times reported on January 21 that the U.S. State Department urged the CCP to “immediately end its depraved abuse and mistreatment of Falun Gong practitioners, release those imprisoned due to their beliefs, and address the whereabouts of missing practitioners,” wrote an official in an email.

“Since 1999, the Communist Party of China (CCP) has sought to eradicate Falun Gong, a spiritual practice originating in China, and its peaceful practitioners and human rights defenders who have fought for their right to practice their beliefs,” the email continued.

“Extensive evidence shows the PRC government continues to repress and abuse this community to this day,” the official wrote, adding that thousands of Falun Gong practitioners face detention, harassment, and reported torture and abuse each year for simply practicing their beliefs.

Many practitioners were detained for a long time without a hearing or trial. They were deprived of their legal rights to hire lawyers and were often sentenced on fabricated evidence.

Ms. Xu Na, a 53-year-old still life painter, had twice been imprisoned for practicing Falun Gong before her latest sentencing. To force her to renounce her belief, the prison guards tortured her in many ways, including forcing her to lie down, then pulling her legs apart to a straight line. Three inmates were then ordered to sit on her legs and back, causing her excruciating pain.

Her husband, Mr. Yu Zhou, a folk musician, was arrested in late January 2008 before the Summer Olympics. Because one copy of the book Zhuan Falun was found in the couple’s vehicle, they were held at the Tongzhou District Detention Center. Several days later, their family was notified on February 6, Chinese New Year Eve, that 42-year-old Mr. Yu had died earlier that day. In November 2008, Ms. Xu was sentenced to a three-year prison term.

He said that the CCP paid a lot of attention to its image, and often censors or blocks information from leaking, which was clearly seen during the Covid-19 situation in China, and before major international events.

Genuis emphasized that Western countries should promote freedom of speech in China, especially by Falun Gong practitioners detained for their faith.

David Matas, a human rights lawyer in Canada, saw a direct connection between heavy sentences and the upcoming Winter Olympics. That is, the CCP intends to intimidate those who dare to voice opinions different from those allowed by the regime.

In fact, it has become a protocol for the CCP to intensify persecution before and during the Olympics to discourage dissidents from exposing the regime’s brutality during such major events. This applies to both those who were sentenced and those who may be punished in this way.

Such sentencing is totally politically driven, explained Matas. In China, punishment like a prison sentence would intimidate any behaviors or belief different from the CCP’s official voice. The prison sentence is based on political needs and lacks consistency. With the upcoming Winter Olympics, the CCP hands down heavier sentences to suppress different voices in order to look good in front of visitors.

These measures, of course, often make the CCP look even worse.

“The Chinese Communist Party is relentless in its campaign against religious minorities,” remarked Senator Rick Scott during an interview with the Epoch Times.

“This latest attack on Falun Gong members who were trying to provide information about the pandemic is only the latest evidence of their gross attacks, and even more reason to cut ties and stop supporting this evil regime,” he added.

“Let’s be crystal clear what’s happening here: the CCP is rounding up people right before the Olympic Games,” he explained, “Democrats and Republicans, and allies of the United States, need to draw their line in the sand. This also applies to all those businesses who’ve been waving their social justice flags: they now face a test.”

According to Minghui, the following statistics were reported in 2021: at least 132 practitioners lost their lives to the persecution, with 1,184 sentenced and 16,413 arrested or harassed. Like Ms. Xu, many practitioners sentenced for their belief in Falun Gong are accomplished professionals, including military officials, government officials, professors, exemplary teachers, bank executives, business professionals, engineers, accountants, lawyers, doctors, and police officers.