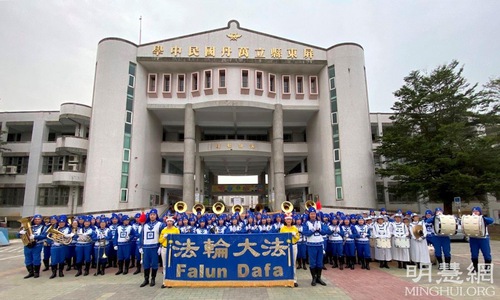 The Tian Guo Marching Band poses for a photo in front of Wandan Junior High School. 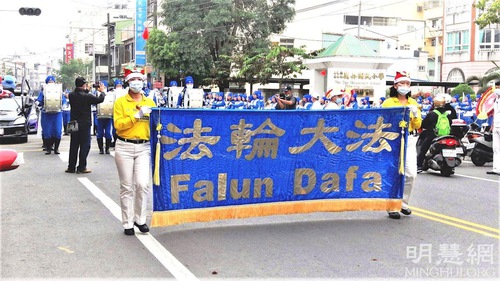 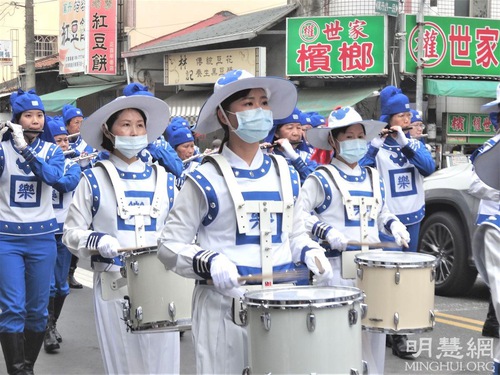 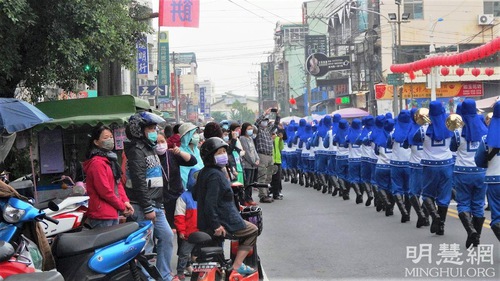 Band members were in good spirits. 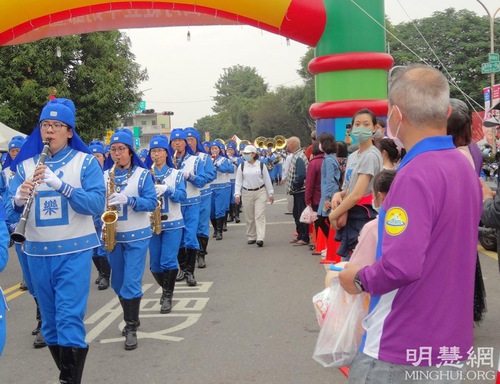 This year, the parade fell on Christmas Day, which added to the festive atmosphere of this traditional Chinese agricultural celebration. The Tian Guo Band’s drums and cymbals resounded through the sky, bringing joy and inspiration.

Liu Chao-hsiang, the mayor of Wandan Township in Pingtung County, said that the Tian Guo Marching Band is very popular among the people. He added that he was grateful to the band’s continued support of the Red Bean Festival.

The Sound of Firecrackers Welcomes the Tian Guo Marching Band

The festival wasn’t held last year due to the pandemic, but since the intensity of the pandemic has waned, it has resumed. Every year, the festival features folk arts and crafts, orchestra performances, a rice soup competition, red bean porridge tastings, a farmers’ association holiday market, family fun activities, street activities and various food stalls, as well as large-scale art installations and a straw maze.

When the members of Tian Guo Marching Band, dressed in ancient warrior costumes, appeared, many people stopped to watch.

The members were energetic and their majestic music vibrated throughout the area, emitting pure energy. People took out their mobile phones to record the performance.

When the Tian Guo Marching Band went by Wanhui Palace in Wandan Matsu Temple, firecrackers suddenly exploded in succession. Temple volunteers said later that they set off firecrackers to welcome the arrival of the band.

A beverage shop owner next to Matsu Temple remarked that the Tian Guo Marching Band is large and magnificent. “We see them every year during the Red Bean Festival,” he said. “It is the most eye-catching group in the parade.” He added that the band added a lively atmosphere to the parade.

After the Tian Guo Marching Band arrived at Wandan Park, the celebration organizer invited them to perform on stage. They performed five festival songs, including Jingle Bells, Give You Treasure, Green Mountain, Sacred Song and Wonderful Falun Dafa, garnering rounds of applause from the audience. 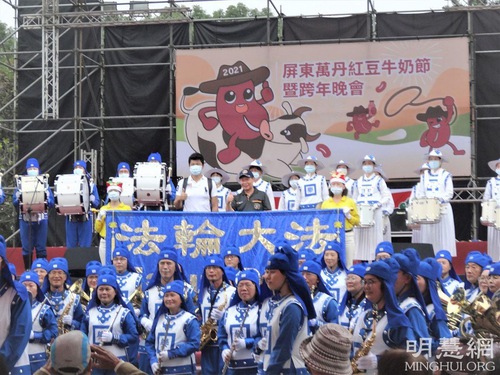 Zheng Guang-hui, the secretary of the Wandan Township Office, poses with the band.

After the Tian Guo Marching Band finished their performance, Zheng Guang-hui, secretary of the Wandan Township Office, gave them a thumbs up and had a photo taken with them. 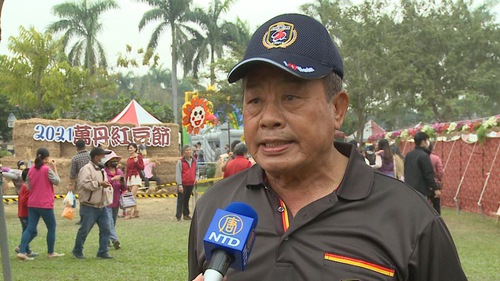 Liu Chao-hsiang, the mayor of Wandan Township in Pingtung County, had words of praise for the band.

Liu Chao-hsiang, the mayor of Wandan Township in Pingtung County, praised the band because it is so large, yet organized, and is very popular among the people. He thanked the band for their ongoing support for the Red Bean Festival. 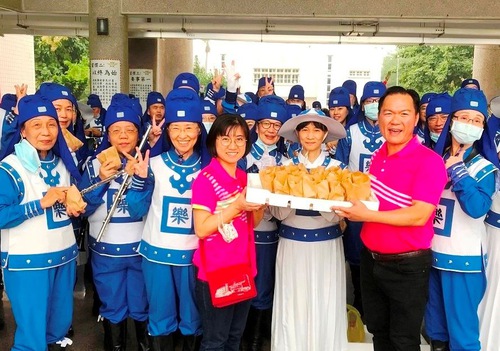 After the Tian Guo Marching Band finished their performance, the head of a village in Wandan Township brought 300 red bean cakes for the members. 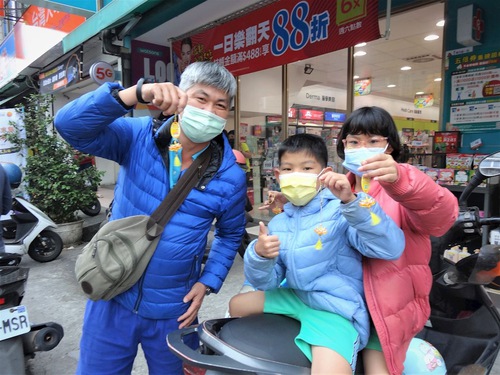 During the parade, practitioners distributed small origami lotus flowers. People were very happy to receive them.