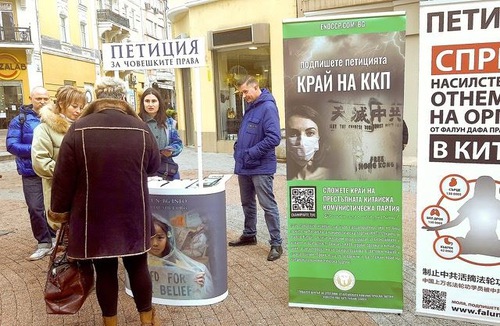 Signature collection in Plovdiv calls to stop the persecution. 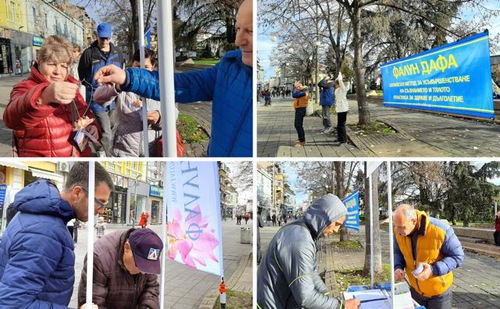 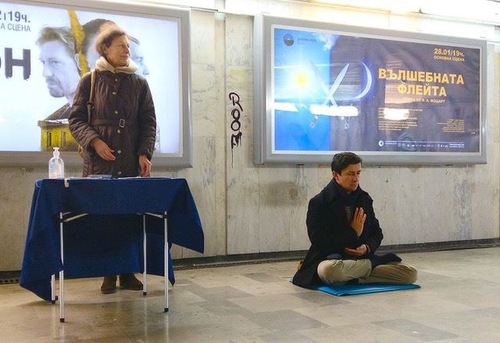 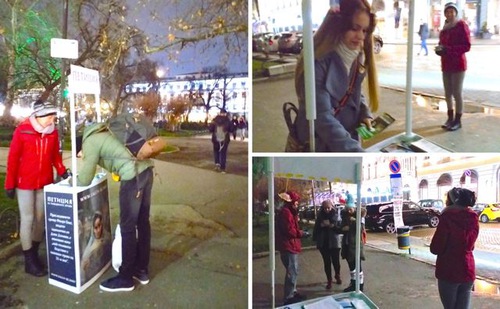 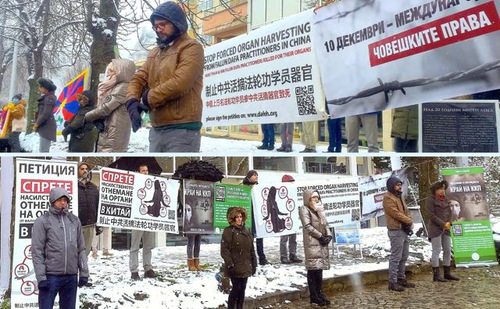 Practitioners protest the persecution in front of the Chinese Embassy.

Residents in each city condemned the CCP for its brutality, especially its crime of harvesting organs from practitioners while they are alive. They signed the petition calling for an end to the CCP’s atrocities, and to bring Jiang Zemin, the former head of the CCP who launched the persecution, to justice.

Many young people in Sofia were curious and wished to learn more about Falun Dafa. Tsvetelina, a young political scientist, said she wants to help end the CCP’s persecution. Two young women came together to sign the petition. One of them said that she was reading a Falun Dafa book, and supported the human rights of Falun Dafa practitioners in China and all over the world.

Falun Dafa (also known as Falun Gong) was first introduced to the public by Mr. Li Hongzhi in Changchun, China, in 1992. The spiritual discipline is now practiced in over 100 countries and regions worldwide. Millions of people who have embraced the teachings—which are based on the principles of Truthfulness, Compassion, and Forbearance—and learned the five exercises, have experienced improved health and well-being.