Zhang Zhenduo, Former Deputy Director of the Liaoning Provincial Department of Justice, is on the list. 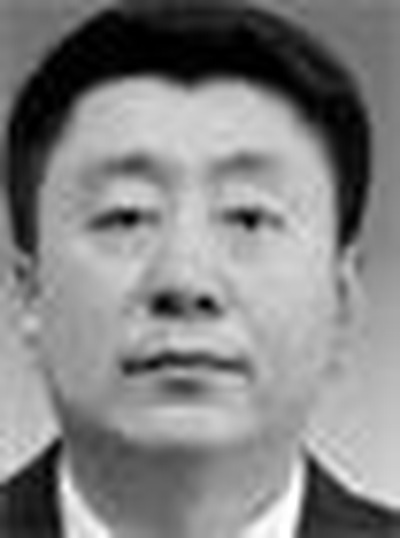 November 2015: Dean of the Operating Center at the Liaoning Provincial Public Security Bureau (equivalent to a Deputy Director position)

Zhang Zhenduo closely followed and implemented the persecution policy against Falun Gong throughout his political career. Under his tenure, the persecution in Liaoning Province, including in the cities of Shenyang and Jinzhou, has always been very severe.

The following are select persecution cases.

1. Persecution During Tenure as Vice Mayor of the Jinzhou Municipal Government, the Secretary of the Standing Party Committee, and the Chief of the Public Security Bureau

According to data collected by Minghui.org, more than 100 Falun Gong practitioners were targeted in the Jinzhou area from January 2018 to May 2019. Among them, 80 were arrested, 27 were harassed, 12 were sentenced, and two died.

Mr. Shao Minggang, 62, was arrested on March 4, 2016, by the Jinzhou 610 Office and Linghe District Public Security Bureau. After a hearing by the Linghe District Court at the detention center, he was sentenced to six years in prison. He was taken to Dongling Prison in Shenyang in the same year and was brutally tortured there. His blood pressure levels remained high. He had difficulty moving around. He suffered from chronic fatigue and became incontinent.

From January 2 to 5, 2018, he vomited large amounts of blood, but the prison did not provide any medical treatment to him. His medical parole was finally approved on April 28, 2018, and he returned home on May 2, 2018. He continued to suffer harassment and intimidation. He passed away on February 17, 2019.

Ms. Li Yanqiu was arrested on December 14, 2018, while distributing Falun Gong informational calendars. Her computer, Falun Gong books, and other personal belongings were confiscated. She was held at Jinzhou City Women Detention Center. On the morning of January 21, 2019, while Ms. Li was very weak and couldn’t talk clearly, the Taihe District Court held a secret hearing of her at the detention center and sentenced her to five years in prison. She was transferred to the Liaoning Provincial Women’s Prison on February 19, 2019. On March 4, on her 14th day in that prison, she was tortured to death at the age of 52.

2. Zhang’s Crimes During His Tenure as the Secretary of the Standing Party Committee and Chief of the Liaoning Provincial Prison Administration

For almost all Falun Gong practitioners held in the Chinese prisons, they were monitored around the clock by the most violent inmates specially selected. With term reduction as incentives, these inmates were instigated by the guards to use various torture methods and brainwashing on the practitioners, trying to force them to renounce their faith. When physical torture failed to work, the authorities would use drug administration, in order to achieve the required “conversion rate.”

The following are some of the cases of torture and death that happened at in Liaoning prison:

Ms. Li Guirong was honored as one of the “Top Ten Excellent Principals” in her school district. She was arrested in October 2006 and sentenced to seven years in prison. She was arrested again in February 2015 and sentenced to five years in prison. She was tortured by the Fifth Squad at the Liaoning Provincial Women’s Prison. To force her to renounce Falun Gong, the guards instructed the inmates who were assigned to monitor her to beat her severely, punch and kick her, and stomp on her hands with hard-soled shoes. Ms. Li was beaten until her whole body turned blue and purple.

On one occasion, an inmate grabbed her hair and dragged her around the room. A large amount of her hair was pulled off. She was also forced to “squat,” sometimes for days. During the squatting, she was not allowed to eat, nor go to the bathroom, or sleep. Ms. Li passed away in the prison in mid-January 2020. She was 78.

Mr. Hu was sentenced to two years in prison on June 20.. Despite that he was in critical condition, the court ordered to transfer him to the Kangjiashan Prison on October 30, 2019. He became emaciated and didn’t even have the strength to turn over. The prison authorities refused to release him and did not provide him with any medical treatment. They claimed that they would not release him even if he died since he refused to renounce Falun Gong. Mr. Hu passed away on February 16, 2020.

Mr. Wang Dianguo, his wife Ms. Yu Baofang, and their son Mr. Wang Yu were arrested at home on July 4, 2017. The police used hammers to knock down the door. Only thirteen days later, on July 17, 2017, Ms. Yu was tortured to death at the Anshan City Women’s Detention Center. Mr. Wang was later sentenced to four years. He was persecuted to death at Dalian City Prison on June 16, 2020, about two years after he was taken there.

Ms. Lan Lihua was arrested on November 6, 2018. She was tortured at Shenyang City Detention Center, including force-feeding and hanging by her arms. An egg-sized lump developed on her left breast, which was later diagnosed to be breast cancer. Ms. Lan was sentenced to three years and ten months in May 2019. She passed away at Liaoning Provincial Women’s Prison on April 23, 2020. She was 49.

Ms. Chen Yongchun was sentenced to five years in Shenyang City Women’s Prison in 2017. After a month of brainwashing, the prison guards forced her to do unpaid labor, often working past midnight. Prison guards also instigated the inmates to beat her. The mental torture and long hours of labor caused her to lose weight rapidly. She was often in a trance and had no appetite to eat.

Mr. Zou Liming was from Panjin City in Liaoning Province. He was arrested in June 2015 and sentenced to two years and six months in prison. In September 2019, Mr. Zou was transferred to Nanshan Prison where he was not allowed visits by his family. In November 2019, he was transferred to Dalian City Prison. On February 7, 2020, his family received a phone call from the prison saying Mr. Zou was in a deep coma and was critically ill. He passed away at Dalian Third People’s Hospital on March 8, 2020. He was 66.

Ms. Zhang Yuhong, a practitioner in Fuxin City in Liaoning Province, was tortured at the Liaoning Provincial Women’s Prison. She suffered a brain hemorrhage and was unconscious for many days. She was transferred to a hospital’s intensive care unit but remained in a coma after two surgeries. The prison prohibited her family from communicating with the doctors, rejected her medical parole, and demanded her family to pay for more than 100,000 yuan of medical expenses.

Several inmates in the same cell saw this incident. The officers on duty were Li Zhe and Li Yan. The clergy in charge was Yang Min and the supervisor of Section 6 was Niu Jingjing. The next morning, people saw that Ms. Xu’s jacket was soaked with bloody water, which kept dripping for several days. To cover it up and prevent others from seeing it, guards assigned inmates to take Ms. Xu for cleaning separately. Starting in August 2020, Ms. Xu started a two-month hunger strike.

“Jerusalem, Israel: Showing the Beauty of Falun Dafa vs. the Brutal Persecution in China”

“Studying the Fa, Improving My Character, and Awakening Sentient Beings”