(Minghui.org) Sanctioning human rights abusers has become a consensus among democratic countries. After the U.S. passed the Magnitsky Act in 2016, Canada, the United Kingdom, and the 27-member-country EU enacted similar laws. Australia and Japan are working on the same.

In accordance with these laws, Falun Gong practitioners have compiled lists of perpetrators involved in the persecution of Falun Gong these past few years. Every year they submit several lists to democratic governments, urging them to sanction the named perpetrators.

Starting on July 14, 2021, Falun Gong practitioners in more than 30 countries are submitting the latest list of perpetrators involved in the persecution of Falun Gong to their respective governments, demanding sanctions on these human rights abusers, including denying entry into their countries and freezing their assets overseas.

Three names on this list are Jiang Ping, Chen Yin and Zhang Hua. 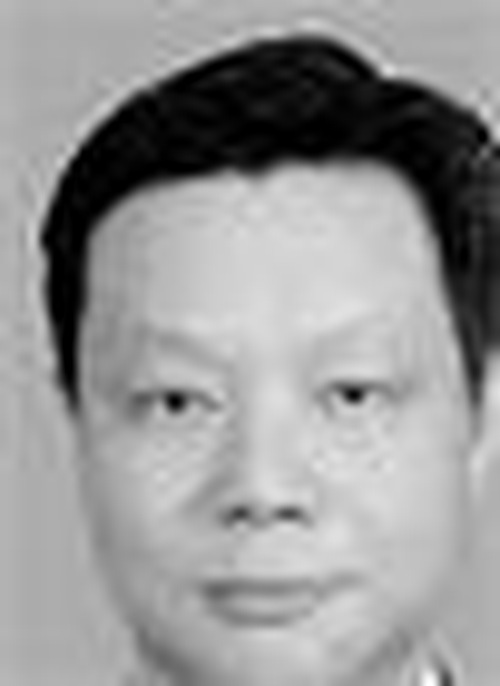 July 2013 – May 2017: Secretary of Political and Legal Affairs Committee of Shanghai City 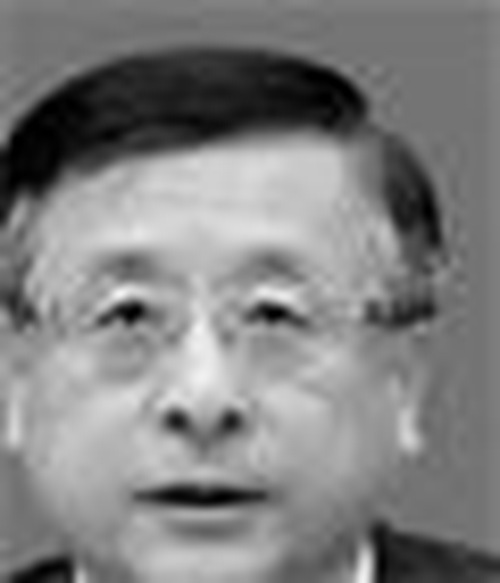 May 2017 – March 2019: Secretary of Political and Legal Affairs Committee of Shanghai City 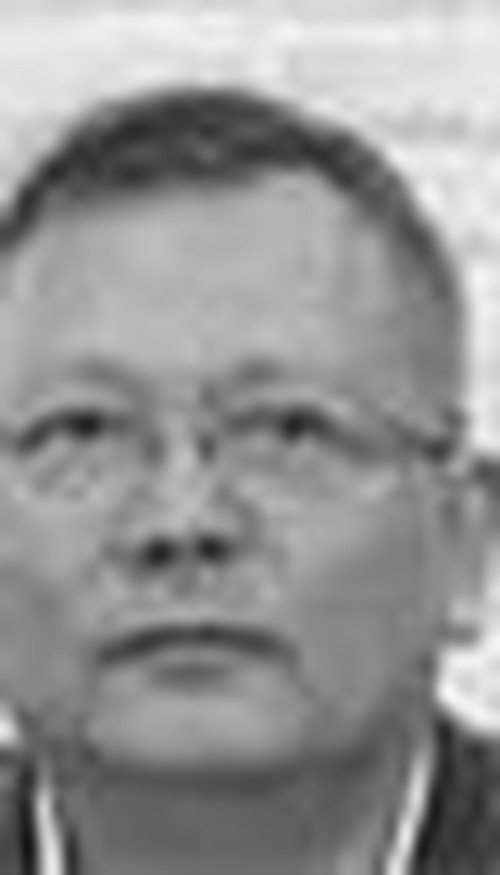 During Jiang Ping, Chen Yin, and Zhang Hua’s posts in Shanghai as Secretary of the Political and Legal Affairs Committee, Deputy Secretary of the Political and Legal Affairs Committee, and Director of the “610 Office” respectively, they were in direct control of the systematic persecution of Falun Gong practitioners in the Shanghai area, including illegal arrests, detentions, prison sentences, house raids, and brainwashing. According to available data, since 2013, hundreds of Falun Gong practitioners in Shanghai have been arrested, detained, sentenced, or sent to brainwashing centers. At least ten practitioners died as a result of the persecution: Zhao Bin, Ma Dongquan, Bai Gendi, Li Yuqin, Weng Ping, Yang Xuezhen, Chen Boying, Lu Airong, Jiang Yong, and Xi Jiao. Practitioner Li Xiaoying suffered a mental breakdown due to the persecution.

1. Select Death Cases from the Persecution

Case 1: Ms. Bai Gendi Dies After Being Drugged in Prison

Ms. Bai Gendi, 65, was imprisoned for 14 years for refusing to renounce her faith in Falun Gong. Her latest arrest was in September 2012. She was illegally sentenced to 6.5 years in prison on May 3, 2013. Ms. Bai was subjected to torture and abuse from the moment she was transferred to Shanghai Women's Prison in mid-2013. On August 24, 2016, she was rushed to the emergency room and hospitalized for several days. She later told her family that her food was laced with drugs multiple times in prison. On the day she was rushed to the emergency room, she reportedly felt dizzy and lost consciousness after eating breakfast. Ms. Bai’s condition kept deteriorating and she passed away on June 15, 2017.

Case 2: Police Cut Water and Electricity and Blocked Rescue of the Elderly

On the morning of January 19, 2016, several national security police attempted to enter and search Mr. Li Yuqin’s home. Mr. Li’s family refused to open the door. After failing to pry the door open, police cut water and electricity to Mr. Li’s home. That afternoon, overcome by fright and stress, Mr. Li fainted. His family told the police guarding the house about Mr. Li’s condition and requested that water and electricity be restored to the home. The police refused even after emergency rescue teams arrived and asked for electricity to be restored immediately. Mr. Li passed away at 3 a.m. the next morning. He was 68.

Mr. Lu Airong was arrested in late 2013 and sentenced to three years on January 16, 2014. Due to high blood pressure, Mr. Lu served his sentence outside the prison under surveillance. He was forced to wear an ankle bracelet 24 hours a day. The local “610 Office” later forced Mr. Lu to move into a nursing home. About six months later, Mr. Lu suffered a stroke from cerebral thrombosis and half of his body was paralyzed. While in the nursing home, Mr. Lu was sometimes tied to his bed with both his arms and legs restrained. When he was taken home, Mr. Lu’s body was covered in terrible-smelling pustules. On December 25, 2017, only 13 days after his release, Mr. Lu passed away.

Ms. Weng Ping was arrested on June 2, 2015, and sentenced to 16 months in prison on September 18, 2016. While awaiting trial at the Changning Detention Center, she developed severe health problems including high blood pressure and gallstones. Her family requested that she be released on medical parole, but the local authorities refused. By the time she was released, she had lost a third of her body weight. Ms. Weng passed away on April 30, 2017.

Mr. Jiang Yong was arrested and his home ransacked on April 24, 2019. He had a stroke that day and was released on bail two days later because the local detention center refused to admit him. The “610 Office” authorities continued to harass Mr. Jiang after he returned home. Mr. Jiang was deeply distressed by the strict surveillance. He suffered a major brain hemorrhage on November 19 and became unconscious. He died seven days later at the age of 51.

2. Detention in a Mental Facility and Brainwashing Center

Ms. Tang Weimin, an artist who worked at the Shanghai Dramatic Art Center, was arrested and detained seven times for her faith. She was forced to attend brainwashing classes three times. Her seventh arrest took place on May 14, 2016. She was held at a detention center for 30 days before being detained in a mental hospital for 20 months. As a result of being forced to take unknown drugs, Ms. Tang developed auditory hallucinations, and her hair turned gray.

Less than six months after Ms. Tang was released, on August 7, 2018, the Xuhui District police broke into her apartment, confiscated her personal belongings, and took her to the Xuhui Detention Center. Two days later, Ms. Tang was sent to a brainwashing center.

Ms. Dong Yuying, 65, was taken to the Shanghai Women’s Prison on March 6, 2014. While in prison, Ms. Dong was put under “strict control” even when her blood pressure reached 210/140 mmHg. She was once tied up for several days in a row. From June 2015 through February 2016, police instructed prison inmates to torture Ms. Dong repeatedly by slapping, kicking, pinching, stepping on her feet, etc. in order to force her to renounce her faith. As a result, Ms. Dong’s entire body was covered in bruises, and her hands, feet, and knees were constantly swollen. To this day, Ms. Dong still suffers from injuries to her legs, arms, and ligaments. She has difficulty walking, and her left arm cannot bend far enough to reach her back.

According to available data from the Minghui website, in 2018, dozens of Falun Gong practitioners in Shanghai were harassed, over 70 were arrested, at least 17 were tried, and 20 were sentenced.

Mr. Deng Chenglian was arrested without a warrant on March 23, 2018. The police seized his personal property and took him to the police station where he was interrogated for an entire day without any food or water. While under detention, Mr. Deng was handcuffed and shackled for 15 days. He was tied down on the “death bed” for 17 days. On April 16, 2019, Mr. Deng was sentenced to four years in prison. Within a period of two years while in prison, Mr. Deng had to be taken to the hospital multiple times.

In 2019, at least 15 Falun Gong practitioners in Shanghai were sentenced and fined, 16 were tried, 56 were detained, and 105 were arrested and had their homes ransacked.16 Mr. Zhang Qin, a 65-year-old retired engineer, was arrested on April 24, 2019, at a subway station in Shanghai. He was sentenced to five years in prison on July 6, 2020.

In 2020, at least 87 Falun Gong practitioners in Shanghai were arrested, 71 were harassed, 24 were sentenced, and one was persecuted to death.

For a long time, the Political and Legal Affairs Committee and the “610 Office” in Shanghai have fabricated and spread lies defaming Falun Gong, especially through propaganda and cultural and educational organizations.

On July 10, 2018, Zhang Hua, the deputy secretary of the Political and Legal Affairs Committee and the director of the “610 Office” of Shanghai City, attended the “2018 Shanghai Cultural Anti-Evil Exhibition” in Huangpu District.

In 2019, over 200 people in Chongming District were “trained” at “Stay Away from Evil Cult and Live Scientifically” activities.

“Healing Experiences of My Relatives Who Had Faith in Dafa”