(Minghui.org) Liaoning Women’s Prison is the major women’s prison in Liaoning Province. Located in the northwestern suburb of Shenyang City, it is one of the most notorious in the country for abusing incarcerated Falun Gong practitioners, even resulting in the deaths of some practitioners.

Falun Gong is a mind-body practice that has been persecuted by the Chinese communist regime since 1999.

In addition to the torture and brainwashing, Falun Gong practitioners have also become the prison’s forced laborers—making clothing, textiles, and handcrafts for both domestic consumption and export without being paid.

Below are two recent cases that testify to the brutality still going on at the Liaoning Women’s Prison.

Ms. Xie Baofeng was sentenced to ten years in prison in 2004 and five years in 2017. During her latest imprisonment, the tortures rendered her paralyzed and wheelchair-bound. Despite her cancer diagnosis, the prison would not allow her to rest, and still forced her to sit still on a small stool all day long.

Another practitioner, Ms. Jiang Wei, was sentenced to eight years in 2004, and developed stomach cancer during her imprisonment. She was last arrested in 2015 and sentenced to twelve years. The prison authorities recently sent her to a mental hospital to receive so-called mental treatments. 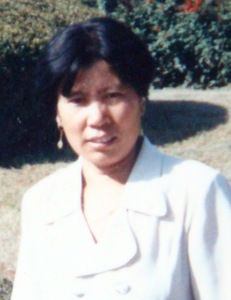 Ms. Xie, in her 60s, has many times been arrested because she remained a steadfast practitioner and refused to renounce her faith. After the persecution started in 1999, she was put in a forced labor camp once for two years, given ten years in prison in 2004, and five years in 2017. She was once forced to leave her home to avoid the constant harassment.

Between November 2017 and March 2018, while serving time at the Liaoning Women’s Prison, Ms. Xie had frequent sharp stomach pains, but the prison authorities ignored her. One time her symptoms got so bad that the guards rushed her to the prison hospital. The doctor in the prison hospital quickly transferred her to the intensive care unit (ICU) of Shenyang Hospital. She was diagnosed with pancreatic cancer.

She fell unconscious for three weeks in the ICU and the hospital announced that she was critically ill and billed her family over 100 thousand yuan. She later regained consciousness, which surprised the doctors, who believed that she had no chance of recovery.

Before she was discharged from the hospital, Tang Yan, the head of the ward where she was incarcerated, told her that she could go straight home if she signed a statement to renounce Falun Gong. She refused to comply and was sent right back to the prison.

By that time she had lost the ability to walk and was put in a wheelchair. Even so she was forced to do labor-intensive work during the day and not allowed to rest at night. She had to sit still on a small stool until bedtime. On Sundays she wasn’t allowed to stay in bed and had to sit still on a stool all day, which hurt her lower back and legs, and ruptured the flesh on her buttocks.

Ms. Jiang Given A Total of 23 Years in Labor Camp and Prison 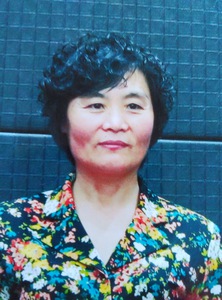 Once the owner of the luxurious Landun Hotel in Liaoning Province, Ms. Jiang lived a life people envied, until the Chinese Communist regime launched the persecution of Falun Gong in 1999. She took up Falun Gong in 1998 and since then the hepatitis, heart problems, insomnia, migraines, and gynecological problems she suffered quickly went away without medical treatment.

When she went to Beijing to speak up for Falun Gong in October 1999, the police arrested her and gave her three years in a forced labor camp. Two years after she was released, in April 2004, she was arrested again and sentenced to eight years in prison. Her latest arrest took place in 2015 and she was given 12 years in 2016.

Years of illegal incarceration cost her her marriage and tens of millions of yuan from her business and properties. The tortures she endured and the unknown drugs she was injected with in a mental hospital eventually caused her to become emaciated and diagnosed with stomach cancer.

Injected with Unknown Drugs in Mental Hospital and Loses Memory

While being held at the Masanjia Forced Labor Camp in October 1999, the guards shocked Ms. Jiang with electric batons on the sensitive parts of her body. She had to do unpaid labor 17 hours a day and was often beaten until she passed out. She was put in solitary confinement, force-fed, and stretched in contorted positions until she lost mobility.

Near death, Ms. Jiang was transferred to Gujiazi Mental Hospital in Shenyang City in November 2001 and given an injection that damaged her central nervous system and made her lose her memory.

She was also given six bottles of unknown IV infusions, three doses of unidentified pills, and other injections for two days until she became unresponsive.

The hospital staff members tied her up and applied high-voltage electric shocks to her head and limbs. She screamed incessantly until a nurse stopped it, seeing that she was dying. She spent a total of 29 days in the mental hospital, and it almost killed her.

Not wanting her to die in their custody, the labor camp authorities extorted tens of thousands of yuan from her family before releasing her on medical parole in 2002.

Ms. Jiang was arrested again on April 2, 2004, and sentenced to an eight-year prison term.

She was force-fed concentrated salt water for five months in a detention center before being moved to Liaoning Women’s Prison in September 2004. The guards beat her, stomped on her chest, and injured her lungs.

Ms. Jiang was locked up in a small confinement chamber for half a year. Cold and hunger caused her to vomit daily, and she eventually developed stomach cancer.

Emaciated with Severe Edema and Strangely Rushed to Mental Hospital

Ms. Jiang filed the criminal complaint in June 2015 against Jiang Zemin, former Chinese leader who launched the persecution of Falun Gong, and was subsequently arrested in November of that year.

Ms. Jiang said in the complaint, “Because of the persecution, I lost my freedom and my family. I wasn’t allowed to be a daughter, a wife, or a mother. The bitterness and sadness of being separated from my family was overwhelming. As a practitioner of Falun Gong, I overcame much ordeal to deliver this complaint to the hands of every judge and prosecutor. I hope you use the power vested in you to bring back justice.”

Ms. Jiang was kept in a detention center after the arrest and went on a hunger strike to protest the persecution. The guards handcuffed her to a board and force-fed her four times a day.

The judge at Shuangta District Court gave her 12 years in prison on March 21, 2016. She was put in Liaoning Women’s Prison on October 23.

A guard frequently punished Ms. Jiang and forced her to stand still for prolonged periods of time. The guard many times instigated other prisoners to curse, beat, and abuse her. When she asked to speak to a superintendent, the request was denied by a section chief named Song Hongyu. Song screamed at her and asked for her to be transferred to solitary confinement because of her “bad attitude.”

Ms. Jiang was put in solitary confinement in July 2018. The space was so small that she could not stand up. She was forced to eat, sleep, and relieve herself in that place. It was hot and stuffy, and flies and insects were everywhere. She subsequently began to vomit uncontrollably and suffer generalized edema. Fifteen days later, she was rushed to a hospital.

Her two daughters visited her on July 30 and immediately burst into tears upon seeing the emaciated woman with severe edema in front of them. Ms. Jiang’s skin was covered with numerous insect bites. A guard threatened to put her in a psychiatric ward, expecting her daughters to persuade her to give up Falun Gong.

In April 2019, Ms. Jiang was transferred to an “intensive training unit” that was dedicated to torturing Falun Gong practitioners. She was often beaten and not given anything to eat.

To force her to renounce her faith, the guards allowed the prisoners to grab her by the legs, drag her down the stairs, and spray her with chili water. She was later transferred to the 12th ward, where the practitioners were not allowed to wash up, denied toilet paper, and forbidden from talking to one another. The prisoners would surround a practitioner and take turns slandering Falun Gong and its founder. The prisoners would take practitioners to a blind spot of the surveillance cameras and beat them for hours.

The guards denied Ms. Jiang’s request to make phone calls and have family visits. Two prisoners monitored her around the clock. She wasn’t allowed to go to places without permission or speak with a loud voice.

After 11 Years of Incarceration, Woman Given Another 12 Years for Suing Former Communist Party Leader