Home > News & Events > Parades & Other Community Events
Brussels, Belgium: People Call For an End to the CCP’s Organ Harvesting
Dec. 23, 2021 | By a Minghui correspondent in Brussels

(Minghui.org) Falun Gong practitioners in Belgium held activities on the busiest street in Brussels on December 10, 2021, Human Rights Day. They exposed the Chinese Communist Party’s (CCP) persecution of the practice, especially its state-sanctioned harvesting of organs from living Falun Gong practitioners. Many people took the opportunity to learn about Falun Gong and sign a petition to call for an end to the CCP’s atrocities. 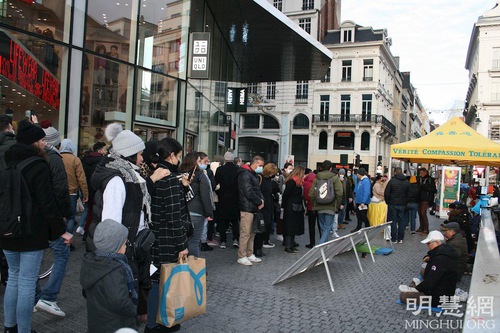 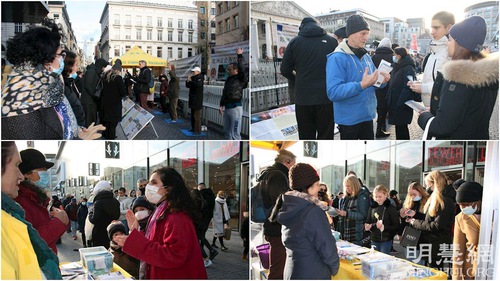 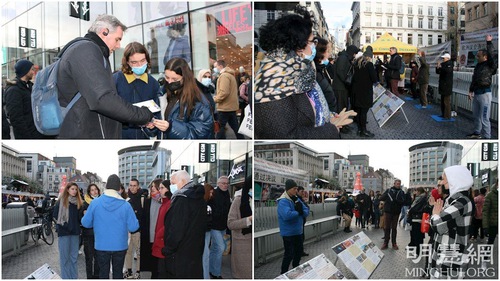 Pedestrians in the business district of Brussels learned about Falun Gong and the CCP’s persecution. 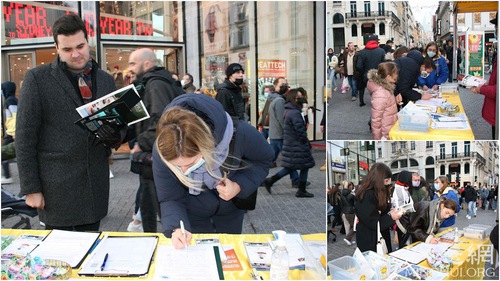 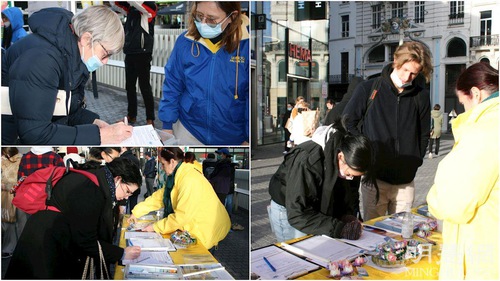 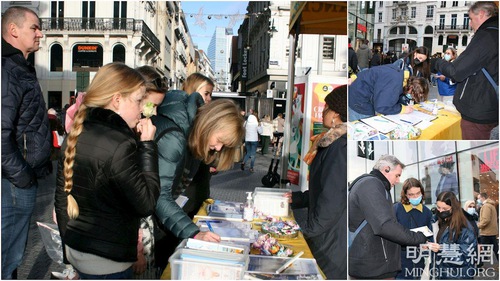 Many people signed a petition to support Falun Gong practitioners’ work to end the persecution. 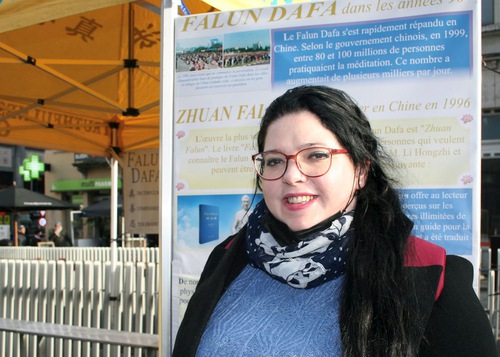 Ms. Parneet Singh, a sports club manager, exclaimed, “All countries in the world should take actions to stop the organ harvesting. Truthfulness-Compassion-Forbearance should become everyone’s basic guidelines for everyday life.” 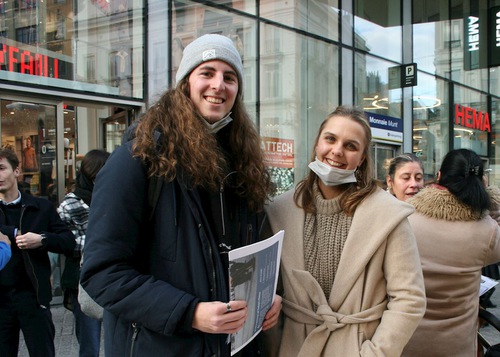 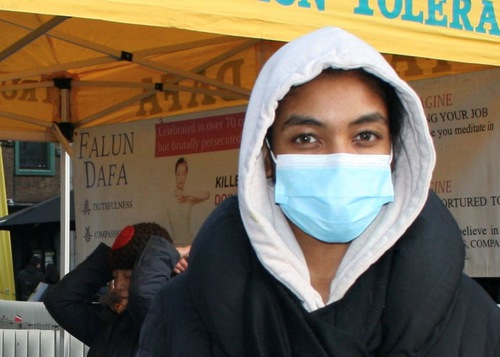 Salma Charlier said it was important to tell people what’s happening. She regarded Truthfulness-Compassion-Forbearance as priceless values for humanity. 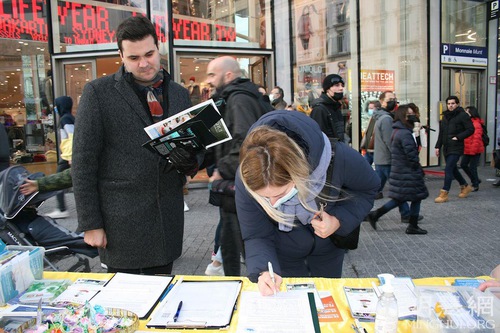 Aanastasiya Maisenia said that people in Europe should extend their support to people in China and other counties without a strong democracy. “We can’t keep silent. We are deeply concerned about the organ harvesting.” 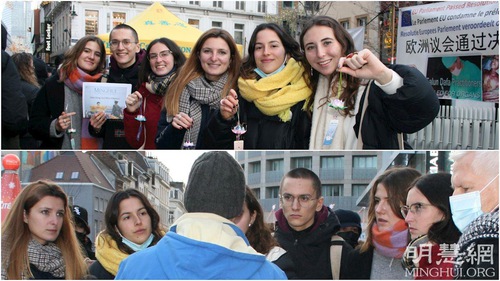 Young scholars from Spain showed their support for the practitioners’ efforts.

Helena, one of the Spanish scholars, said, “What the Chinese Communist Party has done to Falun Gong is terrible! We often hear about how it violates human rights, but this is the first time I’ve heard about the organ harvesting. It must stop!” 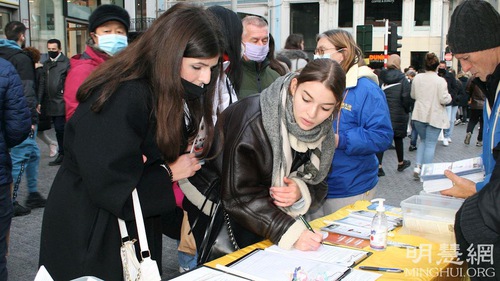 Emma and Loubea said that the media should focus on the CCP’s crimes against humanity. They wished Falun Gong practitioners success.

“Some Understandings on Master’s New Article”