(Minghui.org) Falun Dafa practitioners took part in a Christmas parade on December 11, 2021, in Ellenbrook, a city that lies to Perth’s northeast. This was the first time practitioners have collaborated with the city of Ellenbrook, and the parade turned out to be a huge success. 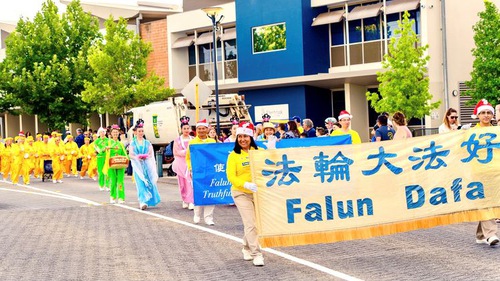 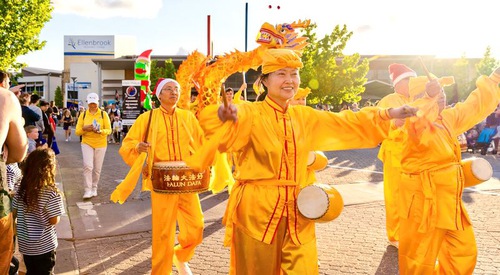 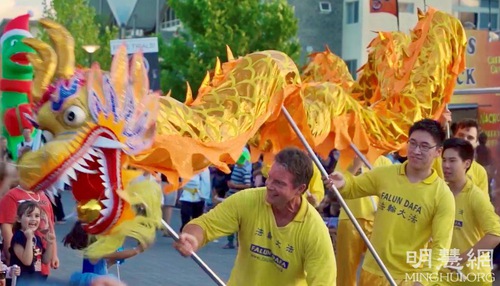 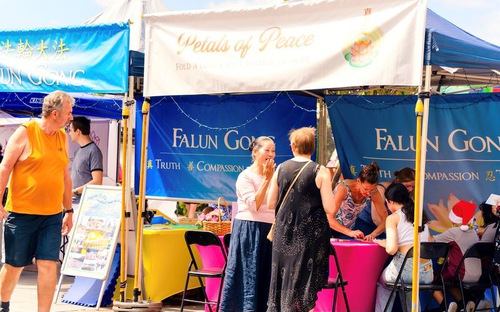 People signed the petition to help end the persecution of Falun Dafa and learned more about the practice.

Falun Dafa practitioners had two booths set up in the market area at the festival. One was an information booth that introduced Falun Dafa to the public while the other booth taught people how to make paper lotus flowers.

The parade entry by practitioners was enjoyed by the locals. Led by practitioners holding two large banners, celestial maidens in traditional Chinese costumes, waist drummers and an exciting Chinese dragon performance followed. The animated fun of the Chinese golden dragon and the dynamic drum beats brought laughter and hope to the locals. The joyful atmosphere added happiness to the Christmas festivities.

Falun Dafa practitioners had the largest procession in the parade and were well-liked by the locals. Onlookers applauded for practitioners and praised the beauty of the practice.