(Minghui.org) During the hearing of a case against a Guangzhou City, Guangdong Province woman for her faith in Falun Gong, her lawyers accused the authorities of imposing political persecution on their client while neglecting their duty of serving justice. 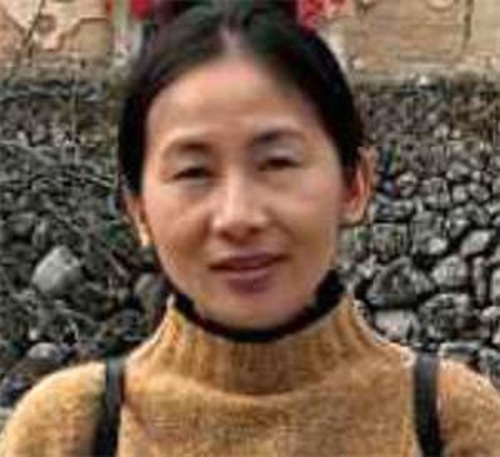 Ms. Ye Xiaobing, a 38-year-old operations management professional, was working at home on April 24, 2020 when a group of police officers ordered the local property management to open her apartment door. The police searched her rooms and arrested her with the excuse that she had Falun Gong books and materials. Her computer, printer and Falun Gong materials were confiscated.

Ms. Ye was taken to the Guangzhou City No. 2 Detention Center the next day and was quarantined for about 20 days, before being transferred to the Tianhe District Detention Center.

When Ms. Ye appeared in court on October 12, 2021 after one and a half years of detention, the prosecutor accused her of distributing informational materials about Falun Gong. She refuted that she was only hoping for the public to know the truth about Falun Gong and the pandemic, so that they could better protect themselves.

Ms. Ye’s two lawyers argued that the prosecutor failed to justify his allegations against their client – “undermining law enforcement with a cult organization,” the standard pretext used on Falun Gong practitioners. The lawyers added that no law criminalizes Falun Gong in China and that their client should never have been prosecuted for exercising her constitutional right to practice her faith to be a better person.

The lawyers also pointed out that the police arrested Ms. Ye at 10 a.m. on April 24, but it was stated in the indictment that the police received a tip at 10:33 p.m. that day about Ms. Ye’s distributing materials.

The lawyers went on to say that the police searched Ms. Ye’s home without showing their IDs or search warrant. Although the police indicated that they filled out the confiscation list and other documents right away, Ms. Ye never saw them doing so before leaving her home. As the police didn’t provide any other evidence to support their claim, the lawyers argued that it’s possible the police fabricated the documents to frame their client afterwards.

The lawyers said in their closing statement that all the cases against Falun Gong practitioners are political persecution in the name of the law. The political struggle against Falun Gong, ordered by the Chinese Communist Party and coordinated by the public security and the judiciary branch, is far beyond the scope of the law. The prosecutors and judges, who are supported by taxpayers, were turned into political weapons to persecute good people and have alienated their identities of representatives for justice. Despite the national apparatus mobilized to persecute Falun Gong, its practitioners have only become more resilient after enduring twenty-two years of suppression. Countless newcomers also joined the practice around the world.

“Goodness will surely triumph over evil and each of us is faced with a choice that will determine our own future.” said the lawyers.