(Minghui.org) The County of Fairfax, the largest county in Virginia, passed a resolution on October 5, 2021, condemning the Chinese Communist Party’s persecution of Falun Gong and its live organ harvesting of Falun Gong practitioners and other prisoners of conscience. This is the 20th local government in the state of Virginia to pass such a resolution.

The latest resolution came on the heels of the 19th resolution passed on August 19, 2021, by the Town of Port Royal Council, which strongly condemned the practice of live organ harvesting and called on the U.S. government to take concrete action against it. 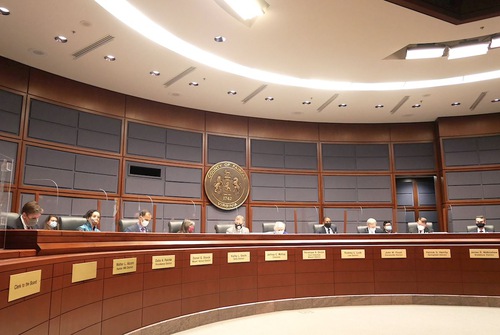 Falun Gong, a spiritual discipline also known as Falun Dafa, was introduced in 1992 in Changchun, China. It became widely popular, attracting hundreds of millions of practitioners in just seven years. After the Chinese Communist Party launched the persecution of Falun Gong in 1999, countless practitioners have been tortured to death or killed for their organs.

In China, which didn’t have an organ donation system until 2010, the volume of organ transplants has skyrocketed since 1999, with the average wait time for a liver transplant being two weeks.

According to Falun Gong practitioners’ first-hand persecution accounts submitted to Minghui.org, many of them were subjected to constant blood sample collections and thorough physical examination while in custody, which were most likely not for their health, given the brutal torture they were facing at the same time. Some practitioners who died in custody also had vital organs missing, yet the authorities couldn’t provide any explanation. 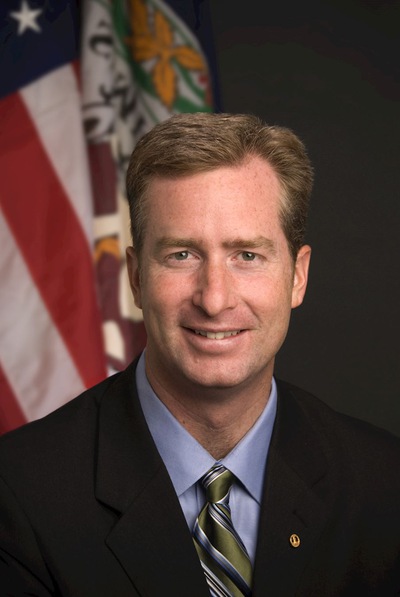 David Bulova, representing the 37th district of Virginia, said to a Minghui correspondent on October 5, 2021 that he was delighted to see the advancement of the resolutions in his home state. He said forced organ harvesting is a “terrible tragedy” and something “gets to the core of humanity.”

In July 2020, Rep. Bulova initiated a letter, which was co-signed by 48 of his colleagues, calling on the U.S. government to take action to stop the atrocity in China.

The representatives urged the Department of State to help educate Americans about the existence of forced organ harvesting in China. Their letter also noted that in China, exposing such atrocities could meet with drastic retaliation. “We are writing in solidarity with survivors and those who can no longer speak for themselves. We ask for your leadership, and the considerable leverage of the United States, to ensure that next year we are not observing 22 years of persecution.”

He added that forced organ harvesting is “certainly a kind of genocide.” He said there are two ways for the current administration to effectively stop the crime, including calling out the Chinese Communist Party for the crime, and also using economic leverage to sanction it.

Fairfax County Board Member: It Should Stop 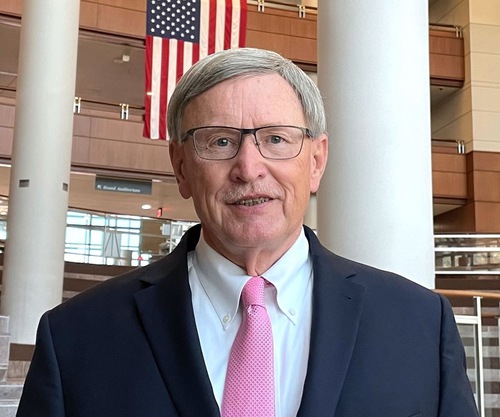 The resolution passed in Fairfax County was introduced by board member John W. Foust. He said to a Minghui correspondent that “Anyone doing that (forced organ harvesting) it is just inhuman, and it is wrong.”

He hopes that the resolution will serve as a reminder for local residents to exercise their own due diligence to find out the source of the organ before traveling to China for transplants. He also urged the Chinese Communist Party to allow international access to conduct an independent investigation.

“If it is happening, it is horrible, it should stop.” he said.

Below is the text of the resolution passed by the Fairfax County.

TO RAISE AWARENESS REGARDING CONCERNS ABOUT TRAVELING TO CHINA FOR ORGAN TRANSPLANTS.

WHEREAS, the practice of Falun Gong became immensely popular in China in the late 1990s, with multiple estimates placing the number of practitioners at upwards of seventy million (70,000,000); and

WHEREAS, Falun Dafa was introduced in Fairfax County in 1996, with many volunteer-run practice sites both in the County and across the Commonwealth, teaching Virginians easy-to-learn, enjoyable exercises free of charge; and

WHEREAS, there has been little media coverage of these issues; and

WHEREAS, Fairfax County residents should be fully informed of the possible source of an organ before they make the decision to engage in organ transplant tourism in China, and the Fairfax County Board of Supervisors desires to assist in raising that awareness.

BE IT FURTHER RESOLVED that County staff is directed to make efforts to inform the residents and medical community servicing Fairfax County about the risks of traveling to China for organ transplants to help prevent local citizens from becoming unwitting accomplices in state-sponsored forced organ harvesting from prisoners of conscience; and

BE IT FURTHER RESOLVED that a copy of this resolution be provided to the Governor of Virginia, Virginia’s General Assembly, members of Virginia’s congressional delegation and two US Senators, and the Virginia Department of Health.

Below is the text of the resolution passed by the Town of Port Royal.

WHEREAS, extensive and credible reports have revealed mass killing of prisoners of conscience in the People’s Republic of China, primarily practitioners of the Chinese spiritual practice of Falun Gong, but also other religions and ethnic minority groups, in order to obtain organs for transplants; and

WHEREAS, the China Tribunal, an independent tribunal sitting in London chaired by Sir Geoffrey Nice, who was a prosecutor at the international criminal tribunal for the former Yugoslavia, concluded on June 18, 2019 in a unanimous determination at the end of its year-long hearing that the killing of detainees in China for organ transplants is continuing and victims include imprisoned followers of the Falun Gong movement; and

WHEREAS, the 2017 Freedom House report “The Battle for China’s Spirit” states that “available evidence suggests that forced extraction of organs from Falun Gong detainees for sale in transplant operations has occurred on a large scale and may be continuing”; and

WHEREAS, an investigative report published in June 2016 by human rights attorney David Matas, former Canadian Secretary of State for Asia-Pacific David Kilgour and journalist Ethan Gutmann estimated that China is performing transplants at a rate amounting to “an industrial-scale, state-directed organ transplantation system controlled through national policies and funding and implicating both the military and civilian healthcare system”; and

WHEREAS, Falun Gong, a spiritual practice involving meditative “qigong” exercises and centered on the values of truthfulness, compassion, forbearance, became increasingly popular in China in the late 1990’s with multiple estimates placing the number of practitioners at upwards of seventy million (70,000,000); and

WHEREAS, in July 1999, the Chinese Communist Party launched an intensive, nationwide persecution designed to eradicate the spiritual practice of Falun Gong. Hundreds of thousands of Falun Gong practitioners have been detained extra-legally in Chinese reeducation-through-labor camps, detention centers and prisons where physical and mental torture is common; and

WHEREAS, in June 2016, the United States House of Representatives unanimously passed House Resolution 343 condemning the systemic, state-sanctioned organ harvesting from practitioners of Falun Gong and other prisoners of conscience; and

WHEREAS, Town of Port Royal residents should be fully informed of the organ source in China before they make the decision to engage in organ transplant tourism in China and the Town Council should assist in raising awareness in this regard.

NOW, THEREFORE, BE IT RESOLVED that the Town of Port Royal Council condemns in the strongest possible terms the persecution of Falun Gong and the state-sponsored organ harvesting of all prisoners of conscience currently being carried out by the Chinese Communist regime; and

BE IT FURTHER RESOLVED that we urge the United States government to thoroughly investigate organ transplant practices in China and take all reasonable steps to end the practice of nonconsensual organ harvesting from Falun Gong practitioners; and

BE IT FURTHER RESOLVED that the residents and the medical community servicing the Town of Port Royal and the immediate region be informed about the risks of travel to China for organ transplants to help prevent local citizens from becoming accomplices in state-sponsored forced organ harvesting from prisoners of conscience; and

BE IT FURTHER RESOLVED that copies of this resolution be provided to the Governor of Virginia, Virginia's General Assembly, Virginia’s Congressional delegation and two U.S. Senators and the Virginia Department of Health.

“Ozone Hole over Antarctica Now Larger Than the Continent”