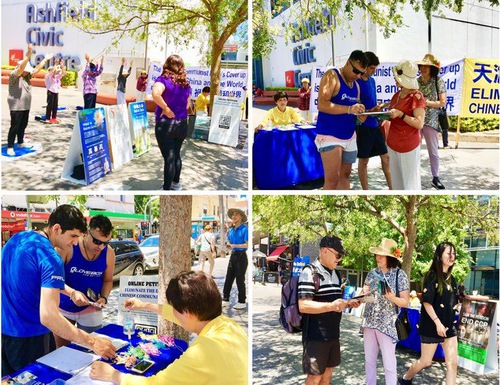 Activities in front of Ashfield City Hall on November 15 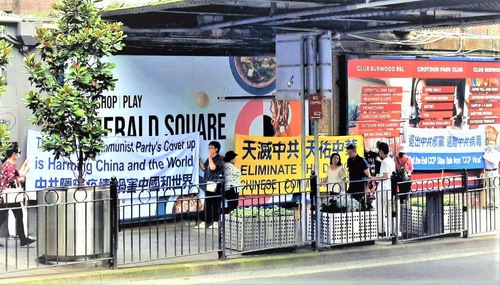 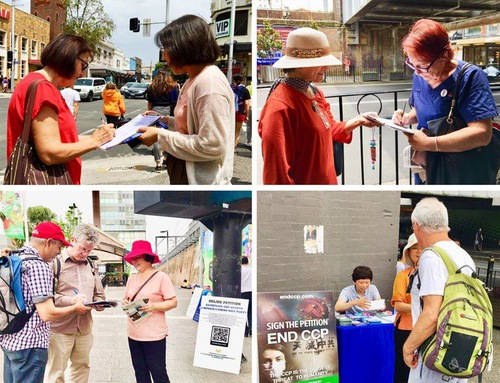 Activities in Burwood on November 22 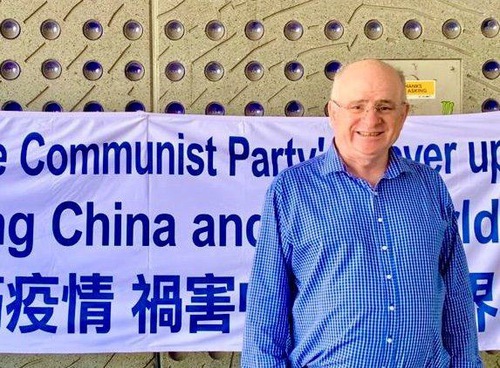 City Council Member Andrew Wilson of Parramatta said he learned about Falun Gong over 10 years ago and had supported practitioners since then. He said he did not support any regime using violence, including the CCP. He condemned the CCP’s torture and violence against Falun Gong practitioners, especially the live organ harvesting.

History will repeat itself. He said he wished that China could move toward freedom while still remaining affluent. He wished Falun Gong practitioners could gain freedom of belief in a free China. 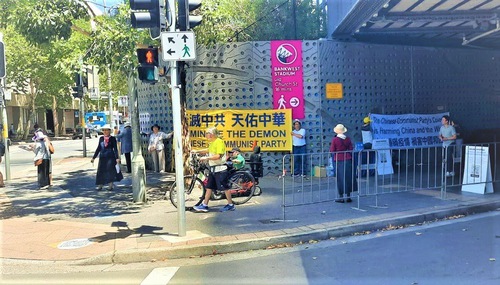 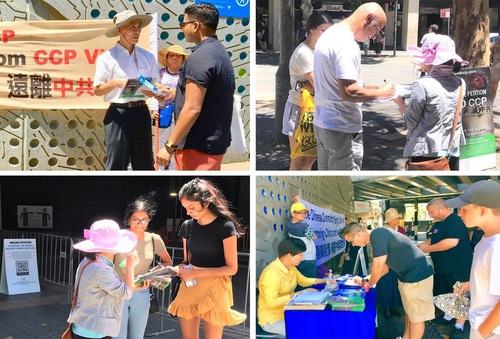 Activities in Parramatta on December 6, 2020 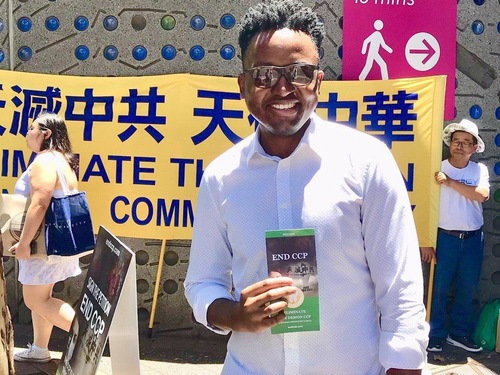 Student Macnos Mutano said that Truthfulness-Compassion-Forbearance are universal values for humankind. He said Falun Gong is righteous and the CCP is evil. He said the CCP’s lies and delay caused the coronavirus pandemic.

Mutano said America banning entry of CCP members was a wise choice, because many CCP members engage in spying and espionage and steal intellectual property as scholars. Along with the CCP’s expansion internationally, the regime often intimidates or applies economic sanctions against countries that uphold justice.

Mutano said the CCP’s acts must be exposed. The more people know, the more they will recognize the CCP’s nature. He thought practitioners did a good job of exposing the CCP’s crimes.

Lucky Pewa said he supports Falun Gong practitioners’ events that expose and condemn the CCP’s crimes without reservation. “This is the best way to let people know the truth. I think Falun Gong awakens us,” he said. 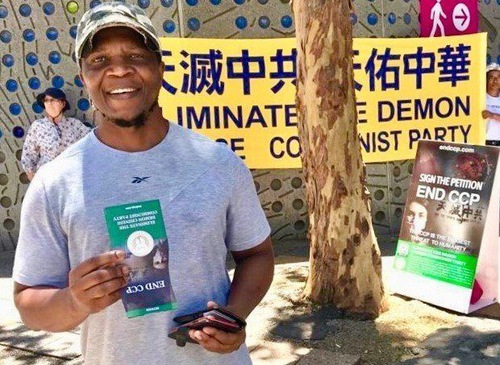 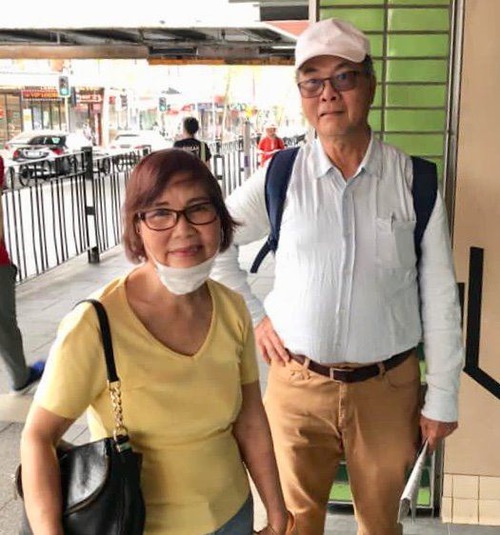 Al Hoang and his wife

Anna Powel said the CCP spread the coronavirus to the world. She said Falun Gong practitioners' events help people learn about what is happening in China. “I completely object to the CCP’s live organ harvesting. It would be great if everyone follows Truthfulness-Compassion-Forbearance and treats others sincerely,” she said.

Steve Bulbioski said the CCP’s behavior around the world is disgusting. “Truthfulness-Compassion-Forbearance is very good. Everyone supports Falun Gong. Please keep up your efforts,” he said. 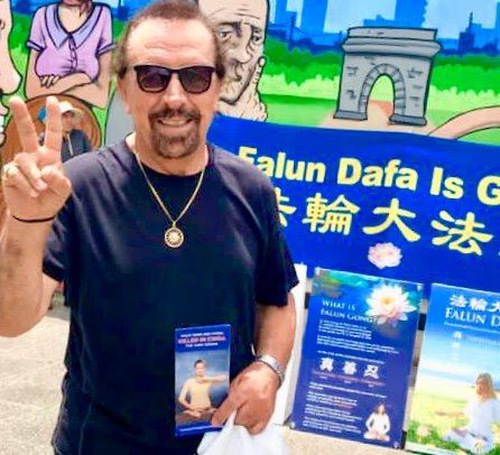 Australian People Do Not Believe the CCP's Lies

Kim Le said Falun Gong’s signature collection was good. He knew about the violence of the CCP regime and does not believe any of the CCP's claims.

“Currently, the CCP has infiltrated Australia a lot,” Le said, “If we let it expand in Australia, we will face dire consequences. Communism is too evil and can ruin any normal society. My experience in Vietnam is the best proof.”

“Australia should take action like the United States to ban entry to CCP members. Australia should implement the Magnitsky Act as soon as possible to freeze the property of human rights violators and punish them,” he said. 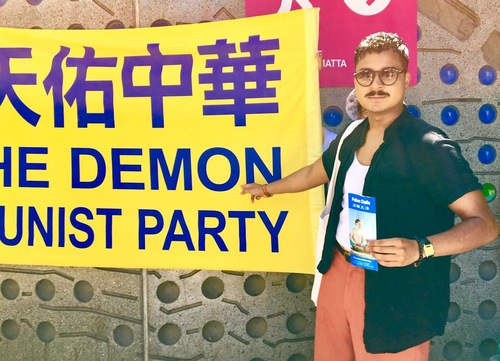 He said a signature collection to end the CCP is not political, because practitioners are exposing the CCP’s crimes. “All are facts. The CCP is a Nazi-like organization and must collapse,” he said.

Leone said he has read many articles exposing the CCP’s crimes and nature. He condemned the CCP’s brutal persecution of Falun Gong, Tibet, and Hong Kong. He said the CCP damaged traditional Chinese culture and promoted its ideology of lies and violence. The Party crushes dissidents brutally. Everyone should pay attention to the topic and resist the CCP. Otherwise, everyone could face persecution. 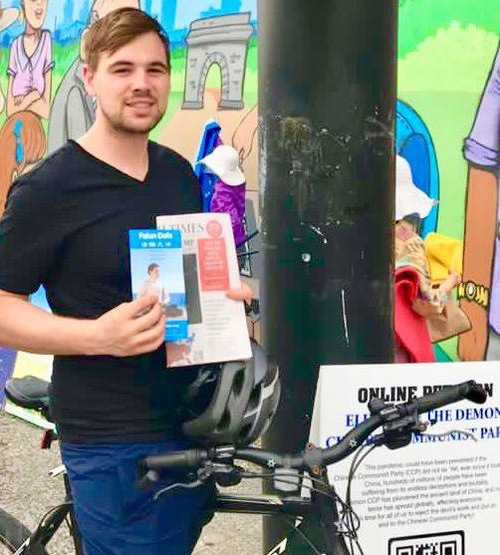 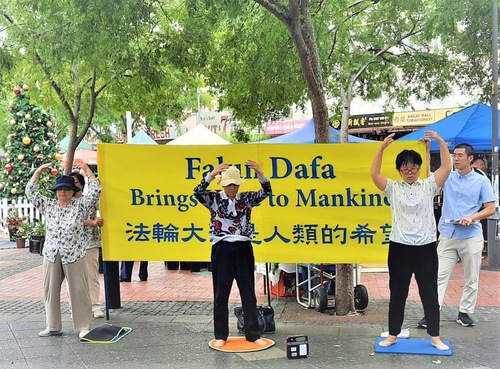 Chinese People Must Stand up to Overthrow the CCP Regime

Eddie Salita said Falun Dafa's principles of Truthfulness-Compassion-Forbearance are beneficial to people. He also said Falun Gong activities are good and can help more people learn about the situation in China and help the Australian government remain vigilant.

“Local members of Parliament should help you deliver the message to the Australian Parliament. The CCP spread the coronavirus to the world. We must help Chinese people awaken and change from within. Socialism and communism will fail because they do not offer freedom to people,” he said.

Claudio Ven said Truthfulness-Compassion-Forbearance are great universal values. He said it was important that people distinguish between the CCP and the Chinese people. “I wish the whole world can courageously stay away from the CCP,” he said. 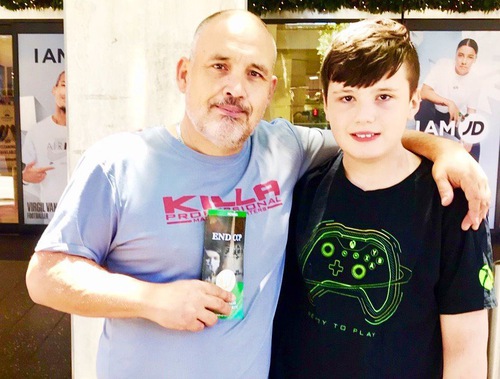 Sue Samantha said the signature collection was good and should continue. The world will change as people learn about what has been happening. She said we must condemn and stop the CCP’s violence. The CCP conducts brainwashing. Chinese people must think independently, hold fast to their beliefs and resist the CCP’s violence.

John Stevens, who grew up in Australia, said, “The world needs Truthfulness-Compassion-Forbearance. The whole world should work together to eliminate communism. Especially Chinese people should stand up to overthrow the evil CCP regime and resist the CCP’s human rights atrocities.” 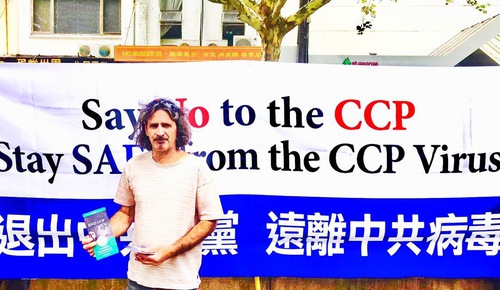 Lloyd said Chinese people need to stay away from the CCP’s brainwashing propaganda. The signature collection event was meaningful. Everyone should voice support for human rights and stop violent regimes. 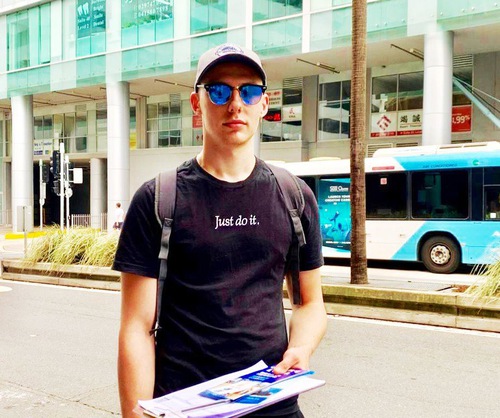 Mandip Shrestha said Falun Gong practitioners have done well and are very effective at helping people learn about the persecution in China. “I wish all Chinese people will be strong. This is a very difficult moment. But you will see brightness at the end. China will emerge again [after the CCP’s collapse]. I firmly believe in this point,” he said. 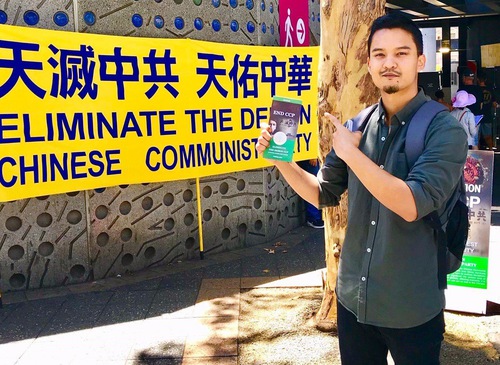 “A Practitioner from Bavaria, Germany, Thanks Master Li: “Dafa Gave Me Hope!””