In Memory of Our Great Teacher, Dr. Zou Xiangyang

(Minghui.org) Dr. Zou Xiangyang, who was a teacher at Changchun Institute of Technology in Jilin Province, died on November 29, 2018 after nearly two decades of being persecuted for his faith in Falun Gong had taken its toll on his health.

We share this account in memory of our beloved teacher. Dr. Zou had a noble character. He was open-minded, smart, studious, and kind. He loved his students like his own children. 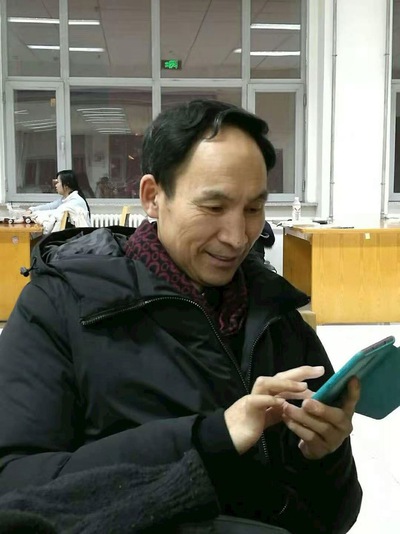 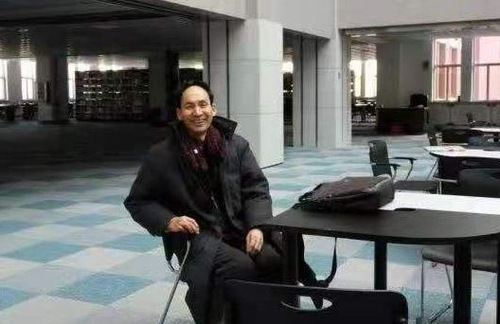 A Turning Point in His Life

Dr. Zou was the eighth child in his family. When he was born, food was very scarce, and due to a lack of nutrition, he was a weak and unhealthy child. His family also had a history of heart disease. He was only three when his father died at the age of 42. His second older brother died at 49. Seeing his family members pass away at young ages had him worried about his own health.

After graduating with a master's degree from Jilin Industry College in 1992, Dr. Zou took a position at Changchun College of Architecture, instead of continuing onto his doctorate degree. Because of work-related stress and his own physical weakness, he began to have heart problems—at times, his heart rate was only 50 beats per minute. His heartbeat was so slow that he often lay in bed for fear of a cardiac arrest. At the same time, he had serious neurasthenia and had to take sleeping pills. He had tried all sorts of exercises and medical treatments to no avail. His life was really miserable.

He started to practice Falun Gong in 1995. In less than a month, his ailments disappeared completely. He became so healthy and energetic that he threw himself into his work and scientific research. He prepared his materials for every class with great attention to detail. The class he led had the highest average score on the final exams in 1995.

Dr. Zou was the first teacher from Changchun College of Architecture to pursue a doctorate degree. He graduated from Harbin Institute of Technology with a PhD in July 2000. With this degree, he could have taken a better job somewhere else after his graduation. But he decided to stay at the same position for the benefit of the school.

Sad Reunion—What Happened to Our Teacher?

We returned to our alma mater twenty years after we graduated, eager to see our old teacher. But we found our beloved teacher in a sorry state. Dr. Zou was disabled and limped as he walked. He lost mobility in his fingers and could not even hold chopsticks. It seemed to us that every cell in his body had suffered greatly.

He used to be healthy, happy, and affable. What happened to him?

We learned that Dr. Zou had been persecuted so severely that he had reached the brink of death several times. He had been arrested five times and incarcerated twice in forced labor camps. The arrests had happened at his home, on his way to work, or even from the classroom.

While he was detained, Dr. Zou had been tortured and threatened numerous times. It's a wonder to us how our teacher, who was once slender and elegant in stature, had survived such treatment. And it's almost impossible for us to fathom just how much fear and intimidation his wife and young son had endured—especially the child, who may have been scarred by the experience.

On March 4, 2002, Dr. Zou was arrested from the classroom by several officers from Changchun Police Department. He was tied to a metal chair, beaten, slapped in the face, and shocked with electric batons. The torture lasted the afternoon and continued into the evening. The next day he was taken to Tebei Detention Center for one month and then transferred to the Chaoyanggou Forced Labor Camp to serve a three-year term.

In the labor camp, Dr. Zou had undergone all kinds of insults and torture. He was forced to sit on a small chair for long hours to the point that his buttocks bled. He developed scabies, and his body was covered in blisters and pus. Yet he was still forced to do unpaid work—including growing vegetables, construction work, and manufacturing packaging materials.

The mental torture used on Dr. Zou was extremely cruel. He was often forced to watch videos that slandered Falun Gong or read defamatory materials. He was forced to write monthly “thought reports.” He was deprived of sleep and forced to sit on a cold cement floor if his thought reports did not conform to the prison's requirements.

On October 9, 2002, Dr. Zou was working in the cornfield of the camp when his wife came and told him that his mother passed away. His mother’s fear for his safety had put her under great mental stress. The labor camp told Dr. Zou that he had to renounce Falun Gong as a condition for attending his mother’s funeral. Dr. Zou refused and, after a stalemate in the cornfield for two hours, he was finally allowed to attend his mother's funeral.

In September 2003, Dr. Zou's wife and son were brought to the labor camp. To force Dr. Zou into giving up Falun Gong, the labor camp ordered his wife to threaten him with divorce. The family was traumatized by the ordeal.

On April 7, 2004, a guard encouraged criminal inmates to torture Dr. Zou. They berated him, beat him, and did not let him sleep. The torture caused Dr. Zou's vision to become blurred, with dark spots in his field of vision. This condition persisted even until his death. The inmates also isolated him from other practitioners, threatened him and forced him to sit on the cement floor. They also forced him to watch videos that slandered Falun Gong.

As a result of the persecution, Dr. Zou got thinner and thinner. His weight dropped almost 40 pounds in a short period of time. He also suffered from tuberculosis and pleural effusions. He was so weak that he had tremendous difficulty walking. On May 25, 2004, he was finally released on medical parole.

Dr. Zou had been harassed nonstop since the Chinese Communist Party (CCP) launched the persecution against Falun Gong in 1999. The harassment continued even after his release and intensified even more during the CCP’s political events, major conferences, or other “sensitive dates.”

Even though he had worked so hard at his job, the Changchun Institute of Technology also took part in persecuting Dr. Zou. In October 2000, Dr. Zou should have been up for promotion to associate professor. Because he did not give up his faith, he was stripped of his promotion. In 2005, he was demoted from an instructor to a laboratory technician, and deprived of his right to teach.

Dr. Zou was still optimistic despite living in such a harsh and difficult environment. He loved and cared about his students. He bought books for his students with his own money. He wanted his students not only to have good grades but also be kind and considerate.

He was not allowed to teach students in the classroom after 2005 because of his persistence in his faith. But he still voluntarily tutored hundreds of students for their graduate entrance exams, make-up exams, and class retakes. He answered questions for students regardless of what time of day it was. He also helped many students score well in the national college student structural design competition and the national college student mechanics competition.

Dr. Zou never considered his own personal gains. He always followed the principles of Truthfulness-Compassion-Forbearance to discipline himself and help others. He was selfless in how he helped other teachers and their students in their research, their teaching, their papers, and various competitions. He won the respect, love, and praise of many students.

One evening in the winter of 1996, Dr. Zou's six-year-old son picked up 400 yuan when playing outside. He told his son to put the money back where he found it so that the owner could find it.

While he lived frugally, Dr. Zou spent money on high quality suits to wear while teaching. He believed that dressing well would portray a better image for his students and set a good example for them.

In order for students to be able to ask him questions, Dr. Zou always gave students his phone number before they graduated. He also kept the students' phone numbers.

Justice in the Hearts of the People

The Changchun Institute of Technology remained indifferent toward the death of Dr. Zou. However, more than one hundred students came from far and wide to attend his memorial service. On his final journey, Dr. Zou was not alone, but very wealthy with the adoration of all those who will remember him.

Dr. Zou could have made a fortune by tutoring his students. But he refused to accept a penny. Money was insignificant to him his whole life. One student who had graduated years ago learned of his financial hardship and sent him 1,000 yuan. He reluctantly accepted the offer only after the student insisted. This was the only time in his entire life that he accepted a gift from his students.

After Dr. Zou passed away, one of the classes he had taught donated more than 80,000 yuan to his surviving family.

Dr. Zou was truly a great teacher. Through his altruistic contributions and conviction, he inspired his students to strive to be better people, benefiting many generations to come.

“CCTV Reporters Must Have Known about the Staged Self-Immolation Beforehand”