CCTV Reporters Must Have Known about the Staged Self-Immolation Beforehand

(Minghui.org) A fire broke out on the night of July 18, 64 AD and burnt through Rome for over six days. Known as the Great Fire of Rome, it marked the beginning of nearly three centuries' persecution of Christians.

Similar to Nero's framing Christians with the Great Fire of Rome, the CCP has also fabricated numerous lies to attack Falun Gong practitioners. One of the worst lies was the self-immolation incident, which would later become known as the “false fire.”

Below is an analysis initially published on January 23, 2019 to debunk the CCP's self-immolation lie.

According to Focus, its reporters filmed close-up footage of the incident. A postscript at the end of the Focus program about the alleged self-immolation states, “After the self-immolation, Focus reporters went to the site and collected first-hand information.”

Postscript on the Focus program about the alleged self-immolation.

The entire incident lasted only seven minutes. Focus reporters were on the scene several minutes before ambulances arrived. In the Focus footage, in addition to the eye-level close-up and the bird's-eye close-up, some images were taken from a far distance.

The images taken from far away should be from the surveillance videos on Tiananmen Square. The words “Camera 71, January 23, 2001” and the time in minutes and seconds are shown in the lower right corner of the images. This provides a clue to determine whether the CCTV reporters were informed beforehand.

Did CCTV Reporters Have Time to Arrive at the Scene?

At 2:41 p.m., Wang Jindong ignited, and the fire was extinguished in less than a minute. He was carried to a police car and taken to an emergency center. After Wang Jindong was done, the other four people ignited at 2:47 p.m. At 2:48, three ambulances arrived.

Let's take a look at the handling of Wang Jindong, which lasted six minutes in total. During the first minute, the fire was ignited and extinguished. By the sixth minute, he was taken to a police vehicle. There were no ambulances there yet, but CCTV reporters and photographers rushed to the site. The CCTV reporters took four minutes to get to the scene.

When did the police contact CCTV reporters? It was impossible to do this during the first minutes since everyone was busy extinguishing the fire. Even if they were informed immediately, it would not have been possible for the reporting team to arrive in time because they would have to pass through the Tiananmen Square checkpoint, which was under tight security on New Year's Eve, while carrying cameras and equipment.

The images that were taken by the surveillance camera show only two police vehicles near the scene. The reporting team must have left their vehicle outside Tiananmen Square and ran at least 50 meters (55 yards) to the scene. Once they arrived, they needed to figure out what happened, who to interview, and get the camera out and ready to take video footage. It would not have been possible for them to do all this within four minutes.

In China, it's hard to take photos at “sensitive” sites or events without permission. Close-up images are impossible to get without being approved in advance.

If the video footage was recorded first-hand by the reporting team, the only explanation is that the team was already waiting near the self-immolation location. In other words, the reporters knew about the incident beforehand and coordinated with the police to cover it.

Li Yuqiang was a lead CCTV reporter. A report entitled “CCTV's Li Yuqiang Acknowledges That Part of the "Self-Immolation" Scene Was Staged” was posted on Minghui.org, on May 14, 2003. “In early 2002, Li Yuqiang was at a brainwashing center, the so-called 'Law Education and Training Center for the Capital of Hebei Province' to interview Wang Bo. During her visit, she held a 'discussion' with Falun Gong practitioners who were illegally detained there.

“Practitioners questioned her about the suspicious nature of the CCTV program containing the 'self-immolation' scene. They mentioned evidence such as the example of Wang Jindong, who had been severely burned, yet a Sprite bottle full of gasoline remained fully intact between his legs.

“Confronted with evidence and analysis Li Yuqiang had no choice but to acknowledge that they had placed the Sprite bottle between Wang Jindong's legs after he had been burned, and that the scene was staged. She tried to argue that the scene was arranged in an attempt to prove to the audience that Falun Gong practitioners conducted the 'self-immolation.' She even admitted that had they known that someone would doubt its authenticity they would not have shot it.” 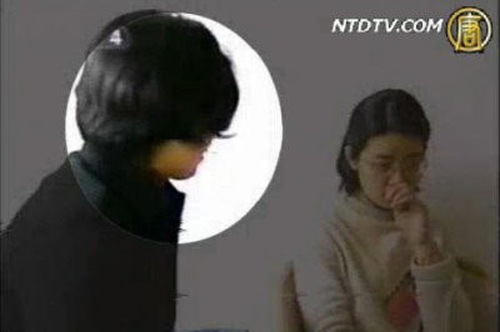 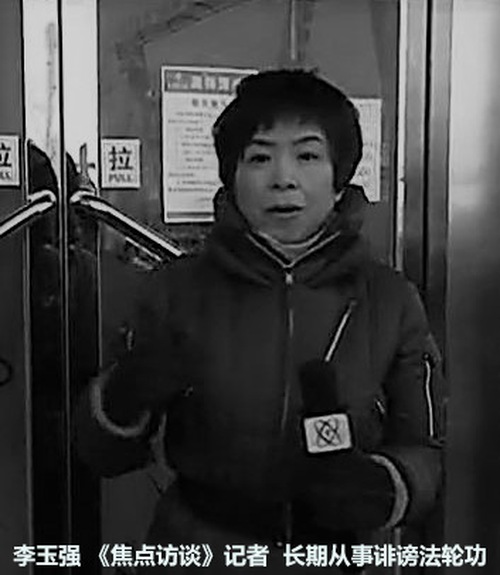 After the Focus program was broadcast and its close-up images were deemed suspicious, CCTV and Xinhua News did not offer any clarification. Yangcheng Evening News reported that the close-up videos were filmed by CNN reporters on Tiananmen Square. But CNN's news director Eason Jordan denied this and said that the CNN photographer was arrested almost immediately after the incident.

On February 9, 2001 Washington Post reported that CNN denied the close-up images broadcast on Focus were provided them.

The interactions with the police during the close-up shots of the self-immolation in the Focus program indicates that this was not recorded by a foreign journalist. While taking photos of Wang, the police slowly moved the fire blanket back and forth behind him. Because Wang was seated on the ground, the photographer had to bend over to take these close-up images.

Liu Siying was lying on the ground and calling for her mom. Since the close-up footage was taken from an overhead angle, the medical staff had to step away. After the video was filmed, several people put Siying on a stretcher. The entire sequence happened within a few minutes. It's obvious that the police and medical staff were cooperating with the photographers and these close-ups were not filmed by foreign reporters. 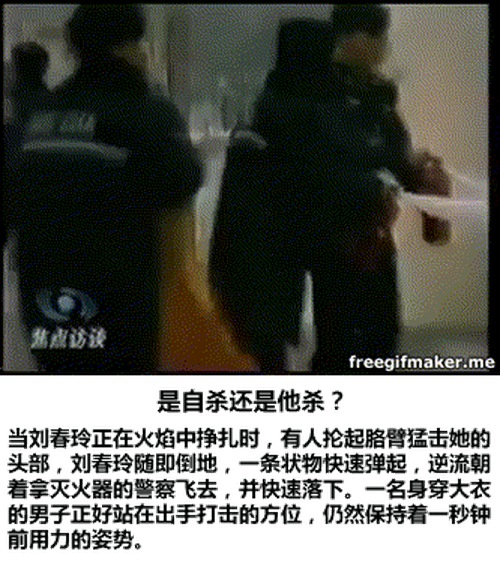 Video from Focus of Liu Chunling being struck down with an object thrown by a man suspected to be a plainclothes officer. 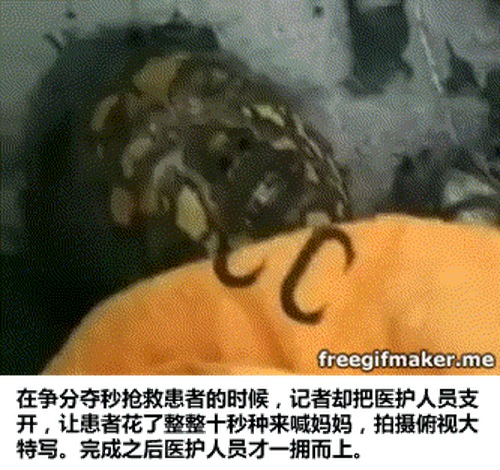 Video from Focus of Liu Siying calling for her mom.

Was the Focus Team Informed Beforehand?

It's obvious that the Focus team was informed in advance, and the police cooperated. At the scene, Ms. Liu Chunling was reported to have died from the flames, which was a calculated effort to incite public outrage and hatred toward Falun Gong. However, careful examination of the video footage shows she was struck in the head by an object thrown by a man suspected to be a plainclothes officer. The entire incident was staged in China's most sensitive location, Tiananmen Square. All of this indicates that it was a conspiracy planned at the highest level.

At that time the Party's highest leader was Jiang Zemin, the then head of the CCP who launched the persecution of Falun Gong on July 20, 1999. He planned to eradicate Falun Gong within three months.

Who were the behind-the-scenes directors of the staged self-immolation incident? The key players were Jiang, Luo Gan, (then secretary of the CCP's Political and Legal Affairs Committee), and the 610 Office (an extralegal organization responsible for persecuting Falun Gong).

After years of intensive and severe persecution, Falun Gong did not disappear. To this day, Falun Gong practitioners continue to clarify the truth, petition for justice and hold banners on Tiananmen Square. People are growing increasingly tired of the CCP's political propaganda.

“In Memory of Our Great Teacher, Dr. Zou Xiangyang”