(Minghui.org) A 69-year-old man in Xingtai City, Hebei Province, who is also the brother of a Canadian resident, was admitted to the Tangshan Prison on January 5, 2021 to serve a three-year term for practicing Falun Gong.

Mr. Chen Xingbo was the chief editor of Xingtai Radio Broadcasting Station and the deputy director of the special topics department. In May 1990, he was awarded the title of Excellent Worker for Children's Programs in Hebei Province.

More than 12 programs that he compiled and edited won first, second, and third prizes in the national competition for outstanding radio programs over the years. In 1990 and 1994, he was twice awarded a special pay raise by the Xingtai Municipal Government. In May 1997, the Xingtai Municipal Government recognized him with awards for outstanding professionalism and technical talent for his outstanding contributions. His story was featured in newspapers and radio stations.

Due to years of hard work, Mr. Chen developed severe heart disease, systemic edema and other health problems. He sought treatment in many hospitals, but nothing helped. After he started practicing Falun Gong, all his ailments disappeared and he also lives by its principles of “Truthfulness, Compassion, Forbearance.”

In 2005, he gave up the opportunity of getting a spacious apartment sponsored by his workplace, but let a colleague take it. At another time, he found a wallet on the street and he waited there for three hours until the owner came back.

At around 7 a.m. on November 24, 2019, Mr. Chen was arrested by the police waiting outside of his apartment when he went out for grocery shopping. The police ransacked his home and brought him to the Xingtai City No.1 Detention Center in the evening.

His case was submitted to the procuratorate on January 9, 2020. He was tried by the Xiangdu District Court on August 26, 2020 and sentenced to three years. His family appealed the case with the Xingtai City Intermediate Court, but was rejected.

His sister, Ms. Chen Xuemin, who lives in Toronto, is calling on the international community to pay attention to his case. 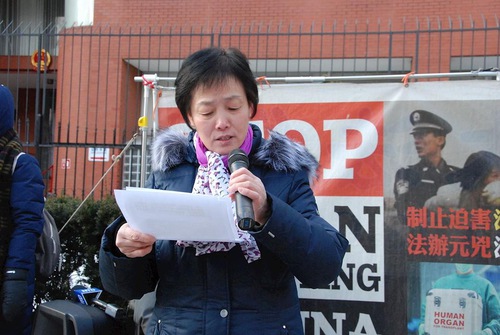