(Minghui.org) A Siping City, Jilin Province resident serving an eight-year term for his faith in Falun Gong was tortured for refusing to renounce his faith.

Mr. Chu Guiyan, who lived away from home since 2017 to hide from the police, was arrested in his rental apartment in Beijing in April 2019 and taken back to his hometown. The 50-year-old was later sentenced to eight years and taken to Gongzhuling Prison in January 2020.

His wife, Ms. Bie Lihua, was arrested in 2017 and later sentenced to five years. She is now serving time in Jilin Province Women’s Prison.

The prison authorities kept Mr. Chu in Ward No. 9, which was established specifically for the persecution of Falun Gong practitioners. More than 20 practitioners are currently held in this prison.

Because Mr. Chu refused to renounce Falun Gong, the guards immobilized him on a “death bed” for six days, between February 5 and 11, 2020. More details about the torture remain to be investigated. 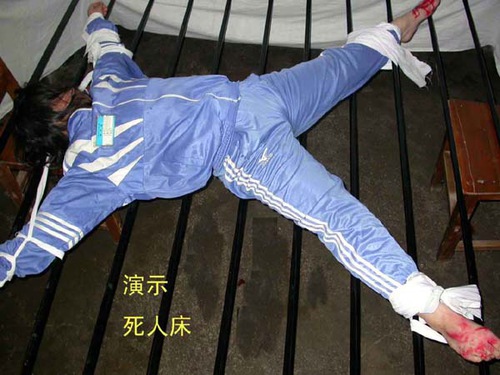 Previous Persecution for His Faith

Mr. Chu and his wife both graduated from Shenyang Electric Power School in 1996. They used to work for Shuangliao Power Plant in Siping City. Mr. Chu had been arrested and incarcerated for 11 consecutive years for his faith since the Chinese Communist Party (CCP) launched its persecution of Falun Gong in 1999. A rundown of his past arrests is briefed below.

1999 - Mr. Chu was detained in the Shuangliao Detention Center for 20 days, starting on December 29.

2000 - Mr. Chu was arrested on October 9 for speaking out for Falun Gong in Beijing. He was detained in the Shuangliao Detention Center for seven and a half months followed by one year in a forced labor camp.

2001- Mr. Chu was arrested three times. He was first detained in Siping City Labor Camp in May, then in Jiutai Yinmahe Labor Camp in August, and a third time in an unknown place. He was released on October 10.

2002 - Mr. Chu was arrested on January 1 by police from Kangping Police Station in Lishu County for telling people about Falun Gong. He was illegally given two years in Chaoyanggou Labor Camp in Changchun City. He was made to do forced labor, beaten, subjected to electric shocks, and force-fed. His term was extended for an additional 18 days before his release. 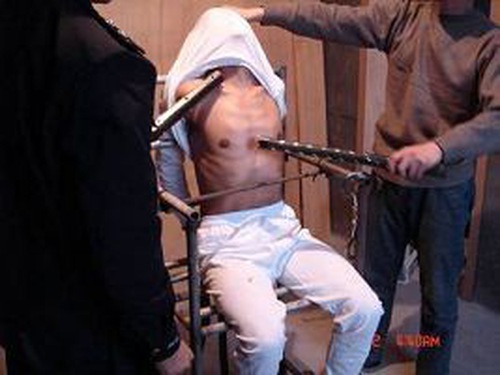 2004 - Mr. Chu was fired in March by Shuangliao Power Plant. He had been harassed frequently.

2006 – After he regained his job in March, Mr. Chu was defamed by Party Secretary Meng Lingwei, forcing him to leave his post and go to Changchun City, Jilin Province. On March 29, he was arrested by Changchun police officers and taken to Tiebei Detention Center, where he was violently force-fed. He was given one and a half years in Chaoyanggou Labor Camp.

2007 - Mr. Chu was transferred to Weizigou Labor Camp in Changchun around April. He was released in October 2007.

2009 - Mr. Chu was arrested and taken to Siping Brainwashing Center by officers from Shuangliao Public Security Bureau and Office 610 on September 16.

2010 - Mr. Chu was arrested again on May 14 and taken to Siping Brainwashing Center.

2017 - Mr. Chu’s wife, Bie Lihua, was arrested at work at Shuangliao Power Plant on October 9. She was first taken to Shuangliao Detention Center and later transferred to Siping Detention Center. The police threatened to put her husband on the online wanted list.