(Minghui.org) On August 29, 2020, Falun Dafa practitioners in Finland held an Information Day event at the Kamppi Shopping Center in Helsinki. They introduced Falun Dafa to the public and informed people about the 21-year-long persecution of their faith by the Chinese Communist Party (CCP). Many people expressed their disgust when they learned about the CCP's forced organ harvesting from living practitioners and signed a petition calling to end the atrocity. 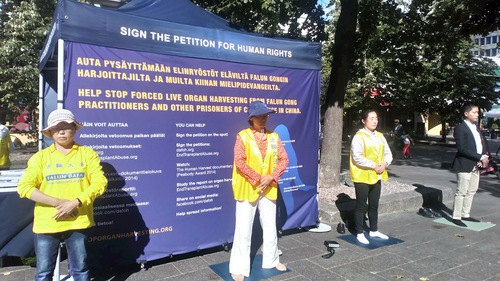 Sofia, a student from Romania, stopped to read about the CCP's forced organ harvesting and said, “I saw your activities a year ago, and I want to sign to support you.”

Petri moved to Denmark 7 years ago and recently returned to Finland for vacation. As soon as he saw the practitioners' activity, he came to the booth and said, “I've been following the news about Falun Dafa. I knew many years ago that the persecution was very severe.” When he learned practitioners were raising awarness of forced organ harvesting in China, he said, “I am thrilled.” He said the Finnish government and media need to pay attention to the persecution and do something. 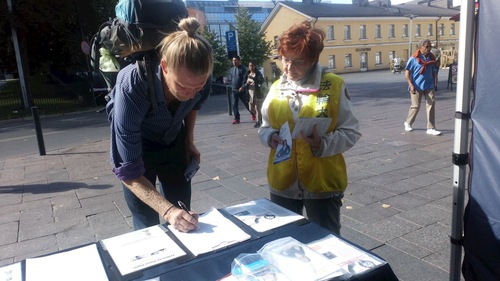 Petri told practitioners, “We should have done better.”

When Janne saw practitioners doing the Falun Dafa exercises, he began to follow along with their movements. He said, “I know about this persecution. I'm glad that you're letting people know.”

A tall gentleman walked by with his friend, and they came to sign the petition. He said, “I've heard about the persecution, and I'm happy that you are here.”

When a parade passed by the practitioners' event, a woman participating in the procession said, “I need to sign that.” After she did so, she hurried back to the parade.

As soon as Ooni saw the “Falun Dafa” sign on the tent, he came to sign the petition. He explained that he had learned about Falun Dafa from an Iranian friend living in Finland. His friend practices Falun Dafa and shares information about it on social media. Ooni said he learned a lot about the persecution from him. Jaakko, who was standing beside him, said he had never heard about the persecution, so Ooni explained. Jaakko was shocked and immediately signed the petition. 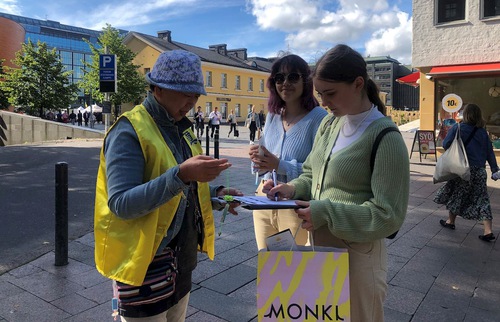 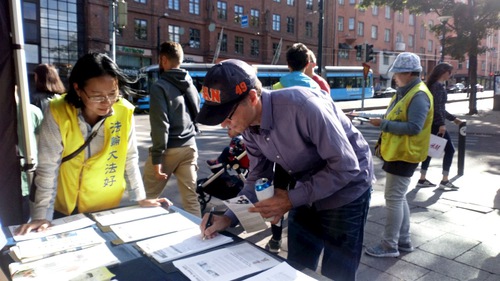 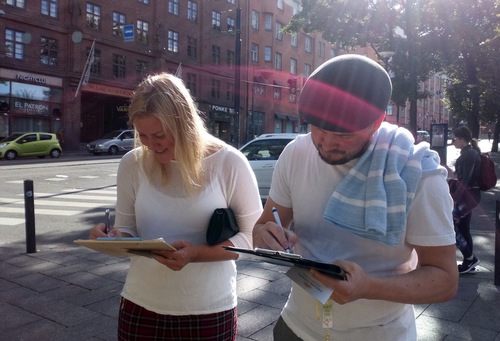 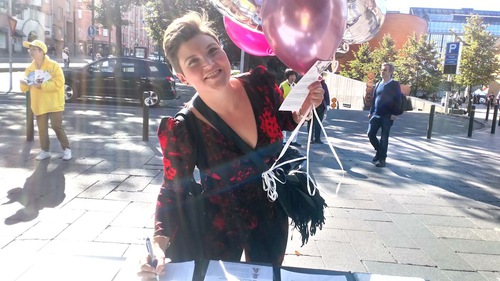 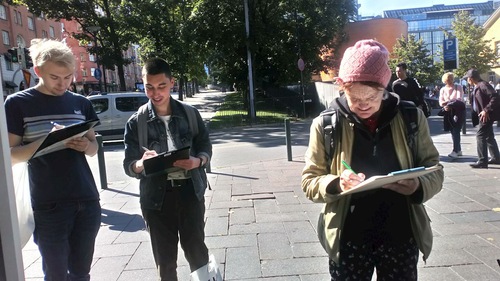 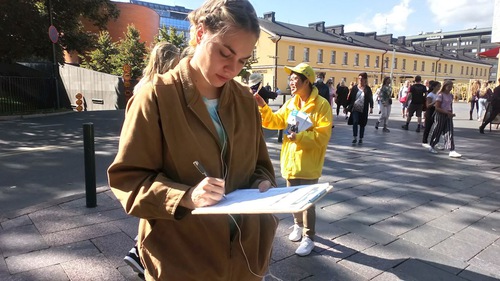 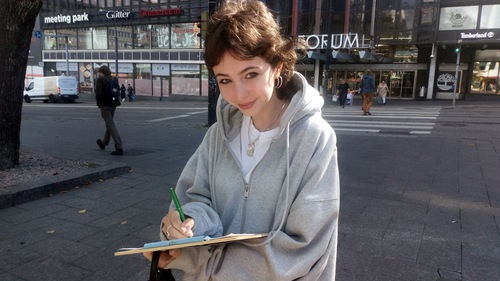 Many people signed the petition to express their support.

As soon as Martti heard about the persecution, she immediately signed the petition. Practitioners gave her a pink paper lotus flower and said, “China has an old saying: Good will be rewarded.” She said, “Finland also has that saying, and I believe good people will receive good rewards and much more.”

Tames is an engineer from Turkey, and Kari works as an interpreter. They stopped to read the information and were shocked to learn of the forced organ harvesting in China and asked several questions. “Were the organs taken from people while they were still alive? Who bought them?” Kari asked. The practitioners answered her questions, and she and Tames were both angered. Tames said, “The CCP is a savage regime.”