Finland: Introducing Falun Gong and Raising Awareness of the Persecution 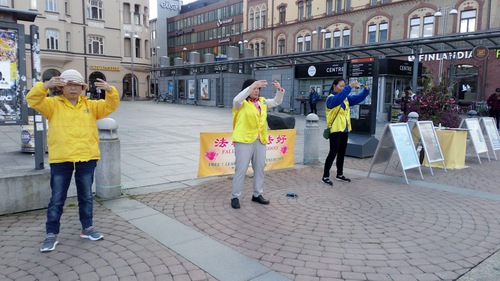 Practitioners demonstrate the Falun Gong exercises in Tampere on August 26, 2020. 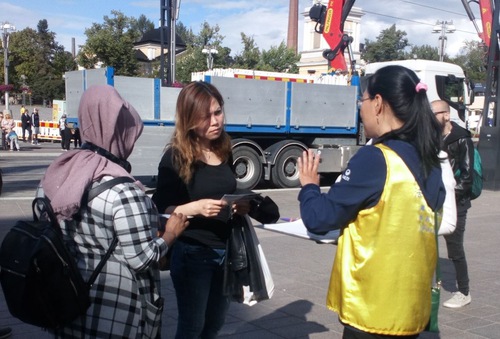 Oona, her husband, and child stopped at the practitioners' event. She said, “My brother-in-law Tony talked with you about this. He is very knowledgeable and told me a lot about the bad situation in China.” She thanked the practitioners and said she felt a strong energy field coming from them.

Alma and her family were attracted by the music and stopped to talk with practitioners. After hearing about the CCP’s persecution in China, they signed the petition condemning it. Alma said she knew about Daoism and meditating. She said she appreciated practitioners' efforts and commended them. 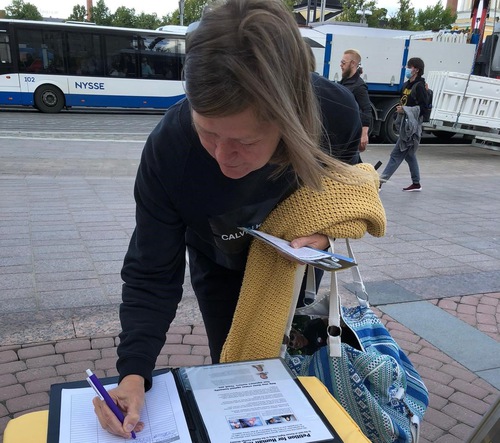 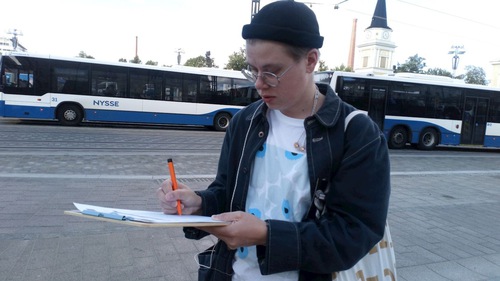 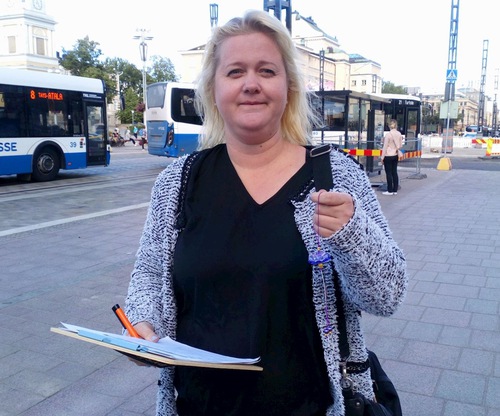 Krista, an engineer, stopped at the table to sign the petition. A practitioner asked her whether she knew what it was for.

“I don’t know about Falun Gong, but I know that the human rights situation in China is terrible,” Krista said.

Krista said that she would tell all her friends and family. She asked how Chinese people spread the information as there is internet censorship in China.

“Falun Gong practitioners inside China risk their lives to distribute fliers and other informational materials,” the practitioner explained. “Many people who know the facts about Falun Gong and the persecution also spread programs to get around the CCP’s internet censorship.”

Mia stopped to watch practitioners as they did the exercises and said she felt strong energy. She said, “This persecution is horrible. I firmly believe that the perpetrators will be brought to justice. We will see the day the persecution ends.”

Mia was interested in learning Falun Gong and asked about the local group practice location and time. She took an additional flier for her friend. 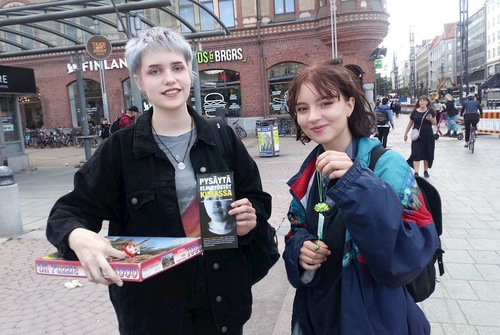 Passersby stop to talk with practitioners and happily accept a lotus flower.

Even though she'd heard of Falun Gong before Sonja asked a practitioner several questions. She said indignantly, “The media like to report irrelevant entertainment news, but not such important things as this human rights persecution. This persecution really should not happen! I will tell others.” She thanked the practitioner as she went on her way.

“People in Graz, Austria Call for Action to End Persecution of Falun Gong”