People in Graz, Austria Call for Action to End Persecution of Falun Gong

A banner exposing the CCP’s state-sanctioned organ harvesting from living Falun Gong practitioners drew the attention of many passersby who stopped to find out more and sign a petition calling for an end to the atrocities. 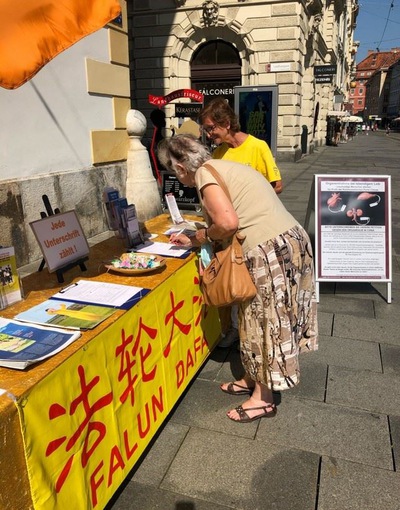 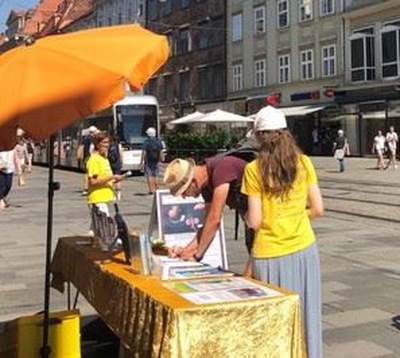 Passersby sign the petition calling for an end to the persecution.

A man from Netherlands stopped to learn more. He expressed concern about his hometown’s cooperation with China to build a 5G network. He wished the practitioners success. 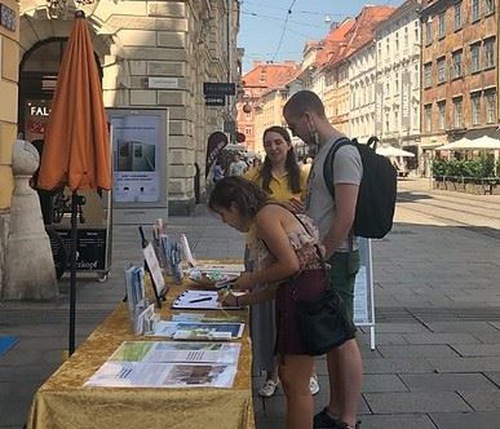 A young couple from Italy signs the petition.

A young couple from Italy signed the practitioners’ petition. They asked for some fliers in English and Italian. The young man works for a large corporation in Graz. He said that cooperation with the CCP should end as long as it commits such human rights crimes. 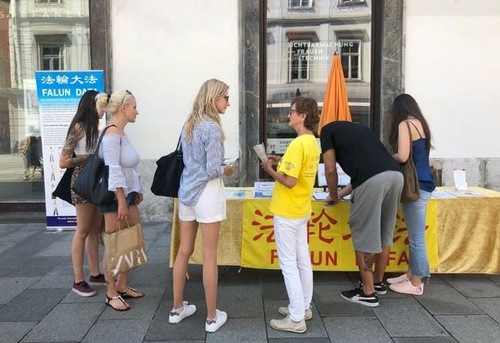 A woman inquires about Falun Gong.

“I have seen you protesting the persecution for a long time,” a woman said, “I wish to know what this is about.” She got the whole picture from listening to the practitioners and signed the petition. 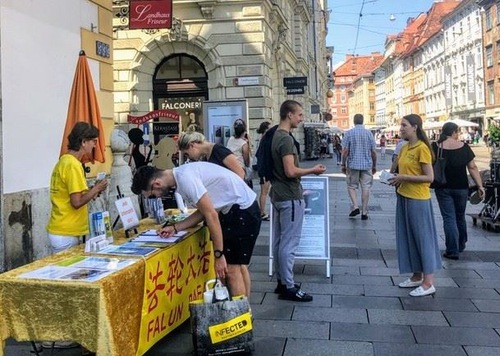 Passersby sign the petition condemning the atrocities committed by the CCP.

Falun Gong practitioners were invited to participate in the annual Mur River Cultural Festival. They set up booths at several locations along the river. Many tourists inquired about Falun Gong, and some learned the exercises.

A young education professional stopped at a Falun Gong booth and invited the practitioners to visit her organization and introduce Falun Gong.

Minghui.org has confirmed the deaths of thousands of Falun Gong practitioners in the persecution over the past 21 years; the actual number is suspected to be very high. More have been imprisoned and tortured for their faith.

“Finland: Introducing Falun Gong and Raising Awareness of the Persecution”