Canada: Car Parade in Calgary Calls for Chinese to Cast Away CCP

(Minghui.org) A rally followed by a car parade was held in Calgary, Canada, on August 22, 2020, to support more than 360 million Chinese who have quit the Chinese Communist Party (CCP) and its affiliated organizations. The activities sent a strong message: The CCP is doomed. Withdraw from the communist organizations to stay safe. 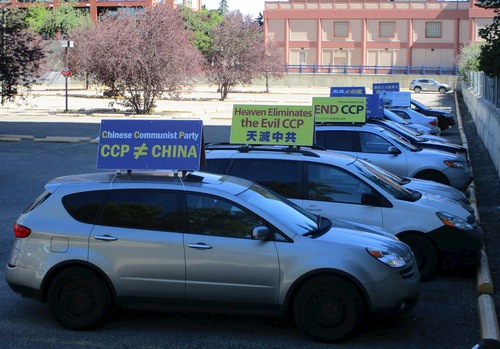 Cars in the parade carry banners calling for Chinese people to quit the CCP.

A variety of banners were displayed in the rally, reading, “The Ultimate Goal of Communism is to Destroy Mankind” “Love CCP = Betray Country, Support CCP = Anti-China, Quit CCP = Patriotism” “End the CCP,” etc. 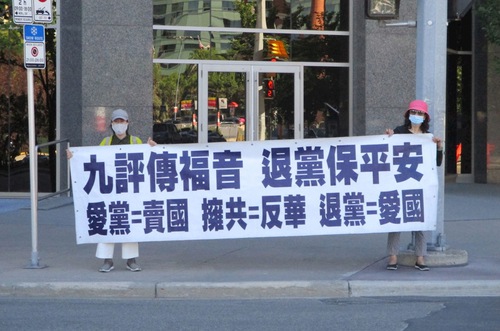 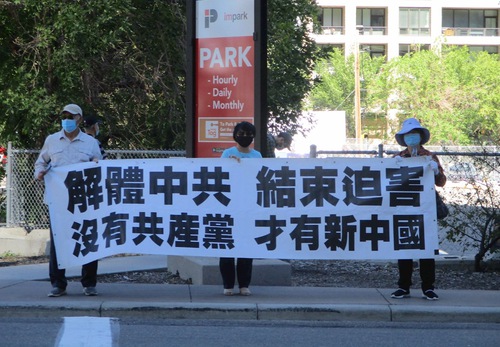 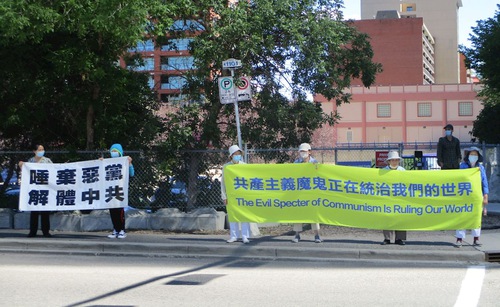 In downtown Calgary, Falun Gong practitioners' banners warn of the dangers of communism.

Jeff Yang, who represents the Global Service Center for Quitting the Chinese Communist Party, gave a speech at the rally. He said the first car parade in Calgary was held more than 10 years ago, and this second one, a decade later, comes at a time when the doom of the CCP seems imminent. He pointed out that the CCP’s cover-up of the coronavirus has awakened the world to its evilness and he hopes the day's activities encourage more Chinese to quit the CCP.

According to another service center volunteer surnamed Chen, the number of Google searches for “quitting the CCP” has drastically increased and significantly more people have quit the communist organizations ever since they heard that the U.S. government is considering banning CCP members from entering the U.S.

Ms. Ping Zhang, also a service center volunteer, said that Western countries have kept silent on the infiltration of the CCP into their societies for too long and that it’s time for all people to work together to bring an end to the CCP. “When the CCP is eliminated, we’ll have a better world!” she said. 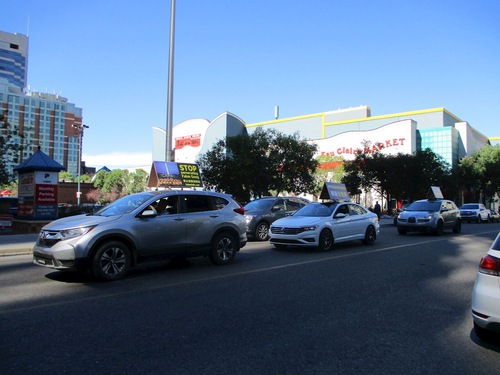 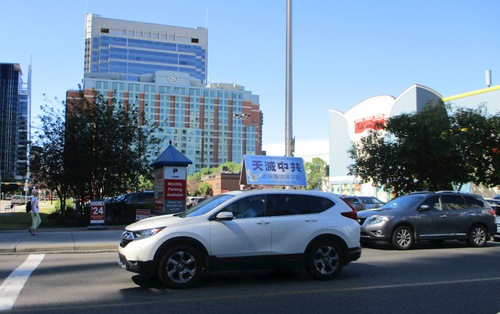 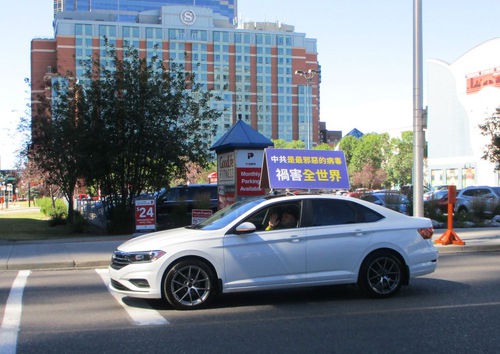 Car parade in Calgary’s Chinatown calls for an end to the CCP.

The two-hour car parade started from Chinatown, traveled around the downtown area several times, and across the city from east to west.